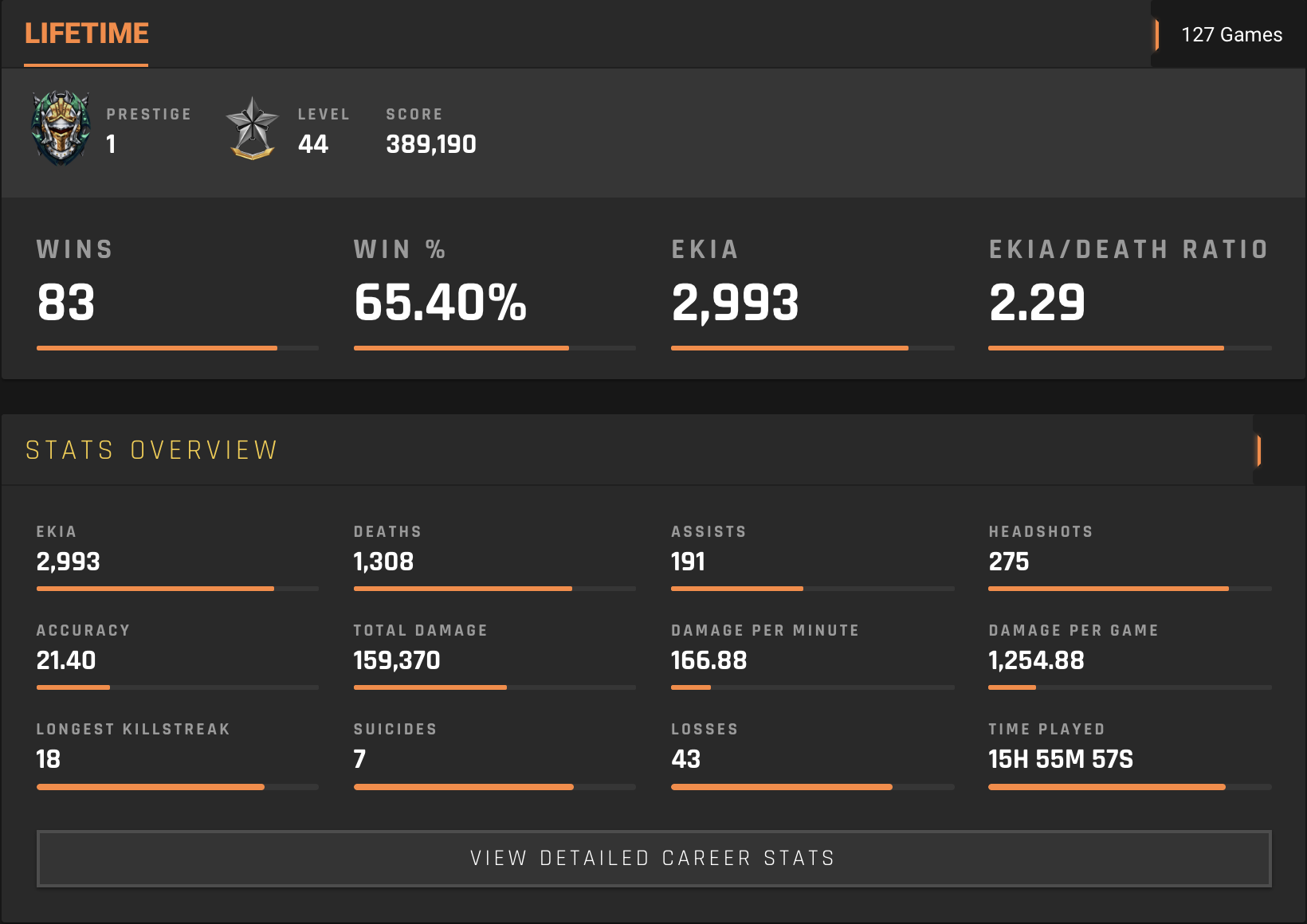 Treyarch is facing strong criticism over the decision of disabling Black Ops 4 Stat Tracking. Many Players have complained about the issue so far and the complain count is increasing every day.

Call of Duty Black Ops 4 has recently received a massive update on March 1 which included lots of changes and new features. With some fixes and minor updates for Multiplayer and World League, the patch may have included some update which removed the stat tracking option. It not confirmed yet that whether the tracking has been disabled through update or not. There are some speculations about the changes that were made in API of Call of Duty to disable the stat tracking. Now players do not have access to their game data. If you try to search for it, you’ll receive an error message displaying “not permitted” on the screen.

Apparently, this stat tracking option has not only affected the in-game stats but also third-party stating website. There are some sites like “Call of Duty Tracker” which provides Call of Duty Black Ops 4 player’s stats. It seems like their algorithm is also influenced by the changes in API. Although the web developers at COD Tracker did manage to design fix for the issue, still they announced that the website is no longer up to date. According to them, to keep the website up to date, they need the support of Treyarch or Activision and without it, it is not possible for them to update players’ game profiles. Their recent tweet stated that:

“Our temporary fix no longer works. COD Stats are not updating again.

Without @Activision or @TreyarchPC help, it looks like we will no longer be able to do stats for Call of Duty.”

A user at reddit showed his anger at Treyarch by posting a furious message on the website directly targeting the developers at Call of Duty to not doing their job properly. His post said that Treyarch and Activision promised game stats and leaderboards before but so far, they have failed to fulfill this promise. According to BMilla9, this step has been taken to hide the actual player count from the world. It is no secret that Call of Duty series has lost a big chunk of its player base in the last few years and it is surely embarrassing for them.

What are your thoughts on this step taken by Activision?