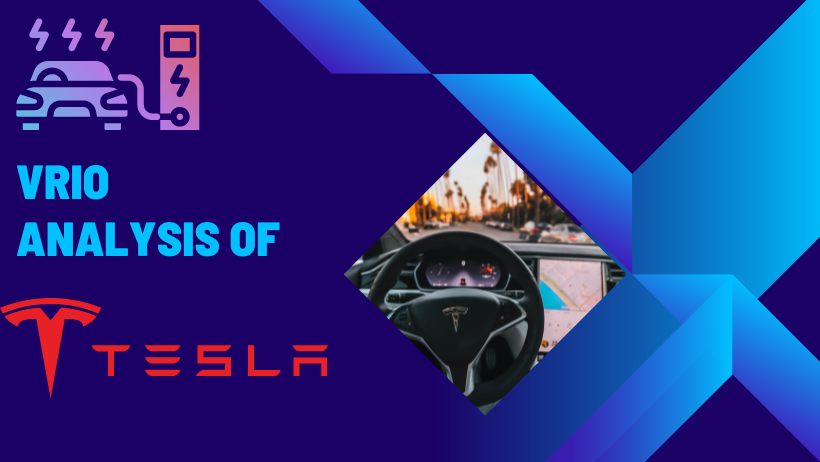 Tesla has built a strong brand image over the years. The company is an innovator and market leader in the electric vehicle space. Tesla’s cars are also known for their high performance and luxury features. The company has a unique position in the market, and its vehicles are not like any other on the road. The company has built up a strong reputation over many years, and it would be tough for another company to replicate Tesla’s success. Tesla is well-organized and has a clear strategy for its brand image.

A company maintains a competitive advantage over others when it possesses Resource and Capability-based core competencies.

Tesla is a company that is constantly innovating and pushing the boundaries of what is possible. Their research and development department constantly works on new and better ways to improve their products and services.

The Autopilot driver assistance feature is standard on all Tesla vehicles. Tesla has also developed a new self-driving car system that is much safer than any human driver. The key to Tesla’s success is its capacity to do solid scientific research and innovate.

No other automaker spends more money on R&D than Tesla. The corporation spends $2,984 on R&D for each vehicle manufactured, according to statistics provided by StockApps.com. That is more than the combined R&D budgets of Ford, GM, and Stellantis per car and is three times the industry average of about $1,000.

Tesla is also working on new ways to improve the efficiency of its electric vehicles. They are always looking for ways to make their cars go further on a charge and use less energy overall.

The company’s cars are often seen as status symbols, and Tesla owners are typically considered early adopters and trendsetters. Tesla has a strong following among celebrities and other high-profile individuals.

Their sales are growing every year despite having an advertising or marketing department. Word-of-mouth advertising is the primary kind of promotion used by Tesla. Customers drive their goodwill toward prospective customers.

Tesla’s manufacturing process is designed to be as cost-effective as possible. Every aspect of the production line has been carefully planned and optimized to minimize waste and maximize efficiency. This allows Tesla to produce high-quality vehicles at a fraction of the cost of traditional automakers.

One of the critical ways Tesla achieves such cost-effectiveness is by using a highly automated production process. Traditional automakers rely heavily on human labor to assemble vehicles, which is expensive and prone to errors. Tesla’s factory is mainly automated, with robots performing most of the work. This allows Tesla to produce vehicles more quickly and cheaply than its competitors.

In addition to its automated production process, Tesla uses several other cost-saving techniques. Tesla controls every stage of the production and distribution processes; its business model is distinct from that of conventional automakers. The approach is motivated by the need to reduce manufacturing and the cost of goods sold to ensure the company’s long-term viability.

Tesla’s commitment to cost-effectiveness has helped it become one of the most successful automakers in the world. The company’s vehicles are widely considered to be some of the best-value cars on the market, offering excellent performance and features at a fraction of the price of its rivals. Thanks to its innovative manufacturing process, Tesla can provide its customers with an outstanding product at an unbeatable price.

Tesla’s vehicles are also equipped with cutting-edge technology, including Autopilot, which allows for semi-autonomous driving. Tesla’s cars are also some of the safest on the road.

As an automaker, Tesla Motors constantly strives to improve its product range and designs. Tesla has limited models as compared to other brands like BMW or VW. Tesla Roadster is no longer available for purchase. However, Tesla still sells three different vehicles: the Model S, Model 3, Model X, and the Model Y. Tesla is working on a new Roadster, a semi-truck, and a pickup vehicle they’re calling the Cybertruck.

Pestle Analysis of Starbucks in Singapore