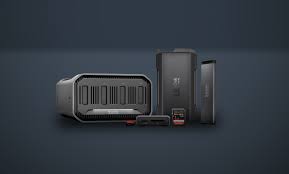 Western Digital today unveiled a new SanDisk Professional PRO-BLADE Modular SSD Ecosystem under the SanDisk brand, which is geared at creators who require fast portable storage devices that are capable of storing terabytes of data.

When not in use, the Pro-BLADE Transport Portable USB-C SSD enclosure can be used to store one of the PRO-BLADE mags for use on the go. When utilizing the enclosure with a USB-C compliant camera, it provides read/write speeds of up to 2000MB/s over USB-C, and it’s simple to shift between mags. It costs $70 to purchase the SSD enclosure, and there are additional packages available that contain one of the PRO-BLADE mags for a total cost of up to $240.

SanDisk Extreme Pro memory cards now provide data transfer rates of up to 200MB/s, thanks to an upgrade over Western Digital’s previous offerings. In addition, Western Digital claims that these are the world’s fastest UHS-I SD and microSD memory cards. The revised cards will be available in June at a starting price of $20, with shipping starting in June.