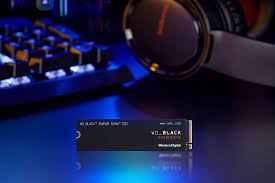 Since the introduction of the first hard drive with a capacity of one terabyte in 2007, we have made significant progress. The storage industry powerhouse known as Western Digital has just revealed a slew of brand new storage goods, one of which is an astounding hard drive with a capacity of 26 terabytes (TB). There are also models with slightly lesser capacities available, in addition to modern solid-state drives (SSDs) that you might find appealing if this amount of storage space is too excessive for your requirements.

According to Ars Technica, the Western Digital 26TB Ultrastar DC HC670 is the company’s enterprise hard drive that represents the pinnacle of their product line. Hard drives that were barely half that size were the largest you could obtain just a few short years ago, but the vast capacity does come at the cost of some conveniences being sacrificed. In order to fit more data onto the platters, WD was forced to employ the shingled magnetic recording (SMR) technique. You may recall that the business ran into some trouble a few years ago when they released smaller SMR drives without making that fact obvious to purchasers. Although SMR makes it possible to pack more people into an area, this comes at the sacrifice of speed.

Because of the fact that these new drives with a capacity of 26 terabytes will primarily appeal to corporate clients, Ultrastar is the only brand under which they will be sold. WD has developed a new 22TB drive specifically for the company’s ranges of products geared toward prosumers. The removal of those additional 4 terabytes made it possible for Western Digital to use conventional magnetic recording (CMR), which resulted in a capacity that was somewhat higher and a performance that was somewhat faster. These hard drives are going to be sold under the brand names Ultrastar, WD Red Pro (NAS), WD Purple (surveillance), and WD Gold (server). This summer, consumers will be able to purchase any of the new hard drives; however, prices have not yet been disclosed.

SSDs are the undisputed champions of speed, despite the fact that spinning hard drives still provide the greatest amount of storage space. Western Digital also plans to release some of them in the near future. The new Ultrastar enterprise SSD, which goes by the name DC SN650 NVMe SSD, will function via PCIe 4.0 and have a storage capacity that can reach a maximum of 15.36 terabytes. That is far more space than the typical solid-state drive (SSD) storage found in even the most expensive laptops. These drives are currently going through the sampling process but will not go into production until much later this year.

There are also new WD Black SSDs available for use in contexts that are not enterprise-level. With PCIe 4.0, the SN850X represents a modest upgrade in comparison to its predecessor, the SN850. It starts at $190 for a 1TB unit, and you can also get it in 2 and 4 TB capacities. As its name suggests, the WD P40 Game Drive is designed for computer gamers who do not wish to replace their existing internal drives. It has a maximum throughput of 2 Gbps, however in order to achieve that throughput, you will need a port that supports 20 Gbps USB 3.2 2×2 or Thunderbolt 3+. The 500GB model starts at $120, but there will also be models with 1TB and 2TB of storage space. There is also the SN740 SSD, which is primarily marketed for original equipment manufacturers (OEMs). It comes in a unique 30mm long type that has the potential to replace the internal drive in machines such as Microsoft’s Surface PCs. This means that it could potentially be in your next laptop. However, we are unsure as to whether or not it will be made available through retail channels.