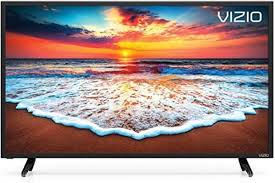 One of Vizio’s design choices, on the other hand, has caused some users to be perplexed. Many Vizio owners believe that their television does not have physical buttons since the buttons are typically situated in an unusual location and are not readily apparent to the naked eye.

In this post, I’ll show you how to locate the buttons on your Vizio TV and also discuss several other methods of controlling your set if you’ve misplaced your remote control. If you need further help, you can look into how to fix your Vizio TV that won’t switch on. Let’s get this party started!

Where Are the Buttons on My Vizio TV?

What ever the design of your Vizio TV may be, it will include at least one button, and most will have three or more buttons. It may be necessary to use a flashlight to locate the buttons, mostly due to the fact that they are so cleverly disguised. The Power button or Power/Menu button (and maybe other buttons) on your Vizio television can be found in one of two locations (since around 2013).

The following are the button placements for Vizio TVs manufactured in 2013 and later: 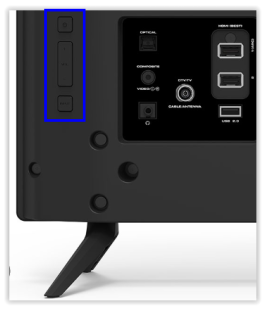 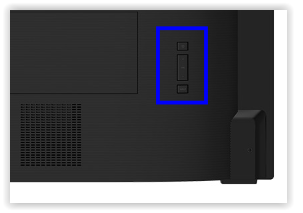 Depending on the model you own, you’ll notice a variety of various button types and button configurations to choose from. All of the buttons are functional, including the power button, which is required for turning on and off your television as well as power cycling it if it won’t turn on. Channels, volume, and input modes are all controlled by additional buttons on most models. Some versions feature only one button that serves as both the Power and Menu buttons, which makes it difficult to distinguish between them.

If you are unable to locate the buttons on your television or find them to be inconvenient to operate, there are other solutions available to you. There is a reason why all televisions are equipped with remote controllers. Nobody likes to get up from their couch every time they want to change the channel on their television.

Check out these various different options for operating your Vizio TV, even if you have misplaced or broken the original remote control.

To operate your Vizio from your smartphone, the most straightforward method is to download and install the SmartCast Mobile app from Vizio’s official website. With this extremely powerful app developed by Vizio, you can operate your Vizio television more intuitively and conveniently than ever before.

It contains all of the controls you’ll need, including Play/Pause, Volume Up/Down, and Power On/Off, among others. You may also adjust the aspect ratio, pick the input, and access all of the other options that would normally need the use of a remote control. 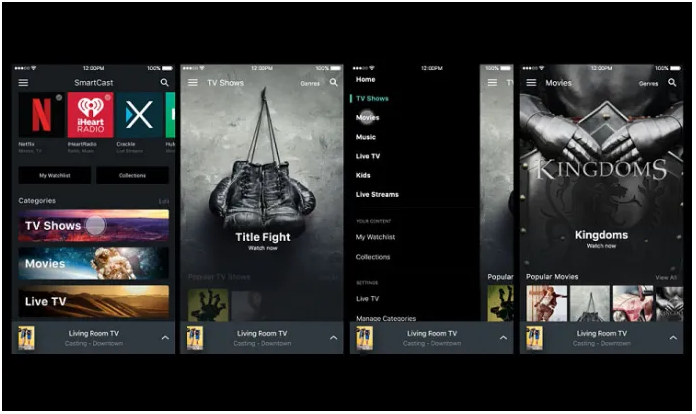 It allows you to browse among movies, TV shows, music, and other types of information that you would normally access on your television. Browse your library with ease, and the app includes other features such as voice control to make browsing even more convenient. The SmartCast application is available for both iOS and Android devices..

However, the major drawback to the SmartCast app is that it is only compatible with SmartCast-enabled televisions, which means that Vizio TVs manufactured before 2015 are not compatible. A strong and convenient alternative to using a traditional remote, this app is a must-have for everyone who enjoys gaming.

Option 2: Use an IR-Based Smartphone App

Another solution that will work on any Vizio TV is a smartphone app that uses infrared (IR) technology. Many Android smartphones today are equipped with an IR blaster, which is a module that allows the phone to send out infrared light pulses in the same way that a traditional television remote control does. 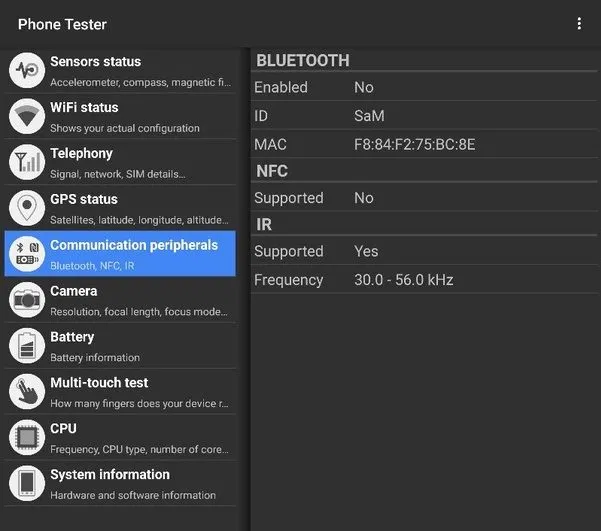 You can also perform a visual inspection: the IR blaster will appear as a small black dot on the top edge of your phone, possibly as small as a pinhead, if it is present. Assume that a visual investigation does not provide an answer to the query. In that case, you can download and install the Phone Tester app, which is a free programme that provides you with a plethora of technical information about your Android device. Simply launch Phone Tester and navigate to the “Communication peripherals” area of the program’s interface. As long as it states that infrared (IR) is supported, you are set to go.

There is a huge selection of IR remote apps accessible for download. VizRemote is a remote control that is designed exclusively for Vizio televisions. However, practically any infrared remote app should be sufficient for your requirements.

How to Make a TV in Minecraft

How to Restart Your Roku TV