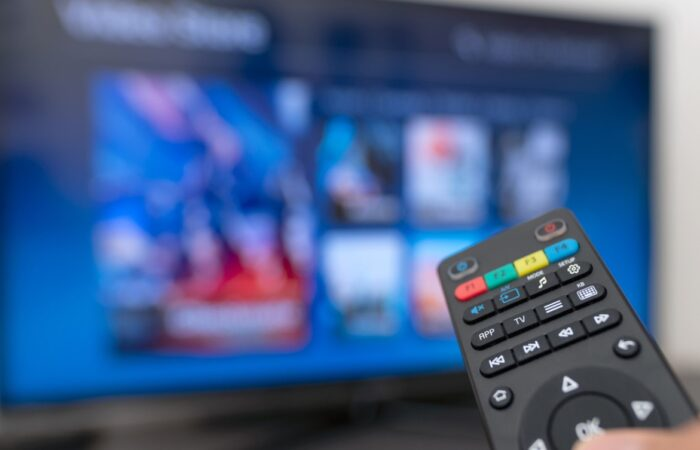 Since 2012, a decline in cable subscribers has been observed – almost 25 million U.S. households have already canceled their cable subscriptions and another 25 million homes are expected to cut the cord over the course of the next five years. The decline of paid cable TV is directly relative to the immense popularity of streaming platforms. When Netflix had emerged in the entertainment market, the big media houses did not care for it or upgrading their systems but adjusting with the new needs of customers, reevaluating and reinventing themselves seem like the only option. The reign of the internet had begun long ago and is now ruling the entire world with its services. From learning to working from home, shopping to watching your favorite shows and movies, everything is clenched in the claws of the internet. You can subscribe to the internet plus cable and phone plans as well at lower rates here at https://www.localcabledeals.com/optimum.

For more than ten years, media companies have been living off the re-runs of hit broadcast TV shows, for example, Seinfield, The Office, Family Guy, and Friends played a major role in the ratings of TNT and TBS. However, the digital rights of these shows were acquired by streaming platforms like Hulu, Netflix, and Amazon Prime Video. This created a shift in preference and henceforth power. Viewers started switching to these services on account of convenience and binge-watching satisfaction that comes along as opposed to waiting a whole day for one episode. This is an ideal case of what happened with Nokia. Companies, no matter how big or small scale, need to recreate themselves often to keep the customers engaged.

With the decline of cable subscriptions and the loss of this many households, media houses are looking at a loss of almost 25 billion USD in revenue which is going to be a major hit. This forecast has stirred a new wave of survival instincts in the media industry and during this year, big-league media companies like Disney, ViacomCBS, WarnerMedia, and NBCUniversal have reorganized their companies to get ahead of themselves and their old ways. Most of the cable channel networks have now started shifting their resources to step into the digital markets.

Disney with Disney plus, WarnerMedia with HBO Max, ViacomCBS with Paramount+, NBCUniversal with Peacock has already entered or would enter in 2021, the streaming world with packages ranging from free to 15 USD per month. The plan behind this sudden shift is to make revenue from streaming platforms to make up for the cable subscription loss.

Now the major question is why cable TV still exists? The short version of the answer to this question is live and sports channels. While the long version is that the last string of cable TV is being held by sports fanatics and the fact that most cable companies have started bundling cable channels. The ala carte option of channels has been restricted and now you get some unnecessary channels alongside the ones you want. This is another reason why people are ending their contracts with cable providers. From the likes of it, we can safely assume that this last string that is keeping the media companies floating is going to be dropped sooner than later as live streaming TV has started growing its popularity.

Live streaming services like YouTube TV, Philo, fuboTV, Sling TV, and AT&T NOW are some of the live TV platforms that provide the customers with the opportunity to watch live channels, cloud storage, and a vast channel lineup. Customers are being greatly attracted by these platforms. Hulu + Live TV options, although, is being appreciated a lot as it comes along with a great channel lineup, a video-on-demand library with thousands of shows and movies, and can be paired up with Disney plus and ESPN for triple fun.

With the said efforts of media companies, Disney plus has already won the first part of the streaming war by surpassing the lower range of its 2024 goal in less than a year – it has won 60 million subscriptions. Most of these subscriptions are on account of kid-friendly content, and Marvel, StarWars, and Pixar franchises. But the question arises, can all cable channel companies revive the way Disney did? It is highly improbable because not all media houses have the resources or the content that Disney had to carry out this immense successful operation with an enormous advertising budget but only time can tell how the companies approach this new race.

The estimated way forward for every industry, regardless of just media, is to integrate its operations with the internet. Especially the year 2020 has taught us a lot of things, what was considered a luxury till last year had become our annoying reality – working and studying from home, not being able to go out for recreation and entertainment, shopping from online stores, ordering food online from your favorite food places, and even getting medical aid online has defined the concept of a new life: getting whatever you want, doing whatever you want, from wherever you want with just a tap or click. Industries need to get ahead of themselves and their philosophies to keep on being relevant to the customer base or else what’s happening with the media industry.

Five years till 2025 are said to be the defining time frame for the U.S. media industry because we would have a clear picture of whether cable TV is going to become obsolete or will it be able to revive itself. On a personal level, I do not believe that it can revive its glory. The ease and convenience of life that streaming platforms offer cannot be availed along the lines that cable TV works. However, it is very much plausible to assume that the cable channel companies can bring it home by revising their strategy and playing their best foot in the streaming world. As such, 2021 is also going to have a defining moment for these media companies especially, NBCUniversal and ViacomCBS as their flagships are expected to make a mark in the digital world in the coming year.

We will have to wait to have a definite answer but till then, keep on streaming, keep on enjoying!

The Top 5 fast and safe YouTube to MP3 converters

How To Mute Voice and Text Chat in Overwatch 2