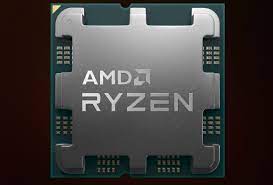 As a result of rumours that AMD’s Zen 4 processor will be the first to support just DDR5, motherboard manufacturers have stated that AMD is transitioning to a chiplet design for its next-generation motherboard chips. When AMD introduced its Zen 2 architecture, it famously introduced chiplet design, placing 7nm CPU chiplets beside a 14nm I/O hub die. However, a dual-chiplet motherboard chipset is a completely different animal.

AMD’s motherboard chipsets are designed in collaboration with ASMedia, and it looks that the dual-chiplet design will be limited to the X670 chipset, which is the company’s top-of-the-line model. According to Tom’s Hardware, both chiplets appear to be similar, but by doubling them up, the X670 is able to provide twice the throughput and connectivity of the single-chip designs utilized for the B650. In addition, the chiplet dies themselves will be manufactured utilizing TSMC’s 6nm manufacturing process.

The single-chip solution provides eight lanes of PCIe 4.0 connectivity, four of which are dedicated to PCIe 4.0 storage while the remaining four are shared between SATA drives and USB ports, according to the manufacturer. The X670 will presumably double this to 16 lanes, significantly improving the platform’s connectivity and positioning it as the platform of choice for hardcore storage enthusiasts.

As previously stated, the AM5 platform will support DDR5 memory and will also mark the introduction of AMD’s support for PCIe 5.0, which is already supported by Intel’s Alder Lake architecture. The next question is when we’ll see PCIe 5.0 graphics cards, and it’s possible that AMD will be the first to market with them, as Nvidia is rumoured to be sticking with PCIe 4.0 for its next-generation “Ada” graphics cards, according to rumours.