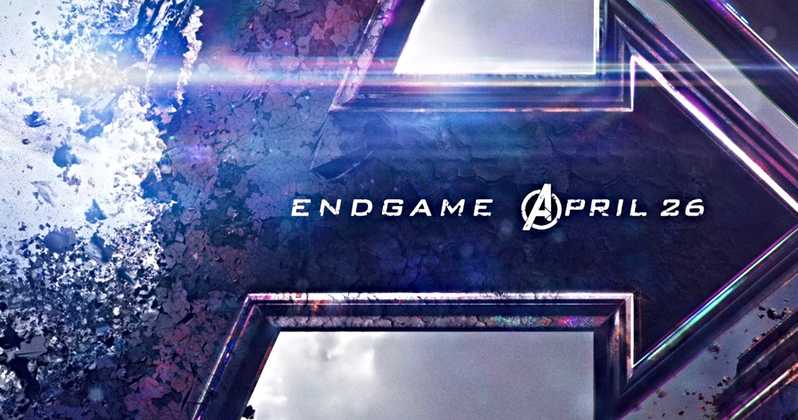 Thor hits Thanos in the chest with the Stormbreaker, ‘yes! he got him’, we thought but then, “you should’ve aimed for the head”, says Thanos and then, SNAP! just like that, Thanos wipes out half of all living things in the entire universe. We watched sitting in theaters in utter disbelief and shock, as our beloved heroes turned to nothing. Captain America watched his friends die on Earth while Tony witnessed the same on Titan. We walked out of theaters thinking, maybe the message Fury sent before he vanished would be it but there is a little more to it than just Captain Marvel being the ultimate hero in the end because this Avengers and just one hero ain’t gonna cut it. Ant-Man And The Wasp Ending

Before I talk about the trailer, let’s discuss a few things. Infinity War was a very decisive chapter in the Avengers’ saga but luckily it wasn’t the end. We learned a bit more about it by the end of Marvel’s Ant-Man and the Wasp after credit scene. Scott goes back into the subatomic realm to collect Quantum Healing Particles, but as he goes in, Thanos had already snapped his fingers. Pym family bites the dust but Scott survives. Does he survive because he wasn’t supposed to die or because he was in the Quantum Realm and Infinity Stones has no effect there? Now this is very important piece of information. Maybe these Quantum Particles are going to play a huge role in the story next. Plus Captain Marvel is yet to be released so there will be some information in there as well. So, let’s keep that in mind. Trailer begins with Stark recording his “supposed” dying message to Pepper. He explains how he is running out of water and air and that he might only have a day left before he’d simply drift off into the space. Tony seems like he has accepted his fate as he says ‘part of the journey is the end’. He seems to be on ‘Milano’ as he records the message but Nebula is shown to be on the ship as well although both are not shown together. Since these were the only two survivors on Titan so it can be assumed that wherever they’ll be together. A very unlikely pair but an interesting one for sure. Next bit shows Thanos’ armor hanging in the middle of a field looking like a scarecrow, I think. His hand is shown, he is walking in fields feeling the crops or something. He did say he wanted to watch the sunsets or something along those lines after he fulfilled his mission in the Infinity War. Has he become a farmer or something? Who knows but we know this, that he is not dead as many thought after he got hit square in the chest by Stormbreaker. He still has the somewhat melted gauntlet on his hand but the stones are not lit anymore like they did before he snapped his fingers so I would say that the stones have no power left anymore. Cap and Window are shown sitting at the Avengers headquarter, mourning the loss of so many. Captain even sheds a tear or two in the trailer. His glorious beard is gone though, which is a shame because he rocked that thing like a boss but maybe with the snap, his beard was killed too. Widow’s hair seem to be getting more blonde with each movie but she looks good nonetheless. Banner is shown looking at the missing and dead Avengers. Widow and Steve seem to have a plan, and according to Captain America, it’s their final hope.

Hawk Eye is back and he is wielding a strange looking sword instead of his iconic bow. He looks very rough and angry, partly because he lost a lot of his friends but also maybe because his family might have been killed by the end of Avengers Infinity War. He is shown to be fighting in the streets of Japan, wearing the much speculated Ronin outfit. Thor is shown sitting and doing nothing with his one bionic eye. I’m sure Stormbreaker is not far away from him which I believe will help bring Tony back since the weapon can open the bifrost. Trailer ends with Scott aka Ant-Man showing up at the Avengers HQ and Captain seems to be quite excited about it. And here is where the Quantum Healing Particles will come into play I think, assuming he got them back successfully. Particles and Stormbreaker, that has immense power, will come into play in a huge way in the ENDGAME. Rocket was not shown in the trailer so I am guessing he is on a bender somewhere but his expertise in weapon making will also play a huge role so I am guessing he will partner up with Bruce to work on some machine, machine like Dr. Pym’s miniature quantum tunnel perhaps that was at the back of Scott’s van. And guess what, the van is in the trailer. The one big thing is that we still don’t know if there is going to be a Super Villain in this last Avengers Movie or not. Because let’s face it, we do want to see our beloved heroes kicking some epic butt.

AND Thanos of course