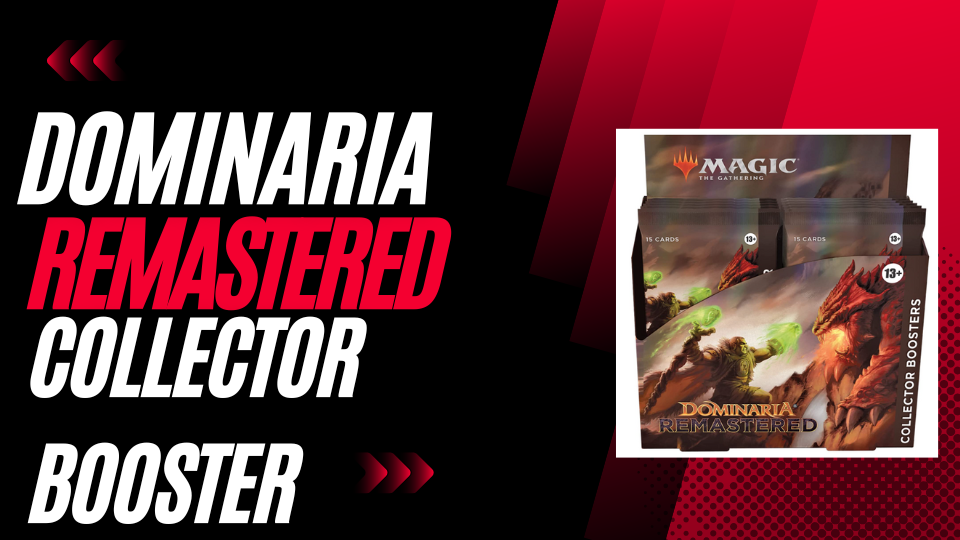 Dominaria Remastered is a Magic: The Gathering set that celebrates the game’s history and is set on the plane of Dominaria. Here is the link to buy it directly from Amazon.

The set will be available for purchase at local game stores, online through Amazon, and other locations where Magic: The Gathering products are sold.

Contain a variety of cards, including 1 traditional foil retro frame or borderless rare or mythic rare.

No borders and featuring new artwork of fan-favorite cards from throughout Magic’s history; 45 in set including 1 common, 4 uncommon, 23 rares, and 17 mythic rares; found in both non-foil and traditional foil versions in Draft and Collector Boosters.

The Gathering set that is being remastered and released in January 2023. It contains 271 cards and is available in two types of booster packs: Draft Boosters and Collector Boosters. Both types of booster packs can be purchased individually or in displays. Dominaria Remastered will be available for purchase at local game stores and online retailers.