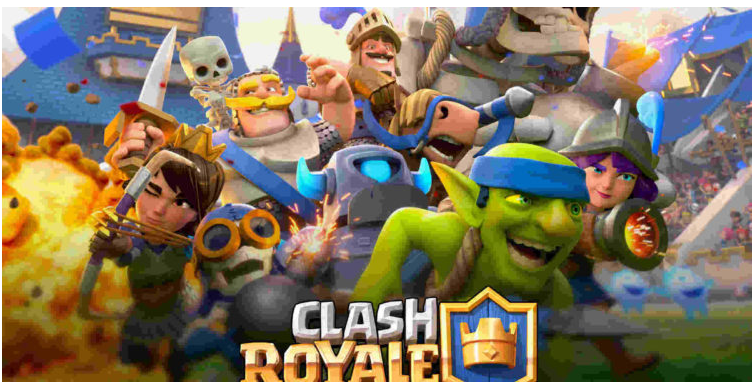 Players frequently overlook the fact that they are able to customise the colour of their names, despite the fact that the game is packed with one-of-a-kind features and gaming dynamics. You’ve come to the right place if you either don’t remember how to do it or don’t know how to do it. In this short and easy-to-follow tutorial, complete with accompanying images, you will learn how to alter the colour of your name in Clash Royale.

Completing the tutorial is a good way to quickly reach level 4, which is required before you can begin changing your character’s colour in the game. Here are the actions to take once you become eligible for something:

Read Also; How to Add Friends in Clash Royale

How to Change Name Color in Clash Royale

1. Go to the Clash Royale Settings Press the button in the top right with the three lines, which will open a small menu with a number of various options. Tap the ‘Settings’ button that appears on that pop-up, and then navigate to the part where you can modify the colour of your name. As soon as you open the settings, the option that says “Change Name” will become visible in blue on the right side of the screen. When you tap the button, a pop-up message will appear informing you that you are only allowed one free change to your name throughout your account’s lifetime.

This is true even if the only modification you make is to the colour rather than the name itself, as this is still considered a name change in general.

After that, the only option to change your name again is to pay real money, which will be turned into the game’s Gems currency and can be used to buy more name changes. After that, you will no longer be able to alter your name. If you are not prepared to invest real money, the price for a single modification after that is 500 Gems, which is a lot to make by merely grinding in the game – and it even increases later on based on the policy of the developers at the moment. In either case, after you are prepared, hit the “Okay” button that is located on the warning, and then move on to the following step.

3. Enter your desired name and color This is where things start to become complicated, but don’t worry; it’s still really simple. You have a choice between eight distinct colours, and the numbers that correspond to those colours vary. The following is a list of the colours and their corresponding numbers:

To use any of these colours, simply type the color’s name into the box labelled “Enter New Name” in the following format:

The ‘x’ that comes after the letter c represents the number, and the name that appears in the middle is what you will fill in based on the option that you select. Therefore, the following would be an appropriate illustration of a coloured name:

In addition to this, you are free to use multiple colour names at the same time if you so like. The following is the correct method to type the code for that:

After you have provided your name and the colour code, all that is left to do is click the “Continue” button so that you can go to the next step. The game will prompt you to instantly re-enter your name after you’ve already given it, and it will do it immediately. Simply enter the same name and code again, and then press the “Continue” button once more. In the event that the code only appears in the bar as 2> rather than c2>, you need not be concerned because this is merely a formatting issue, and the code is still being input correctly. After you have re-entered, the game will eventually inquire as to whether or not this is the name you desire, and the colour will already be applied when you view the name in preview mode. If both the name and the colour are just what you had in mind, all you have to do is put “CONFIRM” into the text box and then click the “Okay” button, which will become green once you do so.

Remember that your name should NOT be accepted if, after completing this step, it has not been coloured. Instead, you should restart your attempt. There are also players who claim that it does not work for them unless they have a Golden name, which is the game’s equivalent of a Battle Pass. If it does not work for you, there is a remote possibility that it is because the game has arbitrarily decided that you need to have a Golden name before it will work for you.

What does a red name in Clash Royale mean?

It indicates that they have a deck equipped with xbow.

What does a green name in Clash Royale mean?

Conflict in the Universe. Join. Figure out how to alter the name of your Clash Royale game into a variety of colours by reading this guide. The number is as follows in this instance: 1:Black 2:A Vivid Scarlet 3:Bright Green 4:Dark Blue 5: A pale blue colour 6:Purple 7:Yellow 8:Purple 9:Dark Red You can also utilise this approach while chatting with your clan. The game Clash Royale.

What happens if you trade a max level card?

You are given a card stating that it has been maximised, which results in the 250 commons being converted into 1250 gold. You hand over a card that is at its maximum level in exchange for 2,500 gold. Therefore, as is the case with the donations, you will be required to pay the entire shop value for the maxed cards that you offer, and if you are given a card that you already have maxed, you will only receive half of its original worth.

How to Breed Villagers in Minecraft