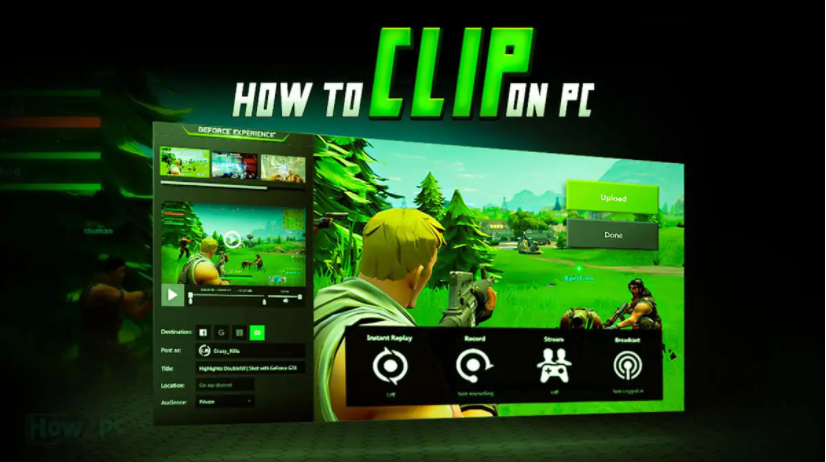 In the film and television industry, clipping is an essential part of the workflow. Many people use video snippets to enhance their products. You need clips, whether you’re a gamer who wants to share his best moments with friends or a professional cameraman who wants to improve your product’s iteration. The number of places where you can post short videos has exploded. Short videos have become increasingly popular on sites like TikTok, Youtube Shorts, and a host of others.

Here, you’ll find all the information you need to make your own short video using your own video clips. We’ll show you how to record clips on a PC in this article. To make things easier for you, I’ve compiled a list of three ways to take video clips, each utilizing a different programme. One that best meets your requirements can be selected. So, without further ado, let’s get started with the first step.

Read Also: How To Add Friends In Minecraft PC

How to Clip on PC with the Xbox Game Bar?

For years, PC gamers have been clamoring for a built-in game recorder for Windows 10 to be included. The Xbox Game Bar was ultimately added by Microsoft in 2019 in response to popular demand.

In this way, it functions as a substitute for the native Windows recorder. Because of this, the Xbox Game Bar was designed with simplicity in mind by Microsoft engineers. As a result, it’s ideal for the casual gamer who wants to record gameplay footage on their gaming PC. As a built-in Windows feature, the Xbox Game Bar does not need to be purchased separately. Activated Windows and a Microsoft account are all you need. Make clips on PC with the following steps if this programme is a good fit for what you’re searching for.

Make sure you have the Xbox Game Bar activated in Windows before proceeding. Click the option that comes after typing enable Xbox Game Bar into the Windows search bar. You’ll notice an option to activate Xbox Game Bar in the new window that appears. Flip the switch style selector if this option is not immediately activated. Let’s get down to the business at hand, namely, capturing clips from the Xbox Game Bar. You should know that Xbox Game Bar footage are only available for 30 seconds of gameplay at a time. You must accept this as a reality of life. You may cut the Xbox Game bar by following these instructions:

Alternatively, you can record a clip in a single linear setup if you don’t want to go through the laborious process of going through each menu by hand. The Windows + Alt + G key combination is used to activate this shortcut. Windows will save the past 30 seconds of the game automatically if this key combination is hit.

Xbox Game Bar is unquestionably a user-friendly feature. It’s quick and easy to get up and running, and setup takes only a few minutes. As simple as the Xbox Game Bar is to use, there is a downside to the recorded video quality. Despite being fine for home usage, Xbox Game Bar clips lack a professional quality.

How to Clip on PC with the Graphics Card Software?

The graphics card technique is what we’ll go over next. It doesn’t matter which business makes the graphics card; both Nvidia and AMD provide software that allows for PC video recording. The quality of the video clips taken using the graphics card software is superior to that of the Xbox Game Bar, as well.

Be sure to have the most recent versions of each of these devices’ drivers installed before continuing. Nvidia and AMD users should use Geforce Experience or Radeon software, respectively, to perform driver updates. Let’s get started with Nvidia’s technique of collecting clips now that we’ve covered the basics.

We’ll use the GeForce Experience’s instant replay feature to generate video here. That’s how it works, as follows:

As you can see, Nvidia gives you a lot of flexibility when it comes to personalizing your graphics card, and while this approach may appear complicated at first, it is actually rather simple. Now that Nvidia has been dealt with, let’s move on to AMD.

When it comes to making clips on a PC, the Radeon programme is equally as good as the Nvidia software. On the other hand, the process on AMD is a lot easier.

Just in these simple steps, you can create clips on PC with the AMD Radeon Software.

How do you clip last minute on PC?

A fantastic feature for low- to mid-range PCs, Nvidia’s ShadowPlay is simple and reliable. When utilizing an alternative to ShadowPlay on a budget system, we recommend removing the programme to prevent GFE from operating in the background and slowing things down even further. ‘

How To Play Pokemon On PC

How To Send A Gift Card On Facebook – The Easy Way!