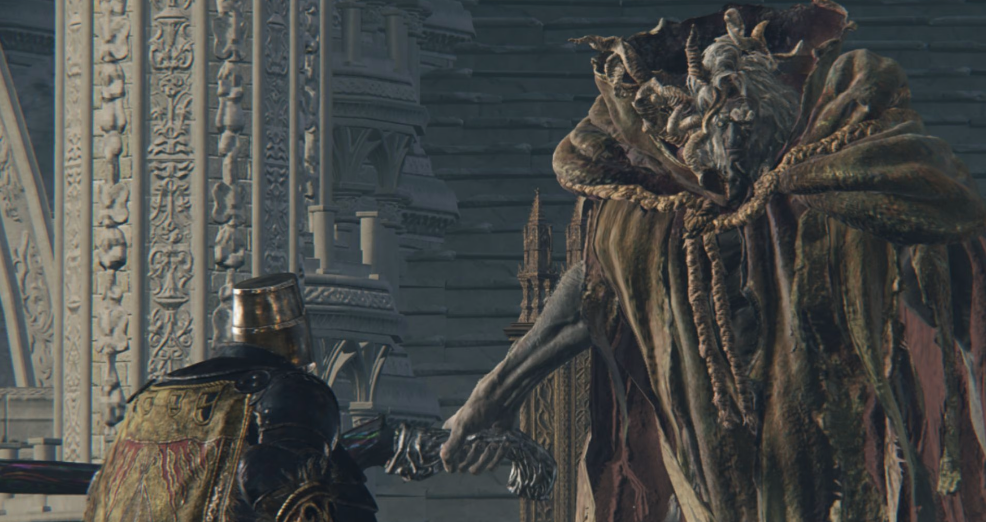 In Elden Ring, at some point in the game, players will have to make their way through Leyndell, the Royal Capital, and face off against Morgott, the Omen King. Morgott is a formidable yet well-known adversary who acts as the gatekeeper for various late-game regions. He must be defeated before any of the game’s endings may be accessed. The gamers will find a number of tips, tricks, and strategies in this book that will assist them in overcoming this dangerous adversary. Morgott, the Omen King, can be defeated in Elden Ring by following these steps.

Read Also: How to Equip Items to Pouch in Elden Ring

How to Defeat Morgott the Omen King in Elden Ring

At the outset of the fight, Morgott employs the same fighting style he did against “Margit, the Fell Omen,” recycling his attacks and moves from their first encounter. Players should keep an eye out for his Hammer slam attacks and use them as an opportunity to dodge around behind him for a counterattack, as they are well telegraphed and easier to read than his other attacks. It’s important for players to keep a watch on his empty hand to predict what weapon he’ll conjure and to plan their dodging accordingly, as he’ll occasionally conjure a spear to jab forward rapidly. He’ll also throw daggers at the player from a distance, but darting to the left or right after seeing his throw should be easy enough to avoid damage and give the player time to recover, use items, or cast spells.

His hammer combination is his most dangerous strike in this phase, and it begins with him conjuring a hammer and charging the player. Then, Morgott will unleash a flurry of sweeping attacks with hammer and sword, but after the combo ends, he’ll have a window of opportunity during his recovery animation in which he’s vulnerable to attacks. Players should get as far away from Morgott as possible when he reaches half health, as he will drop on one knee and begin charging an explosion attack. From then on, Morgott will launch strikes with more frequency and add many additional lethal attacks to his repertoire.

One of these includes him summoning dozens of swords into the sky above the arena, and then, after a brief delay, raining them down. The easiest method to avoid being cut by his blades is to get out of his way and out of the line of the blades’ path.

In addition to this strike, Morgott’s other actions during this phase suggest he is somehow connected to Mohg, Lord of Blood. With this new ability, Morgott can cover his blade in crimson energy and then slash twice, sending shockwaves a short distance. If you want to avoid getting sliced twice, make a roll to the left or right as he swings, and then use that as an opening to go behind him and launch a melee attack. Players that specialise in melee weaponry will need to capitalise on the few windows of opportunity that exist between Morgott’s attacks. The most prominent of these are his recovery animations after utilising his hammer attacks or, during phase 2, the recovery animation of his charged sword thrust assault. Both of these animations are used to recover after performing the respective attacks.

Due to the fact that Morgott can only attack from a distance by tossing his spear or daggers, which are very easy to avoid if players keep an eye on him, it is quite beneficial during this fight to take a step back in order to heal and utilise supplies.

Players will be able to do additional damage to Morgott throughout the battle if they use weapons that have a slashing attack, as he is most susceptible to damage caused by slashes. On the other hand, he is immune to harm caused by holy sources, so it is advised to refrain from employing weapons that provide holy damage when engaging in this battle.

It is relatively simple to avoid Morgott’s two ranged attacks and pick him off from a distance using spells like Glintstone Pebble, Great Glintstone Shard, Magic Glintblade, and especially Comet Azur if the player has learned it. Sorcerers have a significant advantage during this fight due to the fact that Morgott primarily uses melee attacks. In particular, Comet Azur is devastating during this fight, especially when combined with a Flask of Wonderous Physick that has been blended with a Cerulean Hidden Tear to lower the casting cost to zero.

Simply set up the assault (perhaps with the assistance of Melina and/or Spirit Summons to keep Morgott occupied), and then concentrate the spell on Morgott to quickly reduce the amount of health he has remaining. When he enters phase 2, wait for him to cast his sword rain spell or concentrate his attacks on an ally, and then cast again to continue destroying him. Alternatively, you can wait until he uses an ally as a target for his strikes. It is important for players to keep in mind Morgott’s natural resistance to holy damage whenever they consider using Incantations for this fight and to avoid casting spells that deal holy damage. The dragon incantations Rotten Breath and Ekzykes’ Decay are very effective spells for defeating Morgott because they have the ability to inflict crimson rot on him while also causing a significant amount of damage.

Inflicting damage on Morgott using Smarag’s Glintstone Breath and Glintstone Breath is also incredibly powerful when used by themselves. Flame Incantations like Catch Flame, Flame Sling, and Flame of the Fell God are also quite powerful at dealing damage to Morgott from a distance. Morgott is immune to these types of attacks.

What level should I be to beat Morgott The Omen King?

If you are level 80 or higher and have weapons with a bonus of +15 or higher in Elden Ring, then you are in excellent shape to take on the Morgott boss fight. We say this because, by this time in the game, you will have acceptable builds that are also well-performing, and these builds are capable of effectively performing against challenging bosses like Morgott.

Is Morgott the final boss in Elden Ring?

Morgott, the Omen King, son of Marika and Godfrey, is the ultimate monster of this section, and he is waiting for you at the very top. It is expected that at this stage in Elden Ring, Morgott’s face will be well known.

What is Margot weak to?

If you are seeking to deal some additional elemental or affliction damage to Margit, then Fire is a smart place to start. This is especially true when you consider that you can learn how to produce Firebombs rather early on in the game. Margit does not have any obvious weaknesses. If you have any Intellect at all, it’s also a simple vulnerability for a spellcaster to take advantage aof.

How to Disconnect Apple TV Remote from iPhone

How to Disable Recording in GTA V on PC