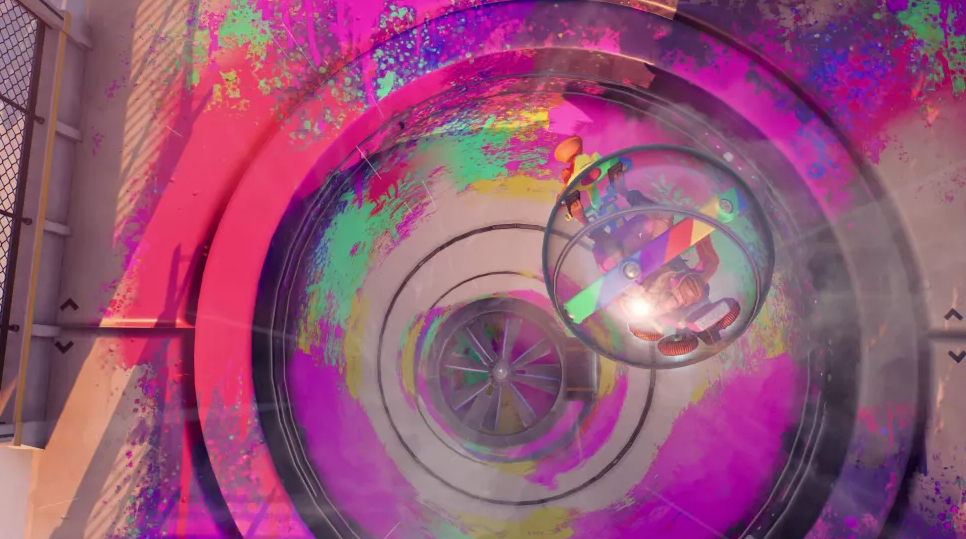 Players of Fortnite are tasked with driving one of the game’s Baller vehicles into the Wind Tunnel on the Island as part of one of the most interesting challenges introduced in Chapter 3 Season 3 of the game. Combining a vehicle that was featured in one of the game’s earlier seasons with one of the more intricate areas on the game’s newest map creates a particularly intriguing challenge for Fortnite players. Players have a variety of options available to them for gaining experience points in order to unlock all of the content that is included in the Fortnite Chapter 3 Season 3 Battle Pass; however, by landing at the Island’s Rave Cave and hopping into a Baller, players can complete one of their challenges in a manner that is relatively speedy and unobtrusive.

A Wind Tunnel surrounds the Rave Cave and its rollercoaster. This Wind Tunnel is formed by turbine-shaped gates that create a circulating tunnel of air that can carry players around slowly in mid-air. According to the instructions for the most recent Fortnite challenge, the Wind Tunnel has the ability to transport the Ballers that spawn in the Rave Cave’s vicinity at a number of different locations. The following is a walkthrough of how to enter a Wind Tunnel in a Baller in Fortnite: Battle Royale.

Read Also: How to Download Fortnite on Nintendo Switch

Find a Baller is the first step that players need to take in order to take a Baller through the Wind Tunnel in the Rave Cave. As was just mentioned, Ballers can only be found in one location: the Rave Cave, which is located in the far northwestern part of the map. The Rave Cave is also home to a few non-player characters who appear in Fortnite. The easiest way to locate Ballers in Rave Cave is to just follow the rollercoaster track as it winds its way around the area. Ballers spawn in a variety of locations around the cave. However, players should keep a watch out for other players since Rave Cave is a popular landing location in the current Fortnite meta because it provides a lot of gear and equipment as well as a fun rollercoaster ride. Players should keep an eye out for other players while they explore Rave Cave. After the player has located a Baller, they can get inside of it and ride the rollercoaster track until they get to a point where the track is adjacent to the Wind Tunnel. Because Ballers have a tendency to become caught on the rollercoaster track, the player should make use of the grapple tool that the Baller has in order to connect themselves to one of the turbine gates in the Wind Tunnel. After reaching that point, it is rather simple to use the boost on the Baller to gain a little bit of additional velocity in order to swing up into the air currents that are present in the Wind Tunnel. There are other Baller challenges in Fortnite; therefore, players may choose to familiarize themselves with these and complete them simultaneously. However, there is a another approach that may be taken by players that want to finish the challenge without having to perform any acrobatics. The rollercoaster track that travels through the Rave Cave actually includes a brief segment known as the Wind Tunnel. This segment transports players and Ballers closer to the peak of the Rave Cave mountain. Riding a Baller through this miniature wind tunnel will still count toward the completion of the challenge, even though the trip itself might not be very enjoyable.