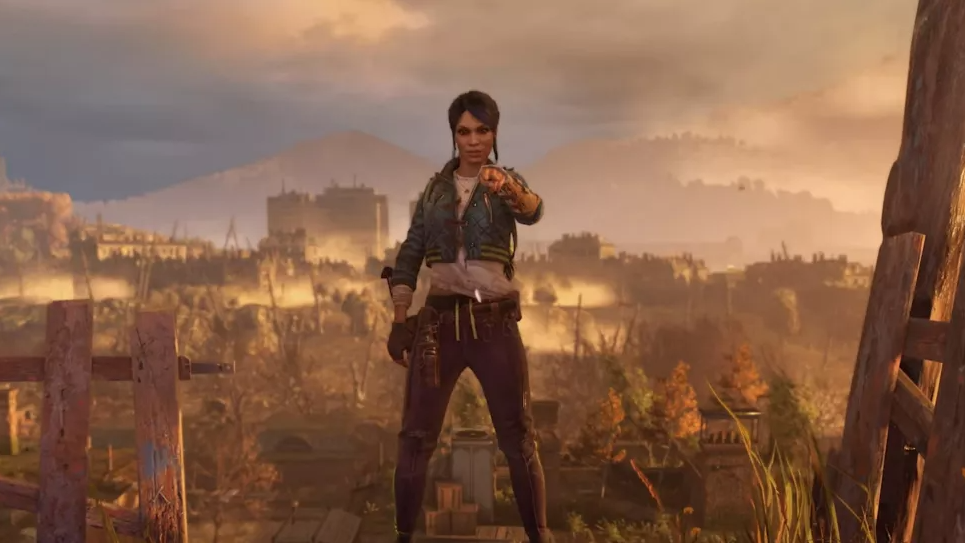 The open environment of Dying Light 2: Stay Human may be navigated by players with the same kind of fluidity and speed that is frequently absent in other open-world games like Far Cry. This feature was carried over from the game’s predecessor. This is possible as a result of the game’s Parkour mechanics and how well they interact with the surrounding environment. In Dying Light 2, moving around is so simple that you won’t even need the paraglider that you obtain later in the campaign.

In spite of this, Dying Light 2 is an improvement over its predecessor in every respect; yet, it is a substantial game with a sizable area that offers a level of verticality and density that is comparable to that of the original Assassin’s Creed games. The only difference is that this time the heavily populated metropolis is infested with undead creatures that become even more dangerous when night falls. Therefore, turning on and making full use of the game’s fast travel function will be at the top of the priority list. So, in order to quickly get around in Dying Light 2, these are the instructions:

How To Fast Travel The system for fast travel in Dying Light 2 is very similar to that found in the vast majority of other games. Simply open up your map, look for a legend symbol that depicts three white arrows heading in the direction of the right, place your cursor over the icon, and keep your quick travel button pressed down while doing so. If you are playing the game on a next-generation console or a computer that has a solid-state drive (SSD), there is no loading time.

When a player has progressed through Dying Light 2 to the point where they have reached the Downtown area, they will be able to unlock the option to employ the rapid travel system. This implies that you won’t be able to access it until somewhere between eight and twelve hours have passed since you began playing the game’s primary story mode.

The Downtown region is home to a number of metro stations, and in order to access some of them, it will first be necessary to clean them and clear them of any zombies that may be lurking inside.