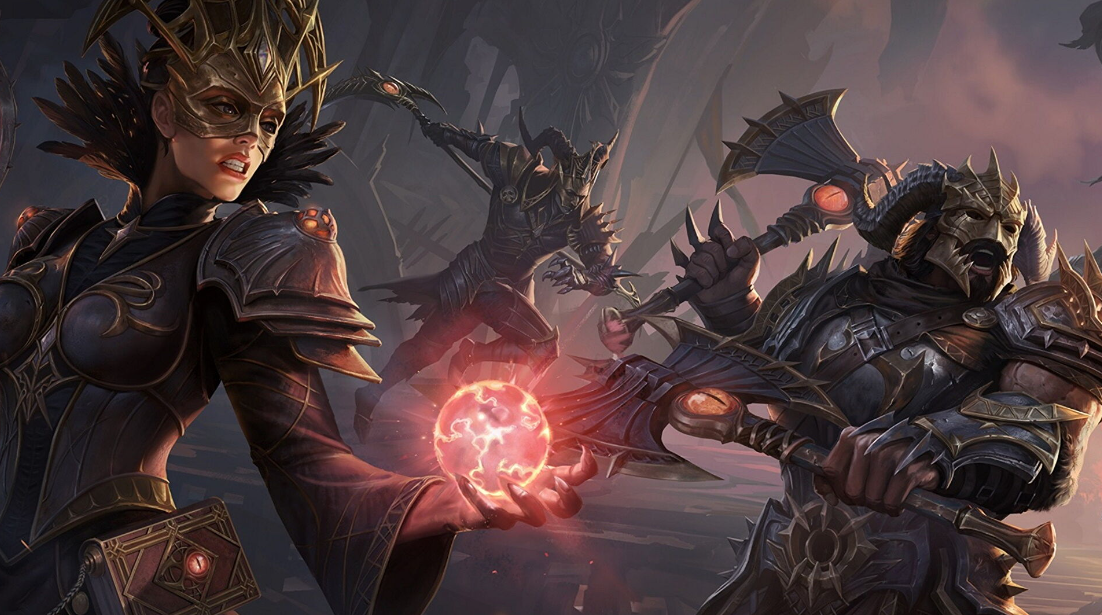 In Diablo Immortal, a player’s perception of their own strength is contingent on a variety of circumstances. Players are granted access to new powers as well as higher-level adaptations of existing ones when they level up. Once a player has reached the maximum level for the game, they are eligible to obtain Paragon levels. These levels grant additional stat boosts and special effects that can be used when the player is engaged in combat. Increasing your level in the Helliquary is a fantastic and sometimes neglected way to improve your Combat Rating. Due to the fact that there are so many people participating in raids, it is typically not difficult for players to find a method to join one. Having a strong group to take on the Raid Boss will be essential, as doing so requires a significant amount of cooperation and coordination on everyone’s side.

Many players may be accustomed to dragging unrelated strangers or even friends through Dungeons, Elder Rift, or even Challenge Rift. These three zones are all considered to be difficult. Having said that, this is a completely different degree of difficulty and is something that cannot be carried by a single person at this time.

Since there is a reward available once a week for completing Helliquary Raids, this is another activity that does not need to be completed very regularly. It is sufficient to clear it once a week, but it certainly doesn’t harm to assist others or run it more frequently for mechanical practise in preparation for future runs. Because this is the only place where players can get Scoria, the prizes for clearing the Raid are undeniably worth the time and effort required to do so.

Players are able to Refine their Scoria and put it toward levelling up their Helliquary by taking it to any Blacksmith in the game. It even provides additional places for things that assist gamers become stronger, particularly when they are participating in Challenge Rifts. Because clearing Challenge Rifts at higher levels also boosts the quality of Elder Rifts drops, it is something that all players should focus on pushing as far as they can in order to maximise their rewards. Even though the raw numbers earned by levelling up the Helliquary might not seem like much at first, they are nevertheless beneficial and build up with time. The majority of the time, players will increase their Combat Rating by equipping better gear. However, it is essential to the evolution of a character to be aware of which pieces of equipment to equip and why. The majority of players will equip anything that has a green arrow on it; however, it is extremely inefficient to choose an item that has a little bit more vitality or potency over one that has a lot of strength (if playing a physical class) or intelligence (if playing a magical class) on it.

The next thing for gamers to think about when examining Gear is the Gear Score that is associated with it. This is one of the primary factors that goes into determining the Combat Rating, and it is not something that should be neglected unless there is a very compelling reason to do so, such as the one that was discussed before. The final consideration that players need to pay attention to is the rarity of their equipment.

From most common to least common are the following rarities:

The higher an item’s rarity, the greater the number of Stat Affixes that can be associated with it. Having access to an additional stat line has a significant impact on the Combat Rating Score, in particular when the additional stats are those that are considered priority stats for the Class that is being employed. On the other hand, in Diablo Immortal, it is very different, has a significant effect, and calls for a significant amount of planning and strategy. The unique affects and capabilities that Legendary Gems grant to players change depending on the specific Legendary Gem.

The decision of which Legendary Gems to pursue can be rather challenging, particularly for players who are still exploring different build routes and are working their way through the levels of the game. However, after players have determined the primary construction path they want to take, they can begin working to either create, buy, or hunt down the necessary Legendary Gems for their character.

The next item that must be taken into consideration is the fact that different star levels are only home to a select few Legendary Gems. Because there are some 1-star and 2-star gems that are distinct from 5-star gems, it is generally recommended that players begin with a basic 1-star and 2-star gem setup before attempting to aim for a 5-star gem arrangement.

The effect of resonance is to add a certain percentage to each stat. Gains in percentage are extremely valuable due to the fact that they can only increase in magnitude as a player’s overall strength increases. For instance, five percent of one hundred is merely five, while five percent of one million is fifty thousand. That is a significant distinction, and it will continue to bring more and more value to the game as players progress farther into it.

What is Combat Rating?

The amount of damage dealt and sustained is impacted by a character’s Combat Rating, which is a Secondary Attribute in Diablo Immortal. Your Combat Rating is compared to that of the enemy’s Combat Rating to determine how much damage you deal and suffer.

Because of this, maintaining a high Combat Rating and staying in places of Diablo Immortal where your Combat Rating is either higher than or equal to that of your enemies is essential in order to make advance through the game without too much trouble.