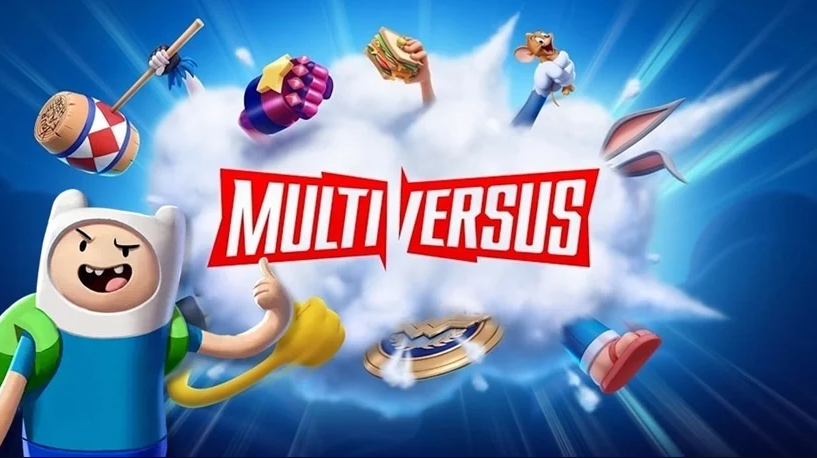 Along with his older brother Jake the Dog, the Adventure Time TV show character Finn has made his way to the MultiVerse. It is believed that Finn is the only human alive. Finn’s move set, which allows him to fulfil the role of assassin within the game, focuses on quick horizontal assaults (both on the ground and in the air), projectile denial, and mobility. This article will walk you through locating and using Finn’s Key Abilities in MultiVersus so that you can dominate the game. So let’s get started:

Read Also: How to Create WB Games Account in Multiversus

In most situations, you want to make the most of Finn’s horizontal advantage whenever you possibly can. This holds true whether the conflict is being fought on the ground or in the air. To accomplish this, you will need to combine his The Sword Stuff! A three-hit combo that follows an attack and a side attack with Get Skronked! (Special and Side) intertwined with one another. Take note that the air variation consists of a two-hit combination followed by a special move. If you’re feeling under pressure, throw in a few of dodges during this combination, switch sides, and then keep going with the combo. You should carry out this strategy while also setting up one of your most potent knockout plays.

It’s a high five, man! (Neutral Special) is an extremely predictable attack, and this is especially true if your goal is to build up as much of a charge for it as you can before using it against the adversary. However, if you are quick enough, you can use it to knock someone away from you in the middle of a brawl by giving it a rapid tap. For the more lethal version, the one you’d charge up, seek for a chance to send an opponent flying when they are descending towards you from a higher location. Sending them flying will require you to charge it up. When the adversary is utilising a static charge-up of their own, such as Shaggy’s Zoinks!, you have another strong opportunity to knock someone out of the fight. Or the Amazon Shout used by Wonder Woman. The majority of players make the error of believing that Finn’s Backpack Attack! (Special + Up) functions in the same manner as Taz’s Taz-nado and so try to use it excessively. You want to use it sparingly and then spring it on your opponents in the thick of a conflict so that they are caught off guard and unable to prepare for it. Be aware that in order to get it going, you will need a little bit of breathing room because it is possible for there to be interruptions. Then, give them a hit from your backpack that is fully charged, and watch as they take flight. Additionally, and this may just be anecdotal evidence, it appears like the enemy is always launched toward the nearest edge after being hit by the final blow of this strike. The air version is much more dependent on the specific circumstances, although you can utilise it if the chance presents itself to throw someone into the top ringout.

This is a life-saving piece of advice that it appears very few Finns really put into practise. A Gem item will be dropped to the ground if you use Throwin’ Stones (Special + Down while in the air) with some coins, which you should always have on you. You should always have monies on you. This Gem can serve as a “save position” for you, which you can employ in the event that you are in imminent danger of being knocked out and have no other available choices. Therefore, if all else fails, you can always give Special + Side a shot and see if you can get Finn to safety that way. In the current state of MultiVersus, I believe that Finn is the best character overall, particularly when it comes to the 2v2 play mode. It won’t take you long to get the hang of him despite the fact that he deals a lot of damage and has what is likely the finest horizontal game of any character.

Is the Finn overpowered?

It is interesting to note that as far back as the game’s closed alpha test, Finn was considered to be one of the game’s best and most overpowered characters. In fact, the director of MultiVersus, Tony Huynh, even pointed out on Twitter that Finn was much too powerful for his own good and that he would be receiving nerfs because of this.

Why is Finn so broken in multiverse?

However, since that several of the more clearly overpowered techniques have been nerfed in MultiVersus, Finn has moved to the top of the list of the fan base’s most disliked characters. This is because Finn has the ability to transform into a variety of different animals. Players have referred to the adventurer hero as “broken” because to the fact that his move set can be easily spammed and he has the capacity to out-trade a large number of enemy counters.

Does Finn have a crush?

Finn has a crush on Huntress Wizard from the very first minute he meets her, although he initially rejects it. His revelation at the end of the seventh season episode “Flute Spell” is both beautiful and tragic.

What is Finn’s weakness?

Weaknesses. Not very intelligent and relies primarily on instinct. Aggressive mentality. When he believes he has the upper hand or advantage, he opens himself up to the possibility of becoming vulnerable.