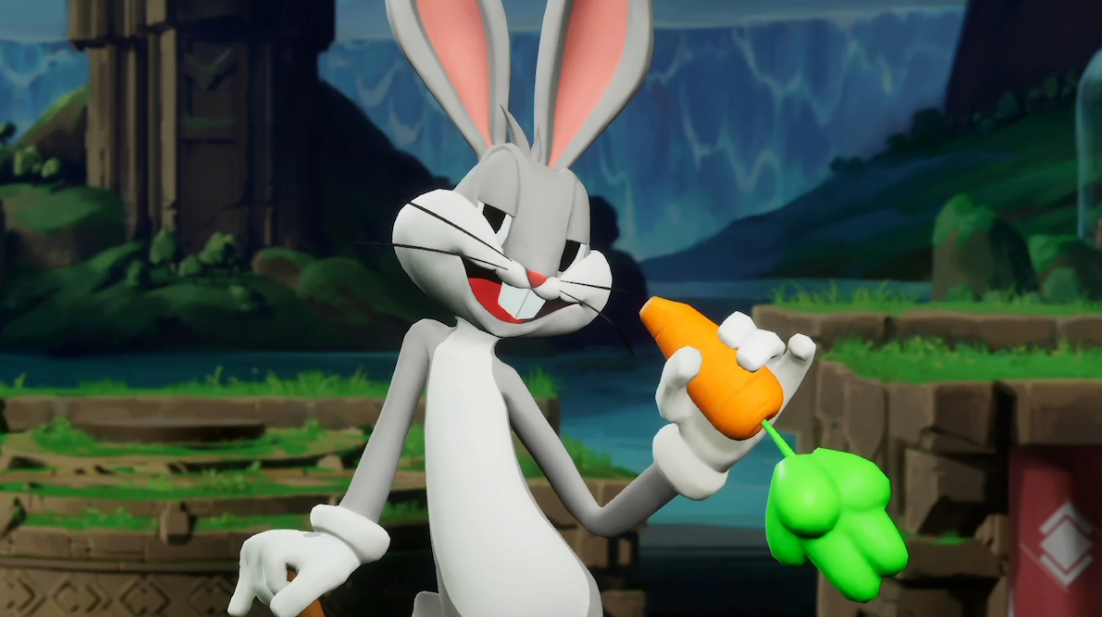 The new fighting game MultiVersus is a welcome addition to the industry, and what a welcome addition it is. It has grabbed the gaming industry by storm, and there are players who are seasoned veterans in the community of Smash players who think that it has the potential to be an even greater game than Smash. Even if MultiVersus is still in its early stages, its creators deserve praise for the incredible game they’ve crafted, which brings together characters from a variety of Warner Brothers properties. One of these characters that we will be concentrating on today is Bugs Bunny, who is well-known for being a flamboyant joker who chews on carrots. In this tutorial, we will walk you through the steps of playing Bugs Bunny in multiplayer mode. So let’s get started:

Read Also: How to Unlock Characters in MultiVersus

Bugs’ ground assaults, beginning with his basic punch (the one where he twirls his fists), have the potential to breach an opponent’s guard. As a direct consequence of this, you are able to chain this into a combo. You have the option of chaining into an up smash, a down smash, a heavy assault, etc. It is essential to utilize this strategy while facing adversaries with immense armour, such as Superman. You can prevent enemies’ strikes from connecting with you by using Bugs, which will then allow you to chain together many hits. The next attack he has is with his mallet, which has an insane hitbox. You have access to the front, the top, and the back of Bugs. Absolutely, it’s that out of control. Because of his powerful mallet assault, he is the perfect character to use to drive opponents off the stage and out of the ring. You may even utilise the up smash attack to launch your foe into the air so that you can use the mallet attack to knock them away after they have been launched. The pie is the next weapon in Bugs’ armoury. The pie is not a projectile that moves at a high rate of speed. It is a projectile that moves very slowly and will hover in the air for a couple of seconds before finally impacting the earth. You may even rotate the pie by hitting it in different directions to change directions. This is a fantastic method for luring your foes into the air, where you can easily finish them off with a combination of attacks. When it comes to aerial attacks, the most of them have the same characteristics as before. The hitbox of the mallet attack is quite ridiculous, the up smash propels adversaries even higher into the air, and the down smash will, as its name implies, bring an opponent crashing to the ground.

On the other hand, the pie has an effect on the down smash. You are unable to do a down smash while you have a pie out but have not yet thrown it. You need to first throw the pie in order for the down smash to become available again. The first of Bugs’ specialities is the one that is considered to be neutral. Anyone who is standing atop the target when the enormous safe comes crashing down will be attacked by the bugs. The target will be slapped by the bugs. However, Bugs also has the ability to move the safe by assaulting it, which, in turn, causes the safe to move and attacks everyone who is in its path. When it is destroyed, a new item will appear nearby for anybody to use.

By jumping up and carrying out the special move, you can immediately throw away the safe. When the safe is defeated, you can continue to chain strikes with it while also kicking it in the direction of your foe. The kiss is the side special that Bugs uses, and it temporarily stuns whomever it hits. Enough for a couple combos to be played out. Because it does not come with the bonus that is often linked with the kiss special, it is not suggested that you use this special very frequently. To perform Bugs’ down special, he will first dig down into the earth, and then he will rocket himself back into the air and deliver an uppercut. You will be able to use the tunnel system that will be created if you do another down special on the stage. This tunnel system will allow you to travel from one side of the stage to the other.

You can even use the rabbit holes as a launch point for projectile attacks against your adversaries. It is ideal for drawing adversaries away from you and stunning them for long enough to conduct a combination if you utilise the safe attack that is located above the rabbit hole to drop it down and send it to the other rabbit hole. A timed attack is another option for utilizing the rocket’s capabilities. After using the up rocket, there will be a ten second delay until a whistling sound is heard, which indicates the rocket is beginning its descent back down. After that, you have around 5 seconds to place your foe in a position where they can be hit by the rocket.

Simply hitting the attack button three times in a row will typically result in the most straightforward and fundamental combination strike available in the game. Sometimes the individual hits that make up the combo can be improved as the character levels up, or the combo can be expanded to include at least four hits in a row.

Did Bugs Bunny get nerfed?

How do you dodge a Margits knife?

There are moments when Margit will leap into the air and thrust his stick into the ground below him. Although it causes a lot of damage, this move is not particularly difficult to avoid. I would advise you to dodge either backwards or to the side. This is one of the ideal times to attack him or recuperate since his stick gets stuck in the ground for a moment when he is trying to move it.

Will Big Chungus be in MultiVersus?

He does not have a weight problem; he’s just chonky. The fact that Warner Bros. has applied to trademark Big Chungus for use in video games has given rise to rumours (and hopes!) that the giant rabbit will make an appearance in the MultiVersus universe.

How do you heal as Shaggy?

The first time you press the input, Shaggy will pull out a sandwich, and the second time you press it, he will toss it. Depending on who is hit by the sandwich, it either does one of two different things. If it strikes a friendly character, it will go right through them and heal them while it does so.