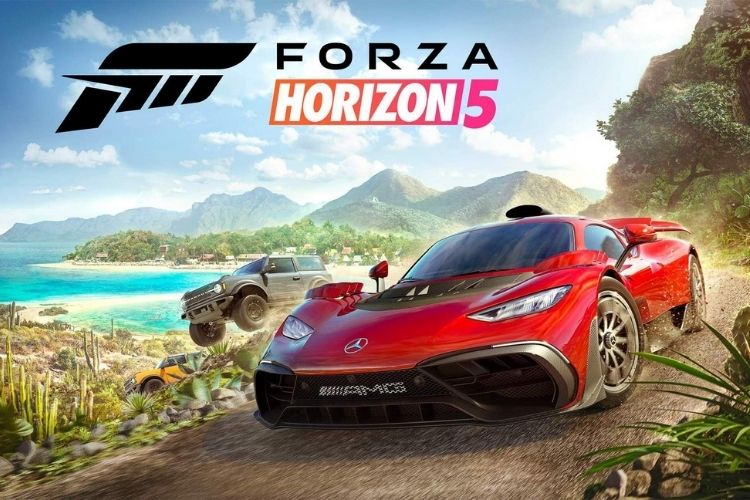 Find the Treasure Chest at the end of the Forza Horizon 5 New Heights Treasure Hunt after you have finished a challenge and received a number of gifts for completing the Treasure Hunt. To successfully accomplish the task, you will need to do an exciting stunt near Mulege that involves a Danger Sign. This will give you a general idea of where the treasure trove is located. After searching the region thoroughly and finding the chest, you will need to open it by crashing into it in order to obtain the Forza Horizon 5 goodies, which include 50,000 Credits and a Wheelspin. The Forza Horizon 5 Treasure Hunt in Mulege can be completed by following these step-by-step instructions in their entirety.

Read Also: How to Get Invited to the Hall of Fame in Forza Horizon 5 The Forza Horizon 5 Treasure Hunts are weekly challenges that can be found when you pause the game and look under the Festival Playlist page. Treasure hunts aren’t featured in each and every season of a show, which means you won’t always have one to participate in. The tab that corresponds to the current season contains all of the information that is currently available regarding the Treasure Hunt that is taking place. You will be rewarded handsomely for your efforts at the conclusion of the hunt with Experience Points, Credits, and Wheelspins. You will also uncover a Treasure Chest at the end of the game. Although there are some important distinctions, these Treasure Hunts are somewhat comparable to the Barn Finds in Forza Horizon 5, which can be found in that game. These Treasure Hunts, similar to Barn Finds, will provide you with a general location in which to look for the chest. On the other hand, in contrast to a Barn Find, in order to access this location, rather than waiting for a rumour, you will have to accomplish a task first. If you are successful in completing this task, you will see the location of the Treasure Hunt marked on your map with a giant, red circle. Enter this area and look about for the Treasure Box; it is a large wooden chest that has been painted in a variety of colours and has the word “Horizon” stencilled on both sides of it. You will receive all of your gifts after the chest is broken open by driving into it. You can make these Treasure Hunts in Forza Horizon 5 a little less challenging by following a few helpful hints and recommendations. The most important thing is that you should utilize the map filters to simplify the display of the map and ensure that only the most important icons are visible. Seasonal Collectibles, Landmarks, and any activity it is that you need to do in order to complete the Treasure Hunt challenge should be the only icons that appear on your screen at any one time. The Drone Mode is going to come in very handy as well for scouting the area.

Where is Horizon 5 located?

Mexico
Playground Games is the studio that was responsible for creating Forza Horizon 5, and Xbox Game Studios was the company that was in charge of publishing it. It is the twelfth main instalment in the Forza series as well as the fifth Forza Horizon game to be released. A fictionalised version of Mexico serves as the backdrop for the action in this video game.

Will there be a horizon 6?

Since the Forza Motorsport reboot is anticipated to appear in the latter half of this year, we anticipate that Forza Horizon 6 will at the earliest be revealed during the summer of 2019 and will not be available until the latter half of 2023. However, given that there was a gap of three years between FH4 and FH5, it is possible that FH6 will not arrive until 2024.