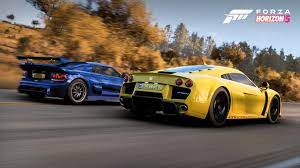 Players need to execute numerous tasks to complete challenges in Forza Horizon 5. Some of these duties will require them damaging particular objects. One of these objectives is for gamers to destroy tank piñatas. Players can locate these piñatas dispersed across in different race modes. However, these are ways that gamers can boost their odds of coming onto these rare things.

Read Also: How to Customize Cars in Forza Horizon 5

In Forza Horizon 5, players have the opportunity to destroy tank piatas in a variety of gameplay modes; however, going to the EventLab is by far the most effective way for players to accomplish it.

Players have the ability to use the EventLab to make the task of locating the piatas much more manageable for themselves. This grants them access to use the shared races of other players, some of which feature unique events in which other players can participate. When players reach the menu for Event Blueprints, they have the option of either searching for specific items, such as “tank piata,” or, to make things as simple as possible for them, they can go with a share code such as 130 626 112.

This is made available by the YouTube user “STEVIO2175,” and what it does essentially is align all of the tank piatas in a single line that is simple to smash and that gamers can finish extremely easily.

Players should not simply drive the automobile at full speed into the piatas in order to get the most out of the sharing code and maximize their capacity to use it. They should instead drive at a speed that is under control and lightly brush up against the piatas’ exteriors.

This will ensure that the player receives credit for each target that they are successful in hitting. Despite this, the player has the option to try again or search for another race to complete.

Tanks for the memories After players have successfully completed this challenge, they will receive three points and a unique message in Forza Link that reads “Tanks for the Memories.” After completing this task, players will be able to put it in their rearview mirror and move on to the next challenge in their Pass. Despite this, players are free to bash these delectable piatas as many times as they choose.

The Peel P50 is one of the most enjoyable cars to drive in the game, despite the fact that it cannot turn to save its life and is therefore completely useless for any kind of actual race. Because of this, even a Forza Horizon 5 player with a lot of experience will have a difficult time winning this competition.

What is the slowest car in fh5?

The BMW Isetta 300 Export 1957, sometimes known as the Bubble Car, wins the honour for the vehicle that travels the slowest.

How to Play Casino Games