You might wish to look up your MAC address for a number different reasons, including the following: It’s possible that you’re in the process of installing a router and would like to add an additional layer of network protection by excluding specific devices. Perhaps your router displays a list of connected devices along with their MAC addresses, and you need to identify which device corresponds to which. Or, there is a possibility that you will need to know the MAC address of your own computer in order to diagnose or fix certain problems that occur on computer networks.

Regardless, we will be able to assist you with locating the MAC address of your computer using Windows 10.

Read Also: How To Get iMessage On Windows 10

What is a MAC address?

A physical identifier for a device that can connect to the internet is known as a MAC address. This address is a combination of letters, numbers, and periods. Every single network device or interface, such as the Wi-Fi adapter on your laptop, is assigned a MAC address, which stands for “media access control.”

It is impossible to modify a MAC address since it is pre-assigned by the device’s manufacturer and then implanted into the network interface card of the device. Because it is permanently attached to the device, MAC addresses cannot be changed.

In order for your device to communicate with other gadgets on the local network, it is necessary for it to have a MAC address. When your device identifies a router, it will establish a connection by broadcasting its MAC address to the router. In order to connect to the internet, you will need an IP address, which will be provided to you by your router. Once you have this address, you will be able to browse the web.

Through the use of the command prompt, one can locate the MAC address in the quickest possible manner.

1. Bring up the initial prompt for commands. You can either look for “Command Prompt” in the taskbar or, if you’re using an older version of Windows, you can right-click on the Start button and choose “Command Prompt” from the context menu that appears. 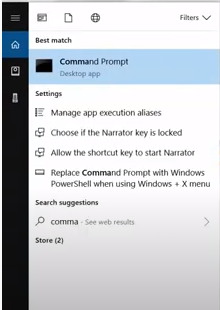 2. After entering ipconfig /all, hit the Enter key to continue. The configuration of your network will be displayed here. 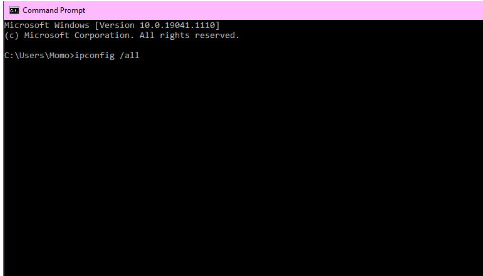 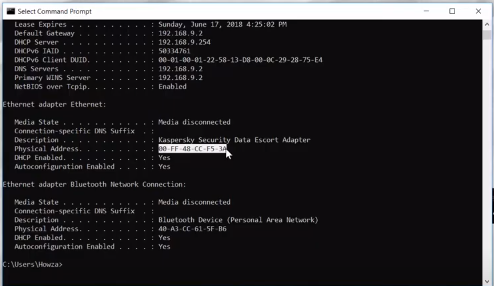 Does HP laptop have a MAC address?

The positions of these tags and stickers can vary depending on the manufacturer and type of the computer; however, the MAC address can typically be found on a service tag that is attached to the underside of an HP computer. On laptops that are not manufactured by HP, this tag may occasionally be located behind the battery, in which case it will need to be removed.

A Media Access Control (MAC) address is commonly formatted as six sets of two digits or characters, which are then separated by dashes or colons. MAC addresses are used to identify devices that have media access. Accordingly, the format of a typical MAC address looks like this: “00-11-22-33-44-55.” A unique identifier for a single device on a wider network is known as its Media Access Control (MAC) address.

What is a MAC ID number?

A media access control address, often known as a MAC address, is a one-of-a-kind identification that is given to a network interface controller (NIC) in order for it to be utilised as a network address in communications that take place within a network segment. This application is typical in the vast majority of networking technologies based on IEEE 802, such as Ethernet, Wi-Fi, and Bluetooth.

What is IP address in laptop?

The IP address of your computer, which stands for “Internet Protocol,” is a series of numbers that are separated by dots and are used to identify a computer or device on the internet or on its local network. The IP address may be found in the computer’s system settings. In order to connect to the Internet using your computer, you will need to obtain an IP address.

Is WIFI address the same as MAC address?

Wi-Fi Address and Media Access Control address both refer to the same item on an iPhone. MAC addresses are one-of-a-kind integers that are utilised for the purpose of identifying networked devices. The manufacturers of the devices are the ones to allocate these numbers, and each gadget has its own special number.

Can you search a MAC address?

If a computer is stolen, there is no way to trace it back to its owner using the MAC address, nor is it possible to determine who is behind any of these addresses. MAC addresses are issued to network devices in the same way that IP addresses are, and it’s simple to find out what a device’s MAC address is using software like Command Prompt.

How to Ride Boar and Wolf In Fortnite

How to Make a Line Graph in Excel