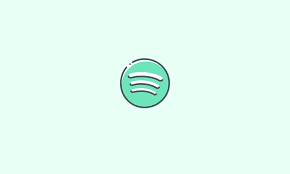 It is not surprising that Spotify is the most popular music streaming app in the entire world. The application provides users with recommendations unlike any other service, in addition to having a wide variety of music, artists, and genres, as well as all of the most popularly streaming podcasts. The Spotify app, despite how simple and enjoyable it is to use, has the unpleasant habit of remaining active in the background on mobile devices.

Since of this same reason, it can be off-putting for many users who use Spotify because they don’t want the app to start playing material as soon as they connect their headphones or pair their phone to the car’s audio system. If you’re one of those Spotify customers who has been having trouble turning off the app on your mobile device, then the information in the following post should assist you force close the app on your Android smartphone.

Read Also: How to Get Video on Spotify

If Spotify continues to run in the background, you can forcibly close it by following the procedures that are provided below.

If you are using Spotify on an Android device, the simplest way to close the app is to remove it from the list of recent apps on your device. To accomplish this, swipe up from the bottom of any app or screen and hold your finger in the general vicinity of the screen’s centre. This should open the Recent apps menu, where you should see the Spotify screen appear alongside those of other apps. Swiping up on the app icon on the screen will remove it from the Recent apps list, allowing you to close Spotify. Find the icon for the Spotify app on your home screen or in your app drawer to close this app through forcible means. When you find it, tap and hold on the app icon associated with it. Choose App details from the drop-down menu that comes after you hit the I icon on the toolbar. Once the information page for Spotify’s app has appeared, select the Force stop option. To validate your choice, select Ok in the confirmation popup that will now appear. Why is my Spotify not closing?

What is a Spotify cache?

Spotify makes advantage of the memory available on your device in order to: Store portions of music and podcasts as cache to ensure lag-free playback of these media types. Keep locally downloaded music and podcasts to listen to whenever you like.

Because they are stored in the cloud, your playlists are safe from harm. You are merely deleting the actual downloaded files from your phone; the songs will still be available in your playlists for streaming even after you have done this.

What does Clear cache do?

When you use a browser, like Chrome, that saves information from websites you visit in its cache and cookies, the browser stores this information on your computer. When you clear them out, certain difficulties, such as loading or formatting problems on websites, are fixed.

How to Accept Friend Request in Apex Legends Mobile

How to Turn On Clipboard History in Windows 10