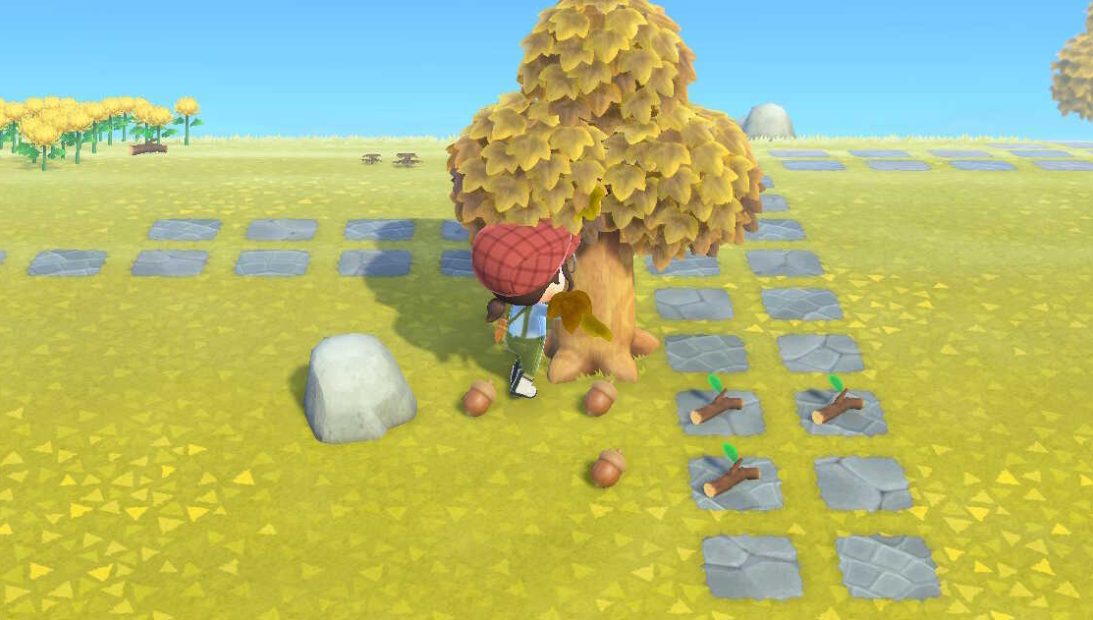 The content of Animal Crossing: New Horizons is updated at the start of each new month, and this month marks the beginning of a new season for players to experience. Even if the season of changing leaves and sweater weather has arrived, players of Animal Crossing have nothing to worry about because this merely indicates that a wealth of new seasonal recipes and objects have been added to the game. However, in order for players to be able to craft them, they will first need to learn how to acquire acorns. Acorns may be found around the game world.

The content available to players in Animal Crossing: New Horizons is often updated, providing them with a varied selection of new recipes to manufacture and insects to catch. During the summer, players had the opportunity to interact with a brand new NPC named Pascal and trade Pearls for Mermaid DIYs. They could also complete a series of missions for an awakened pirate named Gulliver and obtain a large quantity of new pirate-themed equipment. However, unless players are from the Southern Hemisphere or are time travellers, the fall season is completely foreign to players located in the northern hemisphere. In addition, acorns, along with mushrooms and maple leaves, are essential ingredients for a number of cute do-it-yourself meals. It’s not too difficult for players to obtain acorns; all they have to do is shake some trees, but they have to make sure they shake the correct kinds of trees. Acorns, like tree branches and pieces of furniture, are known to drop from Hardwood Trees throughout the autumn months. Hardwood Trees include any oak or cedar tree that has never produced fruit. This is because trees that have never produced fruit are unable to generate objects such as wasps and bells. Once acorns have been obtained, a wide variety of recipes can be constructed, such as the Acorn Pochette and the Tree’s Bounty Mobile. However, in order for that to happen, players of New Horizons will first need to obtain the recipes for those items.

People living in the Southern Hemisphere, as well as players who time travel, have already been able to acquire the components associated with autumn. In Animal Crossing, the autumn season in the Southern Hemisphere extends from March to May. Players located in the Northern Hemisphere, on the other hand, have from September to November to gather as many acorns and maple leaves as they can and make as many recipes as they can before the ingredients are no longer available. However, players don’t need to worry about not being able to go swimming in Animal Crossing throughout the fall and winter months because doing so is necessary in order to collect all of the new September Sea Creatures. When October arrives, users can anticipate an increase in the amount of content that is themed after the fall season, particularly the eerie aspects of the season, which will be released. In the Summer Update Wave 2 patch notes, there was an image of a Jack-o’-Lantern that hinted at the introduction of a free update that would become available in the fall. It is not yet known when Halloween-themed objects and activities will be added to Animal Crossing; the update may be released at the beginning of October or it may just take place on the 31st of the month.

How to Sell Your Excess Acorns and Pine Cones

Timmy and Tommy will buy acorns and pine cones for you for a price of 200 Bells for each item if you are not interested in the autumn-themed do-it-yourself recipes or if you have already made all of the recipes and have an excess of materials left over.

Within the DIY Recipes Nook app, the entire DIY collection of autumn-inspired seasonal recipes has been arranged in an orderly fashion under the “Seasonal Recipes” menu. The do-it-yourself recipes with a harvest theme require a total of approximately 35 acorns and 31 pine corns, and you have three months to collect the ingredients for all of the recipes. When you have an abundance of do-it-yourself recipes, you can either sell them to Timmy and Tommy or give them away to friends.

How to Open the Safe in the Slums in Stray