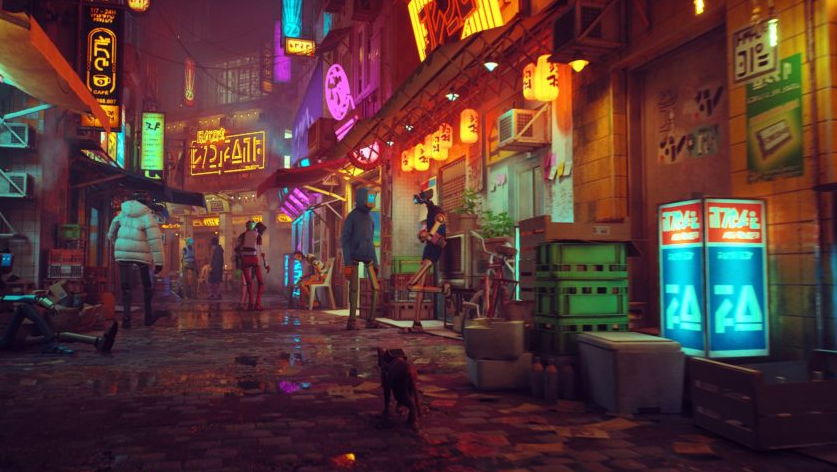 The players of Stray have plenty of opportunities to uncover mysteries tucked away throughout the slums, the most intriguing of which is perhaps the unsolved mystery involving the safe. In the same manner as the door that leads out of the scientist’s apartment block in Chapter 3, opening the safe will require a four-digit code. It can be found by following the path to the left of the elevator where players first meet the guardian.

Players can access the enigmatic safe at any time during the Stray chapters that take place in the slums because the area functions as a hub world for the game, making it accessible throughout the entirety of the game. If players don’t know what they’re looking for, it can be a little time-consuming to find the code the intended way, so some of them may find it more convenient to use a guide instead. The instructions for the safe in the slums in stray are as follows.

Read Also: How to Get All Badges in Stray

How to Open the Safe in the Slums in Stray The number 1283 is the combination to the safe that is located in the slums, for those who have no interest in solving the puzzle on their own. It is possible for inquisitive players to stumble upon it naturally as they explore the slums that are located around them; however, the process of finding this code can actually be a little time-consuming, despite the fact that it is not particularly difficult. It is necessary for players to show the “Safe’s Mysterious Password” item that is stuck to the front of the safe to any of the robots that are located throughout the slums in order to complete the solution. This can be accomplished for the first time in Chapter 4 of Stray. They will disclose that it is an extremely outdated version of binary code, and that only a seasoned professional will be capable of deciphering it. The players should make their way to Elliot Programming, which is located just around the corner from the bar, as this is the appropriate next step.

In order for the player to enter Elliot’s house for the very first time, they will have to scratch the door in order to open it. However, if they have been to this location before and opened the blind on the second-story window, they will be able to climb through the window instead, which will save them some time. Once inside, players should show the code to Elliot, who will tell them that it translates to “DUFER BAR.” This is true regardless of the outcome. If they haven’t already done so, players should retrieve the memory that is located next to the plants in the corner before continuing on to the next area.

Once the players have reached the bar, they will need to climb up onto the bar itself and make their way to the left side of it. If they interact with the picture of the beach that is hanging above the red neon “DUFER BAR” sign by pressing Triangle, the picture will fall and reveal the four-digit code that has been scrawled on the wall. The picture can be interacted with by pressing Triangle. After that, the players can go back to the safe and open it by entering the number 1283 onto the keypad.

What’s in the safe in the Slums Stray?

You are tasked with retrieving a pink slip of paper that is attached to the safe and is labelled “mystery password.” Sadly, it is written in a bunch of binary, which a “true nerd” would be the only one capable of translating. Those are not my words; rather, they are the utterances of various robots located everywhere around The Slums. Elliot is the name of the nerd in question.

What is passcode in Stray game?

If you do not switch on your Torchlight, it is possible that you will not see the side room when you pass it on your way to the main room. It is simple to overlook the door code when done in this manner. The number for it, which will save you the trouble of looking for it, is 3748.

Does the cat get hurt in Stray game?

If you are unable to shrug off your foes and make your escape, the cat will eventually become overpowered by the creatures and fall to the ground. You’ll see a red screen, but after that, you’ll be taken back to a checkpoint with the cat in perfect health and everything will be back to normal. In addition, there are several parts in the narrative where the cat is hurt, which makes it really difficult to watch at times.

How many hours will Stray be?

Around 5 Hours
Stray is approximately five hours long when one is only concerned with the game’s primary goals. If you are the type of gamer who wants to experience everything the game has to offer, you should plan to devote approximately nine and a half hours to get 100% game completion.

How to Cancel Realms Subscription in Minecraft