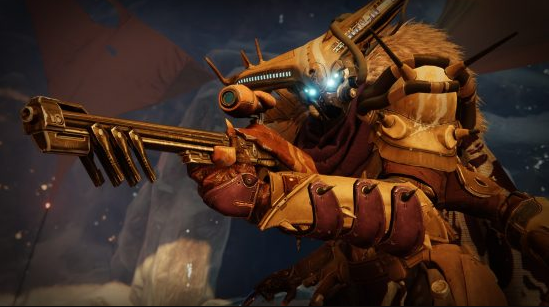 It’s possible that Season of Plunder has the best gameplay loop that Bungie offered in Year 5 but it’s definitely up there. There are many various things to do in the game, and there are many different ways to farm for equipment. The three activities that are available in Season of Plunder do make the central experience more enjoyable and varied, but they also come with the drawback of requiring players to keep track of several seasonal currencies.

To begin, it is essential to determine the function that is served by each distinct kind of currency. The Star Chart is a seasonal vendor that can be upgraded with Reputation during the Season of Plunder event in Destiny 2. In Expedition, players will make use of both Map Fragments and Treasure Coordinates; yet, these two pieces of information come from separate origins. This tutorial will explain to players how they can acquire Treasure Coordinates and Map Fragments in the game Destiny 2.

Read Also: How to Get Without Remorse in Destiny 2

After completing the Ketchcrash activity, players will receive map fragments as a reward. The only other way to acquire this cash is by obtaining bonuses from either the Season Pass for Season of Plunder or by ranking up the Star Chart. Neither of these options is a guaranteed way to obtain these bonuses. Additionally, Map Fragments can stack up to a maximum of fifty units, which can be viewed on the Quests page of the Captain’s Atlas.

Standard level of difficulty Ketchcrash is worth a total of ten Map Fragments. Players of Destiny 2 have the ability to raise this number by unlocking upgrades within the premium Season Pass at level 12, level 32, level 52, and level 92. These upgrades, which offer one, two, three, and five bonus Map Fragments every run, respectively, can be obtained at those levels.

Treasure Coordinates are the remaining form of currency. These can be stacked up to a maximum of 325, and they can be used in conjunction with Map Fragments to place treasure maps in the Captain’s Atlas. Treasure Coordinates can be obtained through participating in any activity; however, different activities award varying quantities. Take, for instance:

However, by equipping themselves with Season of Plunder’s armour pieces, players of Destiny 2 have the ability to permanently increase the number of Treasure Coordinates they receive. These provide an additional 5% in currency gains every one, with a maximum increase of 20%.

Where do you get treasure Coordinates?

What coordinates are buried treasure?

It is important to remember that hidden treasure will always spawn at the chunk coordinates 9 x 9 if you want to find it. This indicates that if you press the f3 key and look next to the word “Chunk:,” you will see that the first and third coordinates both equal 9 and that you are currently positioned over the X on the map.

What is the rarest chest in treasure Hunt?

It is exceedingly difficult for early game players to dig to the Jackpot Chest because of its 10 million HP, but it is highly powerful for very late game players – very few backpacks really have the capacity needed to dig this chest. The Jackpot Chest is the rarest chest in the game.

Is buried treasure always in sand?

The chest will almost always generate buried in the sand or gravel of a beach, with a block of sand or gravel covering it as it does so. If it is created on the slope of an underwater hill, there is a possibility that it will spawn with stone blocks covering it. In the event that it forms on the top layer of the ocean floor, a gravel or sand block will cover it.