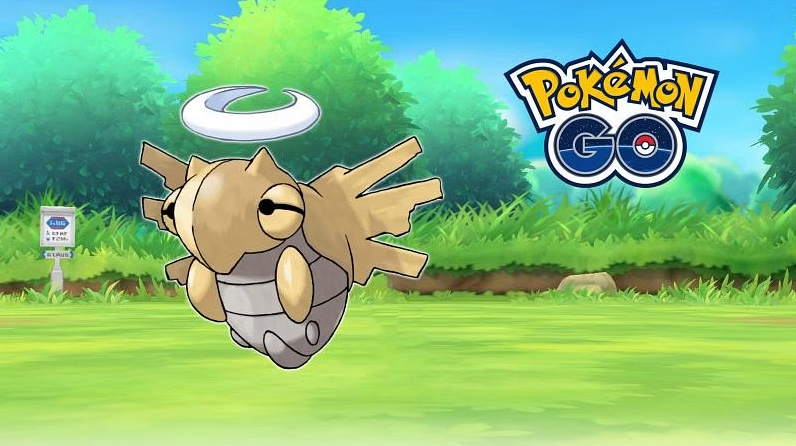 It is common practice for Pokemon Go to roll out a new set of events at the start of each new month; however, given that October is currently underway, we can anticipate that the game’s annual Halloween theme will have an impact on the events and rewards that are available toward the game’s conclusion. Shedinja is one of the most impressive of the new Pokemon that may be captured this month, which is par for the course given how frequently new Pokemon become available. We will walk you through every step of the process of capturing Shedinja in Pokemon Go so that you can add this uncommon Bug and Ghost type companion to your team before it disappears forever. If you are interested in doing so, read on.

Read Also: How to Transfer Pokémon from Pokémon Go to Pokémon Home

How To Get Shedinja in Pokémon Go

Due to the fact that the gameplay of Pokemon GO is different from that of the mainstream Pokemon games, it is not sufficient to merely have an extra place for a Pokemon and an extra Pokeball when you are evolving Nincada in order to obtain Shedinja. In point of fact, it appears that accomplishment of tasks is the only way to come across it.

The very last time that players were given the opportunity to finish a quest and receive Shedinja as a prize for an encounter was all the way back in October of 2018. Players have at long last been given a second opportunity to capture this elusive Pokemon with the launch of the Hoenn Throwback Challenge Event.

The Hoenn Throwback Challenge Event consists of a variety of challenges, one of which is to capture a Pokemon of the rock type. At some point, players will be tasked with producing three outstanding throws. Players will have a guaranteed encounter with a Shedinja if they complete this quest.

Shedinja has always been a peculiar Pokemon, from the peculiar means by which it can be gotten to the peculiar entries it has in the Pokedex. Many of the entries talk about how it doesn’t breathe and how any hapless trainer who looks into the hole in its back will have their soul taken from their body and sent to another dimension. The displays of Pokemon GO players’ phones appear to offer some measure of protection against the possibility of having their souls taken.

The rumours that Shedinja can be gotten in the same way that it can be obtained in the mainline Pokemon games are not true, despite the fact that these stories have spread widely. Shedinja can only be obtained through completing research projects that are tied to particular events. This is the only method available. If a player wants to capture this Pokemon, they should do so as quickly as they can because this may be their final chance for a considerable amount of time.

Is Shedinja in the wild Pokemon GO?

The process of obtaining Shedinja in Pokémon GO

In point of fact, you won’t find them anyplace in the wild, not even in areas like parks or other natural settings where Bug-type Pokémon are typically encountered. Instead, players will have the opportunity to meet one after achieving a research breakthrough, which can be done by successfully completing seven research missions.

Does Shedinja in Pokemon GO have Wonder Guard?

This is the only reason Shedinja is included on this list: in Pokemon GO, it does not have the ability Wonder Guard. In the main games, Shedinja’s ability Wonder Guard, which blocks attacks that aren’t Super Effective, gives it a really intriguing gimmick that sets it apart from other Pokémon.

Where can I find a Shedinja?

Route 5
You have a 5% chance of encountering one on Route 5, or you can locate one in the Wild Area during a sandstorm at either West Lake Axewell or South Lake Miloch. Both of these locations are in the Wild Area. As soon as you have obtained one, the next step in the process is to raise its level so that it can evolve into a Ninjask.

However, due to the fact that the circumstances still heavily depend on RNG, running into one of these hidden Pokémon is an extremely uncommon occurrence. In Pokémon GO, the only way to obtain a Shedinja as of September 2022 is to trade with another Trainer who already possesses one and is willing to part with it.