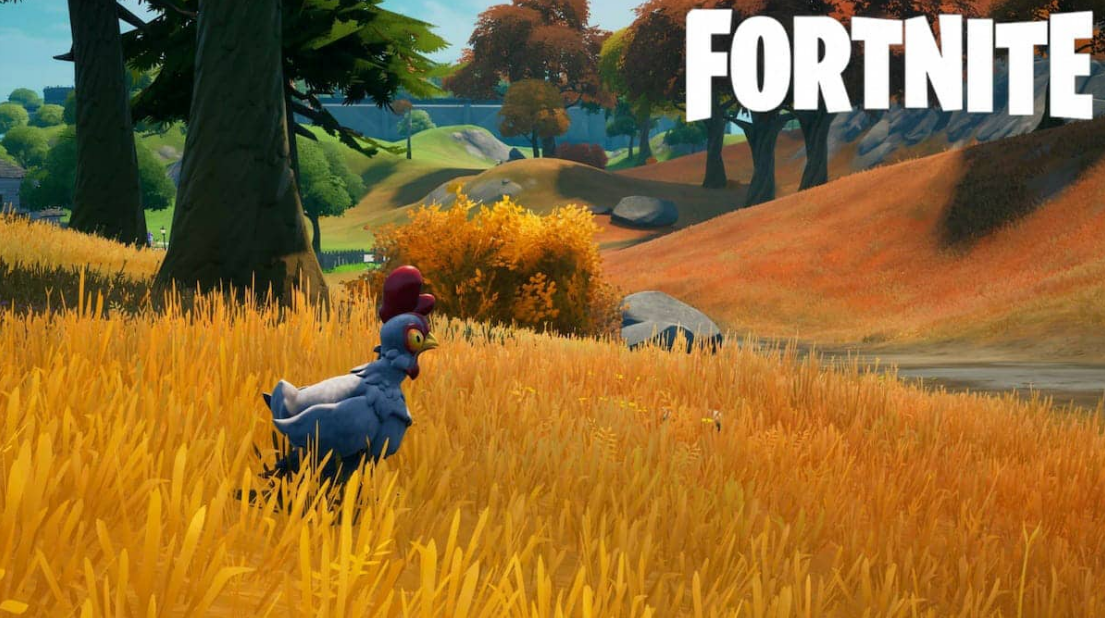 Chickens are the only tamable animals in Fortnite that can be thrown and tossed around for pleasure. This makes them a unique source of entertainment in the game. Although this is not the usual procedure in the game, it may become required if the player want to release their hold on the animal in order to carry out more strategic actions. You will learn how to throw a chicken in Fortnite by reading the following post. Let’s get started:

Read Also: How to Turn Off Aim Assist in Fortnite

1. Place yourself in a secure location on the island that features chicken spawn locations Landing at a point of interest (POI) on the island that does not witness heavy fighting during the early game, or at least shouldn’t see heavy fighting during the early game, is the first part of the task. Players also need to make sure that they land in a location that is not too far from the chicken spawn spots. A few examples of such places are:

2. Find some essential supplies, then check to see that the location is safe.

After you have successfully landed, the next stage is to equip yourself with some fundamental loot. This task should be manageable with a weapon and ammunition that have a medium range. To be on the safe side, you should always make sure your shields are at their maximum level and look for additional shield potions. Players should secure the area to ensure that no opponents, either human or bot, are moving around while attempting this challenge. The challenge will not involve much movement of any kind. Ambushes are the worst possible thing that might happen to players when they are trying to find chickens.

3. Find a chicken and make an effort to cage it within a little structure or building if you can

The next part of the task requires you to secure a chicken that you have in your possession. Despite the fact that the procedure is, more or less, the same across all modes, there are several points that need to be covered. In the Zero Build game mode, players are required to capture a chicken and then move into a structure or building in order to complete the objective with the least amount of effort possible. Players using the default construction can construct four walls to enclose the chicken and then edit in a door to enter the structure from the outside.

Players also have the option of searching the island for chicken enclosures and employing those structures to complete the mission. However, given that your adversaries will also be seeking for these new landmarks, it is better to save this choice for when all other options have been exhausted.

4. Repeat the process of tossing the chicken, picking it up, and doing it again nine more times

In order for players to successfully complete the challenge, they will need to pick up the chicken and toss it down a total of ten times. It is possible to fulfil the challenge in just one match by virtue of the fact that it does not stipulate that it must be carried out in a total of 10 separate matches. Players are going to have to utilise the aim button in order to throw the chicken. After that, they are free to decide where on the ground to throw it. When hens are thrown, they have a tendency to run away, therefore having an enclosed structure or building available will be helpful in this situation. Players have the ability to pick them up and toss them down again without any difficulty because they cannot flee.

What button do you grab a chicken in Fortnite?

Once you are within range, you should sprint and use the interaction key or button to catch the chicken. When within striking distance of the chicken, gamers should immediately begin their dash for it while simultaneously pressing the interaction button.

What button do you press to drop items in Fortnite?

How do you feed the creature in Fortnite?

In Fortnite, giving food to the Klombo.

Common places include next to Tilted Towers and the Daily Bugle, but players shouldn’t have any trouble finding them nearby even if the Klombo moves before they get there. As soon as they are located, players must pick up each berry, hold it in one hand, and then toss it onto the ground in front of the Klombo.

How To Get Shedinja in Pokémon Go