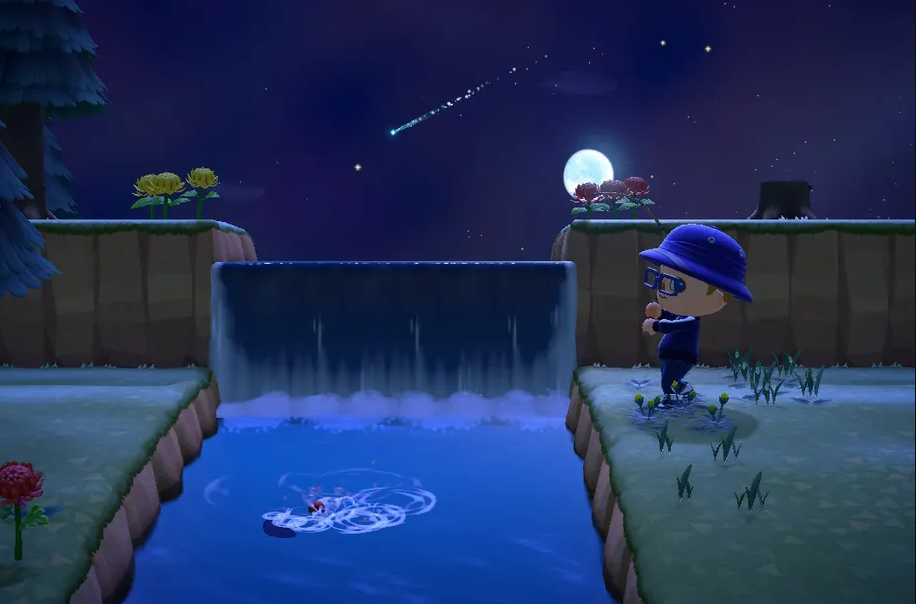 The magic wand is a one-of-a-kind tool that may be used in Animal Crossing: New Horizons. It enables the player to select different clothing and costumes from a drop-down menu whenever the wand is used, allowing for a seamless transition between different ensembles at any given moment. To craft it, you’ll require star fragments, but once you have, it can hold up to eight different clothes at once, allowing you to switch between more serious and more lighthearted attire with ease. In order to craft the magic wand, you will need to locate at least three star fragments in Animal Crossing: New Horizons. If you don’t have at least three star fragments, you won’t be able to build it. We’ll walk you through the process of acquiring star fragments. So let’s get started:

How to Get Star Fragments in Animal Crossing: New Horizons

In order to acquire star fragments in New Horizons, you will need to complete a series of tasks and interact with a number of specific non-player characters (NPCs) before you are able to start properly storing them. It’s possible that you won’t be able to acquire them right away, and if you do, you’ll have to go through a few hoops first.

1. Stay on your island till Celeste shows up one evening and talk to her

If this is your first time playing any of the games in the Animal Crossing series, you might not understand the significance of Celeste. She is the sister of Blathers, the owl that is in charge of the museum, and in most cases, she has been the one to run the observatory in the games that came before this one. Although it is currently unclear whether or not there is an observatory in New Horizons, Celeste does play a significant part in the overall narrative of the game. After a significant amount of time has passed (day 20 for me), during which there was also a full moon, Celeste will show up on your island in the evenings after sunset. You are going to want to talk to her. She will tell you that making a wish upon a star that is ready to fall will bring you good luck, which will provide you with a hint as to how you can find star fragments.

Nevertheless, she will give you the recipe for the magic wand right then and there, which is the most crucial thing she will do. You’ll need three smaller star fragments and one larger star fragment in order to make it through this part of the maze.

2. If you see a falling star, make a wish on it

You’re going to have to keep your eyes and ears out for falling stars if you want to get your hands on some star fragments. You’ll be happy to know that, much like the floating balloons, they produce a soft noise that you may pick up on as you wander around your island going about your regular business. To make a wish on the star, you must first hear a soft tinkling that is almost inaudible at first. As soon as you hear it, however, you must press A and press up on the right stick. When you have reached your goal, the person you control will clasp their hands together, close their eyes, and a star will appear in the sky. You will know that you have succeeded when this happens. 3. Search the beach the following day for shards of the stars

It’s cute to make a wish on a star, but what’s the point of doing that? You will, however, have to hold off doing that until the next day. The morning following making a wish on a star or three, you will need to go for a walk along the beach and look for large golden rocks near the point where the sand and the water meet. These are pieces of a star, and it appears that you will be granted one desire in exchange for each component. Although it is not quite clear how to obtain huge star bits, it does appear that doing so is connected to wishing upon a star in some way. However, I have hope that you will have more success than I do and will be able to build your star wand right away. However, there are additional wand recipes that may be found within the game. I found a bamboo wand concealed in a balloon present far earlier in the game than you will, so I’m crossing my fingers that you do as well, as it only requires three star fragments to make.

Why aren t my Star Fragments showing up?

Unfortunately, you won’t actually get your star fragment until the following day, so make sure you get back into the game at the appropriate time. Check the beaches the morning after making a wish on a falling star or wishing upon a shooting star.

Do Star Fragments drop every night?

Star Fragments have a higher probability of falling during the hours of 9:00 p.m. and 2:00 a.m. during the night, although there is always a chance that they could fall at a later time. You have until five in the morning to gather the fragment before it is gone forever, as dawn is when it is revealed.

Can you get Star Fragments any night?

There is a different method that may be used at any time of the year to acquire Star Fragments and Zodiac Fragments; however, it is only attainable at random on an island through Kapp’n Boat Tours. During one of the Kapp’n Boat Tours, you will have the opportunity to explore the Star Fragment Island, which is one of the unique islands in the area.

How to Heal and Increase your Health in Dying Light 2

How to Save Abigail in The Quarry