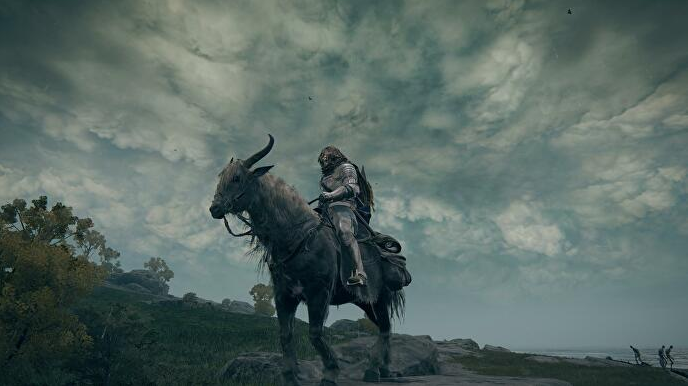 SUMMONING is an important component Elden ring due to the fact that it makes combat with specific foes in the open-world role-playing game more simpler. However, in the traditional form of developers FromSoftware, the game’s mechanics are not explained in a clear and concise manner. The fact that you can summon a horse to ride, spirits to fight alongside you, or even other human players to fight with or against is not helpful, either. This is because all of these things are functionally possible. You will learn how to obtain, summon, and make use of The Mount in Elden Ring by following the instructions in this guide.

Read Also: How to Get into Lenne’s Rise in Elden Ring

After gaining entry to the open world, you will need to go to the church of Ella and then head to the northeast utilizing the campus that is located along the top of the screen. You must make your way to the gate front location of grace, as indicated on the map that can be found below.

After arriving at the location of grace, you will need to engage with it in order to learn more about it. After that, you will need to take a break at the location of grace before a cutscene may begin playing. You will begin conversing to Melina, and she will seek for your assistance; she will give you your first mount torrent after you accept her request, as depicted in the image that follows this paragraph. After that, you need to enter your main menu by pressing the Esc button on the PC, and after that, you will see your bag on the right side of the top of the screen. There are a total of six separate slots for pouches, the first four of which are quick-access slots.

Now that you’ve chosen the free space, you need to press the F key on your keyboard to bring up the pouch menu. This will open the menu for the pouch. Left-clicking the mouse will allow you to select the Spectral Steed Whistle, after which you will notice that it has been equipped in the pouch slot that you had previously selected, as depicted in the image that follows.

After that, you will need to exit the menu and return to the game. Once you are in the game, you will need to hit the button labelled “event action,” and then you will notice that you have rapid access to the objects in your pouch on the bottom left side of the screen. Now, you need to use the arrow keys to choose the item that you want to use, and when you do that, you will see that the mount torrent will be summoned, as depicted in the image that follows. Why can’t I use my summons in Elden Ring?

Where do I activate summons Elden Ring?

When you are in close proximity to a Rebirth Monument, a little square statue that is roughly waist-high, you will be able to use Ashes to call upon Elden Ring Spirits. Because there is an icon in the top left corner of the screen that looks like a tablet, you’ll be able to tell when you’re getting close to one of them.

How do you unlock Elden summons?

In Elden Ring, you will require a unique object known as a “Calling Bell” in order to be able to raise souls from ashes. There is only one way that is known to obtain it, and that is through Renna, the witch. You will most likely encounter Renna at the checkpoint located in front of the Church of Elleh Grace. She is currently perched on the crumbling wall of the church’s eastern wing.

Why can’t I summon ashes?

If there isn’t a white gravestone icon on the side of your screen, it indicates that you are unable to call upon your Spirit Ash at this time. Unfortunately, this is Elden Ring’s way of letting you know that you are on your own from this point forward. If you’re still having trouble, you might want to try moving to a different location.