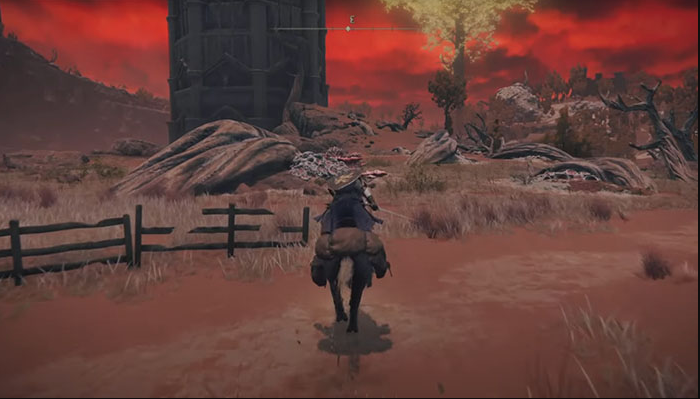 Towers are what the game refers to as sites in the Elden Ring. These towers can be found dotted all over the landscape of the Lands Between universe. There are instances in which a single region is home to more than one rise, such as the case with Three Sisters’ Seluvis’s Rise, Renna’s Rise, and Ranni’s Rise. Lenne’s Rise is the only one that can be found in Dragonbarrow, and it is the only one. This article will guide you through entering Lenne’s Rise in Elder Ring and explain how to do it.

How to Get into Lenne’s Rise in Elden Ring

The only way to reach Lenne’s Rise is to use the Spirit Spring that is located next to it and then jump up onto its balcony. Therefore, while you are standing in the Spirit Spring, turn around to face the balcony, and then jump with the intention of landing on it or the rooftop of it. In the event that players found themselves landing on the top of Lenne’s Rise, they should simply fall to the balcony and then enter the tower. Arcane Sphere of Faces is the sole foe that Lenne’s Rise must contend with. Because it does not move and does not have any kind of lethal attack, it does not pose a threat. Players have the option of ignoring it and proceeding upstairs to access the chest there instead. It holds a Memory Stone, the use of which will bring Tarnished’s total number of spell slots up by one. The location of Lenne’s Rise can be found in Dragonbarrow, to the north of Caelid. Players who have only recently begun Elden Ring can still access Lenne’s Rise, despite the fact that it is located in Caelid, but doing so will require them to go through a number of complicated stages. This approach requires making progress on D, which is the tale quest for the Hunter of the Dead.

Show D, the Hunter of the Dead, in Roundtable Hold the Deathroot that you obtained from a Tibia Mariner boss in Elden Ring. On the map, he will make a crimson notation. After teleporting to the closest location, which is the Third Church of Marika, players should continue to follow the red mark until they come to a portal. You can use it to teleport to Greyroll’s Dragonbarrow, which is located immediately outside of the Bestial Sanctum (northwest of Caelid). Ignore the Black Blade when it appears. Kill the Kindred boss near the entrance, and then ride Torrent in the direction of the southeast. There are two bridges that can be accessed from here; the first one is guarded by a dragon, so you should avoid using it.

Instead, continue heading in the southeast direction until you reach the second bridge. It is less dangerous, as it will take you straight to the Site of Lost Grace on Lenne’s Rise. However, exercise extreme caution because there are a large number of poisonous traps strewn throughout that road. After you’ve crossed the bridge, start the campfire. They have the option of crossing over the first bridge if they do not wish to be poisoned. Flying Dragon Greyll is the one responsible for its protection. Wait for it to spin around, then use Torrent to ride through its legs. This will deal the least amount of damage possible. Continue moving forward until players are at a fork in the road and must choose one of two options. The one on the left is the one you want, and then you need to jump down the short cliff. That will be the location of Lenne’s Rise.

How do you get to Chelonas rise in Elden Ring?

Why can’t I get into Renna’s rise Elden Ring?

After you have vanquished the Silver Tear Giant, you will find a chest beneath this statue that contains the Fingerslayer Blade. It is necessary to go back to Ranni, hand the blade over to her, and then reload the location in order to enter Renna’s Rise and continue with Ranni’s questline.

In order to proceed via Elden Ring and reach Ranni’s Rise, you have to first vanquish Royal Knight Loretta in Caria Manor. Once you have defeated the boss, you will have access to the northernmost parts of Liurnia, including Ranni’s Rise.

How do I start Renna’s quest?

Although she will introduce herself to you as Renna during your initial interaction with her, Ranni will be the one to hand over the Spirit Calling Bell (opens in new tab) when you finally meet her. She will tell you that you will never see her again, but you can begin the quest by travelling to Ranni’s Rise in Liurnia (which can be reached through Caria Manor).

How to Get Battery Packs in Stardew Valley