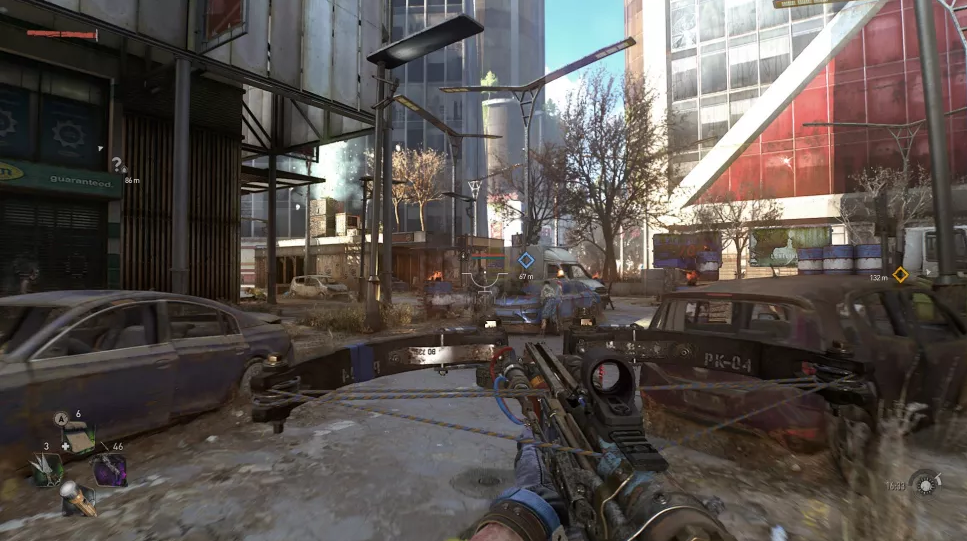 The Peacekeepers are a playable faction in Dying Light 2 that players have the option of joining as they progress through the main storyline. By providing assistance to the Peacekeepers, players position themselves further and further away from the Survivors, who the players initially encountered at the Bazaar in Villedor. Throughout the entirety of the game, both factions are vying for control of the city, and players have the opportunity to acquire a variety of different rewards from both of the factions. Unfortuitously, players can only align with one faction, and the only way to gain the crossbow in Dying Light 2 is by identifying with the Peacekeepers. Aligning with the Peacekeepers is also the only way to get the grenade launcher. So let’s get started:

Read Also: How to Repair Weapons in Dying Light 2

The PK Crossbow is the only type of crossbow that we have been able to locate so far in Dying Light 2 so far. This weapon is unlocked once you have provided the Peacekeepers with a total of four structures during the course of the game. This is most likely to occur on the game’s second map, which is called the Central Loop. In the event that you have not yet come across the mechanism, at some point in the game, you will be given the mission to hand over a water tower to either the Peacekeepers or the Survivors. Depending on the path you take, several kinds of enhancements will become available to you. The prizes for being a Peacekeeper are mostly focused on weapons and traps, whereas the incentives for being a Survivor are focused on building structures for you to parkour on. You are not have to strictly stay to one side, but you are required to unlock the things in a set order. Because of this, you are unable to simply skip to the last improvement on one side after donating the rest to another side.

The crossbow is the fourth upgrade to unlock on the Peacekeeper’s side, and it is easily the best one of them all considering that it appears to be the only way to unlock the weapon, and because the rest of the upgrades are a bit situational. The crossbow can be unlocked after the player completes the fourth unlock on the Peacekeeper’s side. When you have successfully unlocked the crossbow, it will be added to your Player Stash. Your Player Stash can be located in any secure location. In terms of its operation, the crossbow is very similar to the bow and arrow, with the exception that it uses bolts to do its job rather than arrows. You will also be responsible for making the bolts, which, like the arrows, are available in a wide variety of distinct elemental flavours. The crossbow is significantly more powerful than the bow, and it just takes a few shots to kill a zombie with it, unlike the bow, which requires you to unlock each type of elemental bolt individually before you can use it. Another advantage of the crossbow is that it does not degrade with time.

Is there a legendary crossbow in Dying Light 2?

The PK Crossbow is a Peacekeeper weapon in Dying Light 2, as its moniker suggests, and obtaining it is contingent on your allegiance to the Peacekeepers as a playable side. How exactly do you go about doing that? You won’t be able to get your hands on this item straight away, but if you merely go through the story, you’ll get very close to having it in your possession.

The crossbow is without a doubt the most effective weapon in the overall package. You can manufacture bolts with elemental attributes, such as electricity and fire, and it will never break. It has a range and a quick rate of fire, which makes combat substantially simpler versus slower adversaries.

Can you get Lawan’s crossbow?

When you first meet Lawan, one of the most significant characters in the game, she will be armed with a crossbow, and this will be your first opportunity to use one. Despite this, you are not going to really get access to the weapon for a considerable amount of time yet.

Is there a secret gun in Dying Light 2?

Are there Level 9 bows in Dying Light 2?

What is the most op weapon in Dying Light?

The Gonunaba has surpassed all other katanas in Dying Light to become the most coveted and coveted of them all due to its status as the ultimate katana. It won’t matter how much stamina you have because this slashing weapon can tear through enemies like they’re made of paper.