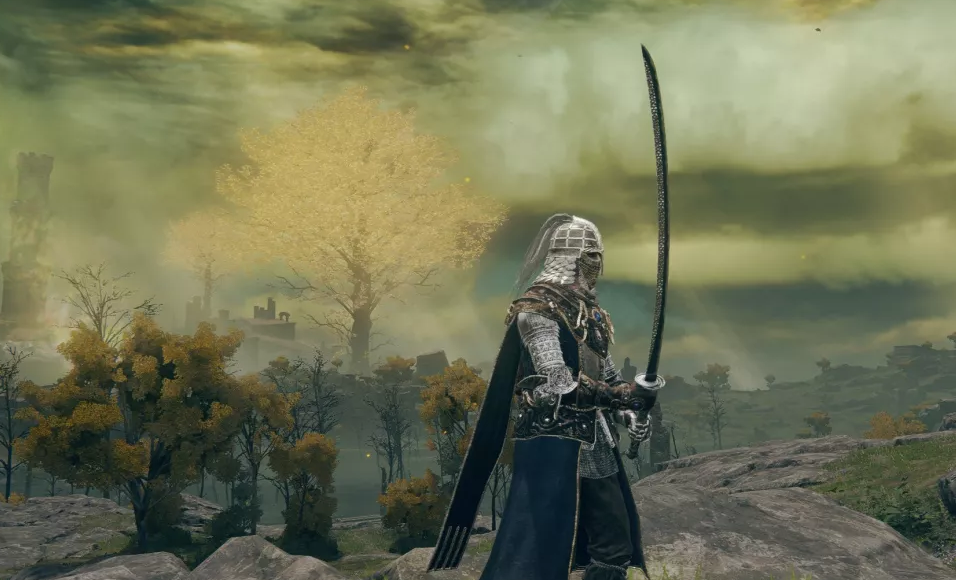 However, due to their one-of-a-kind designs and impressively potent weapon arts, certain weapons have already established something of a cult following among the player base of the Elden Ring. The Moonveil Katana is one example of this type of weapon. It is a magical blade that may be obtained early on in the game provided the player is willing to face a difficult boss and dungeon. The Moonveil Katana can be obtained by following these instructions in the Elden Ring.

Read Also: How to Get Summon And Use The Mount in Elden Ring

How To Get The Moonveil Katana in Elden Ring

One of the many dungeons in the game is the location of this mighty magic katana, which can be found there. To be more specific, you will need to travel on the Gael Tunnel, which can be found on the border between Limgrave and Caelid (as depicted in the image in the below), in order to locate the Moonveil Katana.

Once you have made it to the Gael Tunnel, you have the option of slaying every foe that you see within this dungeon; however, you should keep in mind that you are now in the middle of the game at this point. If this is your first time travelling through the Lands Between, it is probably best to steer clear of the hostile territory until you become more experienced. You should claim the site of grace that is located very early on in the tunnel so that you can use it as your respawn place later on.

Once you have taken control of the site of grace, continue into the tunnel, engaging the foes that you encounter in combat or skirting around them until you reach the door to the boss, which is indicated by a yellow fog gate. Do not go into the room with the boss just yet. If you open the door that is to its left, you will find another place of grace as well as the exit to the cave. After you have refreshed yourself at the site of grace, you will be ready to challenge the boss of this dungeon and claim the Moonveil Katana as your reward.

The Magma Wyrm that can be found in Gael Tunnel may be quite difficult for players of lower levels, despite the fact that this boss does not have a unique appearance and can be found in multiple spots across Elden Ring. This is owing, in part, to the fact that its attacks are laced with fire and cause significant damage. However, this is primarily because of the confined boss arena in which you will be engaging in combat. As a reward for defeating the Magma Wyrm, you will receive the Moonveil Katana, in addition to a Dragon Heart, once the fight is over.

Where is the Moonveil katana in Elden Ring?

Defeating the boss at the end of the dungeon Gael Tunnel, which can be found in Eastern Limgrave right on the border of Caelid, is required in order to get Moonveil. You can enter this dungeon rather early on in the game, and getting to the door leading to the monster shouldn’t present too much of a challenge.

What are the requirements for the Moonveil katana?

Using the Katana of the Moonveil

You need to have a strength of 12, dexterity of 18, and IQ of 23 in order to operate the Moonveil. The majority of weapons in Elden Ring have one essential benefit that not only makes them powerful but also keeps them relatively well-balanced.

Even now, Moonveil is regarded as a top-tier weapon due to the fact that its attacks deal significant damage and that its Ashes of War ability is one of a kind and lightning fast. If you want to get the most out of it, just like any other weapon in Elden Ring, you’ll need to make sure that your character is built correctly.

Why is Moonveil katana so good?

The Ash of War ability, found on the Moonveil katana, is exceptionally potent because to the fact that it can quickly unleash a projectile with both light and heavy attacks.

How to Find Zorua in Pokemon Go