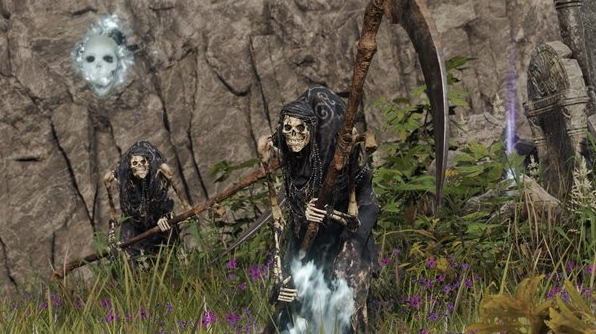 The Elden Ring will take players on an adventure into The Lands Between, where they will face a wide variety of adversaries and engage in combat with them. Skeletons are the only foes that will continue to exist after their health bar has been depleted to zero, while the majority of their opponents will perish as expected when their health bar reaches its final point.

Skeletons can be discovered wandering around Elden Ring’s vast open-world, and they are most commonly found in graveyards and other abandoned regions. Skeletons can be seen roaming the open-world. In combat, they are often not too difficult to deal with; nevertheless, the fact that they may swiftly return back to life even after being slain is one of the things that might make them particularly bothersome. However, there is a method that can permanently eliminate them, and it is not particularly difficult to work out.

Read Also: How To Parry in Elden Ring

How to Kill Skeletons in Elden Ring

In the game Elden Ring, after skeletons are vanquished, their bodies will fall to the ground, and a bright light will appear. This indicates that the skeleton is being resurrected, and unless players attack the skeleton before it returns from the grave, this process will continue indefinitely. Players may quickly eliminate the skeleton by targeting its body on the ground with a click on the right control stick. Once they do this, they can use any weapon they like to deal damage to the skeleton, and it will disappear for good. Players of Elden Ring will be aware that the skeleton is no longer alive once they have received Runes. After vanquishing a Skeleton foe, if the players do not receive Runes as a reward, they had better keep an eye on their backs because their foe is not yet finished with them. If players of Elden Ring happen to be facing off against a mini-boss foe known as the Tibia Mariner, who navigates the world in a spectral ship, then they have the opportunity to vanquish her and permanently remove the skeletons from the area by doing so. When you try to get rid of the skeletons while you are fighting her, they will just keep returning back to life, and she will conjure more skeletons from the ground. It is extremely pointless for you to try to do this.

The most effective strategy for dealing with a Tibia Mariner is to mount their horse Torrent and attack her as you pass by on horseback. Players are able to land powerful hits without fear of being attacked by her close-range water attacks as a result of this. Although it could take some time, this is the strategy that presents the least risk of injury during the confrontation.

How to Unlock Cooking in Animal Crossing: New Horizons