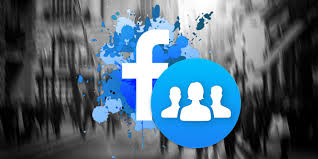 This post will lead you through the process of quitting a Facebook group on either a desktop or mobile device. This is something you may do if you’re receiving an excessive number of group alerts or if you just don’t fit in with the broader culture of the organization.

The desktop instructions operate the same way from any browser, regardless of whatever operating system you’re using on your computer. 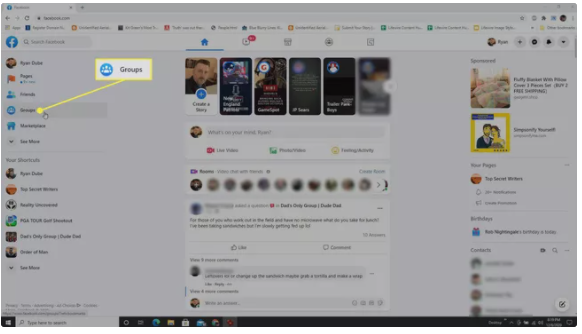 2.In the navigation area, you’ll see a list of all of your groups listed under Groups You’ve Joined. Select the group from which you wish to withdraw your participation. 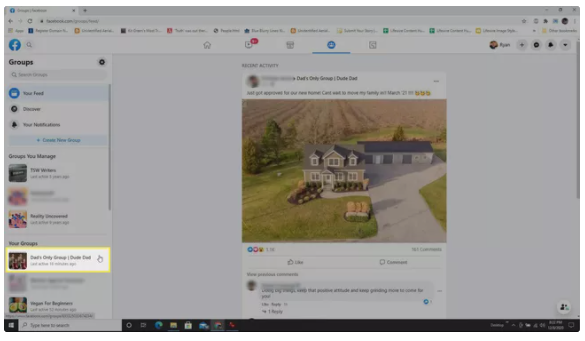 3.If you click on this, you will be sent to the relevant group’s page. Select the three-dot symbol in the upper right corner of the screen. Then, from the drop-down option, select Leave group to exit. 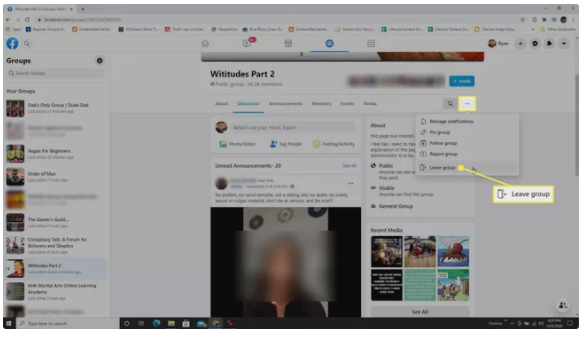 4.A confirmation box will show when you click OK. Select Leave Group to complete the procedure and permanently remove yourself from the group. 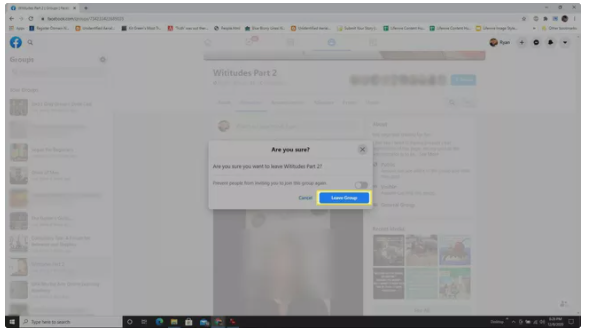 Please note that the mobile instructions provided below are compatible with both Android and iOS mobile devices, as long as you are using the official Facebook app.

1.Open the Facebook application on your mobile device and sign in. Select the three-line menu symbol in the upper right corner of the screen.

2.Select the Groups block at the bottom of the screen as you scroll down.

3.You’ll be taken to a page that displays all of the group alerts you’ve received. You’ll notice a list of your groups represented by huge icons at the top of the page. You may glance through them by swiping right or left, and then choose the group from which you want to quit.

4.The group will be opened as a result of this. Select the three-dot symbol in the upper right corner of the screen to bring up the Tools menu for the selected group. Select the icon that says “Leave Group.”

5.You’ll receive a confirmation message, which will ask you whether you’re sure you want to quit the group. After that, select Leave Group to finish the procedure.

6.You’ll receive a confirmation message if you’ve decided to permanently leave the group. It is possible that you will have the choice to report the group to Facebook if you have left the group due to something improper, damaging, or for any other reason than the one stated above.

When I don’t want to quit a group, but I also don’t want to be alerted of every new post, what should I do? Turning off post alerts should be an option at the top of the group’s settings menu. Turn off post notifications, and then slide the app out/close the app, and then return the app to continue. After that, you should be set to go.

When you leave a Facebook group does the admin know?

No. When a member of a Facebook group decides to quit, no one is told. No one, not even the administration. They will only know if someone comes to check on you to make sure you are still present.

Do admins know when you leave a group?

NOTE for Admins of Facebook Groups: Since no one is contacted when someone leaves a Facebook group, the admins of the Facebook group won’t know when a member of the group left either. You won’t be able to identify former members of your Facebook group or those who stopped following it, in case you were curious about that possibility.

On the other hand, if you’ve joined a Facebook group and found that it doesn’t live up to your standards, it’s probably time to quit. When you leave a Facebook group, the postings the group makes will be removed from your Facebook timeline, and you will no longer be able to post to or engage with the group.

Should I remove inactive members from a Facebook group?

One of the nicest things you can do for a Facebook Group is to get rid of members who aren’t participating in it anymore by removing inactive users. Not only do they take up space that isn’t essential and mess with the analytics you’ve set up, but they also have the potential to hinder the expansion of your Facebook group. Here’s why.
Related Topics:
Up Next

How To Combine Pdf Files on Windows 10