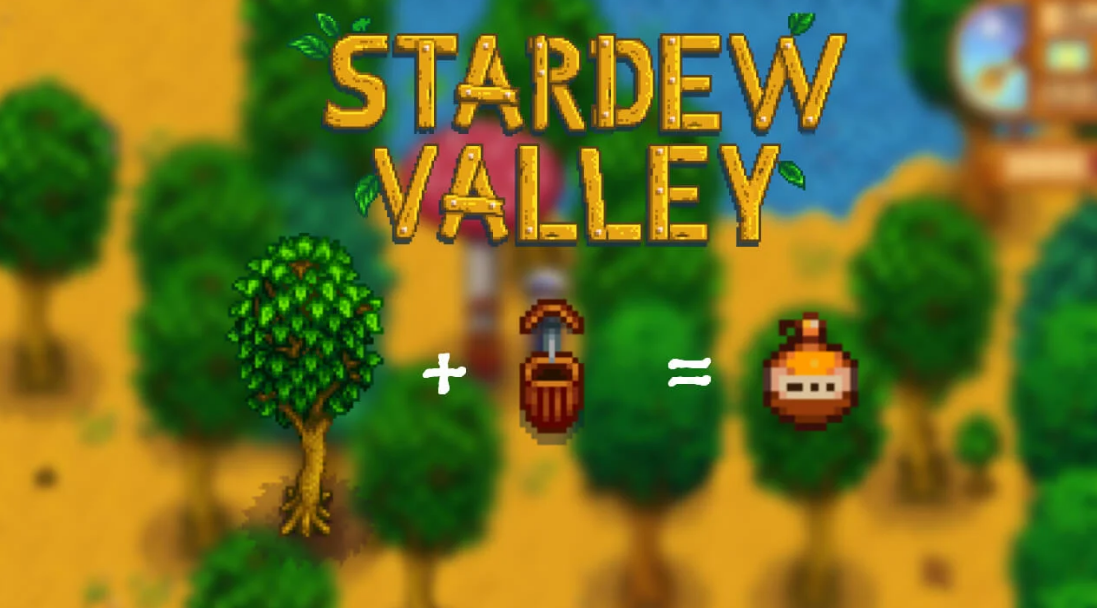 In Stardew Valley, Maple Syrup is a type of syrup that may be consumed to restore 50 energy and 22 health, or it can be used as a crafting material for other things in the game. Either Maple Syrup can be made from scratch, or it can be acquired by the utilization of a wood chipper in the processing of Hardwood. Additionally, you will require it in order to finish the quest chain in the community centre. Maple Syrup is required in order to create some objects, such as the Bee House, which allows one to produce honey. Maple syrup is a consumable item that can be made in Stardew Valley. This article will describe how to manufacture it. So let’s get started:

Read Also: How to Invite Friends in Stardew Valley

To begin, the player is tasked with locating an appropriate specimen of maple tree. The player’s farm is practically a forest when the game begins, and as a result, they will be able to find maple trees growing in the surrounding area. On the farm, you’ll find native populations of maple trees, oak trees, and pine trees as the three different kinds of trees. As a point of reference, the trees on the left side of the preceding picture are maple trees.

For players to be able to gather maple syrup, they will need to craft a tapper, which requires 40 pieces of wood and 2 copper bars to complete. Once the player has reached level 3 in the foraging skill, the recipe will become available to them. Gathering natural foods and plants like salmonberries and leeks, as well as felling trees, are two of the best ways to get experience in foraging. Due to the fact that players require room to farm, they will be forced to cut down some trees regardless; hence, it should not take too long for them to advance to Foraging level 3.

It will take around nine days from the time the player attaches the tapper to the maple tree before the player is able to collect the maple syrup. Because this is such a time-consuming process, it is probably a good idea to tap more than one tree. Players can even stagger them in such a way that they receive one (or more) bottle of maple syrup per day if they so like.

The hefty tapper is a new item that was introduced in version 1.5. It requires 30 hardwood planks and a radioactive bar in order to craft. It operates twice as fast as the conventional tapper, and the recipe may be acquired from Mr. Qi on Ginger Island for the price of 20 Qi Gems. Alternatively, you can make it yourself. It is essential to keep in mind that the tappers do not have to be positioned on trees on the player’s farm in order to function properly. In the wilderness, you are free to hang them from trees, but you can’t do that in town. This is helpful for players who want to get the most out of the space on their farm for the other things they need to do in the game.

It is possible to make a profit of 200g by selling maple syrup, but it is also possible to give it away as a gift to many of the people that live in Pelican Town (albeit Maru does not enjoy it). It is essential for the completion of some of the packages at the Community Center. The fact that it can be used as a component in the creation of the Bee House is perhaps the most significant application for it. It is unfortunate that it cannot be utilized for its most obvious purpose, which is to drizzle it on pancakes; this appears to be a significant omission.

Why am i not getting Maple Syrup Stardew Valley?

Why is my maple not producing sap?

The temperature of the air can rise quickly during the day, but it can take a while for a large pile of wood to warm up, especially if it had been quite cold just before the warm period began. Even if the ambient air temperature climbs much beyond 40 degrees Fahrenheit, the stem may continue to be frozen, and as a result, no sap will flow out of the tapholes.

Can you get syrup from all trees?

The sap of any type of maple tree can be used to produce maple syrup. Sugar maples, black maples, red maples, and silver maples, as well as box elder trees, are all suitable candidates for tapping. The sap of the sugar maple contains the highest concentration of sugar of any of the several types of maples.

What happens if you tap maple trees too late?

Since then, I’ve gained the knowledge that the later it is in the season that you start preparing syrup, the less sweet and more astringent it will be. If you wait too long in the spring to begin collecting and processing sap, there is a good chance that you will end up squandering both valuable time and money on producing syrup that no one wants to consume.

How many trees does it take to make one maple syrup?

The process of making maple syrup at home is time-consuming and takes some advanced organization, but the finished product is well worth the effort. It takes approximately 40 gallons of sap to produce one gallon of maple syrup, and every year, we are able to collect enough sap from the two maple trees in our yard to produce approximately half a gallon of syrup.