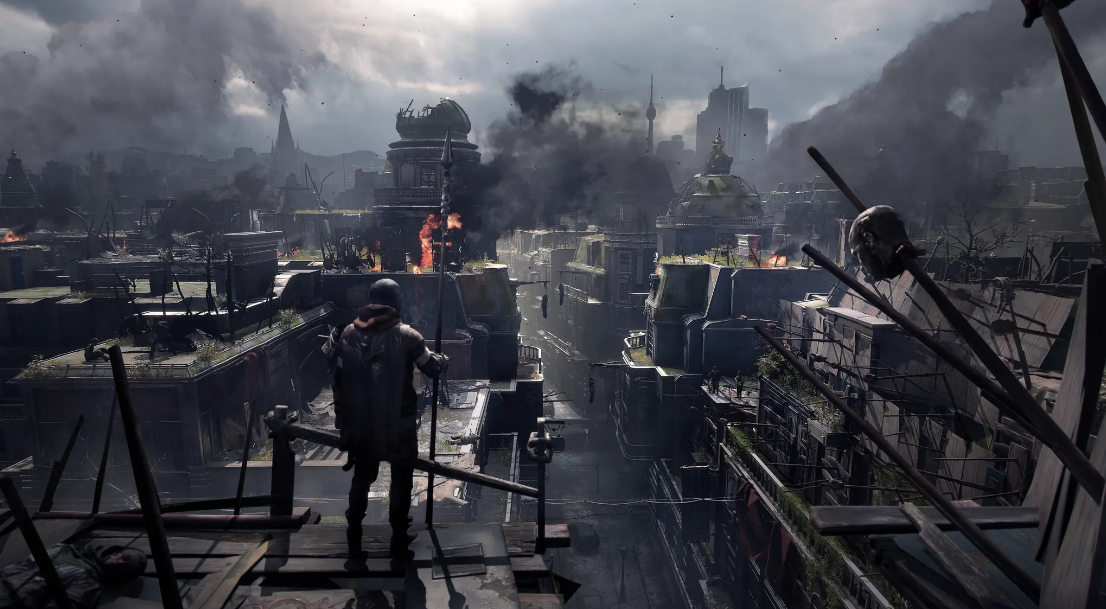 The nighttime is one of the most terrifying parts of the entire game in Dying Light 2, which is one of the reasons why you should avoid it. As soon as the sun goes down, hordes of zombies begin to roam the streets in search of human victims. Aiden only needs to make one mistake for every zombie on the map to get alerted, at which point they will all begin charging toward him until he reaches a safe location. Despite this, it’s not even close to being the biggest danger.

Aiden needs immunity in order to prevent himself from transforming into one of the mindless beasts he fights, which is what is suggested by the phrase “Stay Human.” There are a few different approaches that may be taken to stop this from occurring, and in order to prevail in Dying Light 2, a player will need to find a means to bolster their resistance in some way. This is the procedure you follow in order to restore your immunity in Dying Light 2. So let’s get started:

Read Also: How to Change FOV in Dying Light 2

How to Restore Immunity in Dying Light 2

Come Back to a Safe Zone

Mastering the art of weapon modification is one way to cope with the nightmarish conditions outside. Finding a secure location where you may be protected from your own personal nightmare is of the utmost importance. If your immune system is starting to fail and the clock is moving into the yellow, orange, or red zone, it is time to head back home. These areas are equipped with UV lights that, when turned on at night, restore Aiden’s immunity to its previous level nearly immediately. Because they are free, this is the most effective method for boosting one’s resistance to illness. Caution is advised, as the grey safe zones will occasionally need to be opened first, which can be a time-consuming process. Keep to the green options, which indicate that they have already been unlocked.

If at all possible, avoiding the need to boost one’s immune system is the most effective strategy to do so. Players will eventually be able to reach a high enough level that they will virtually be required to make an effort to avoid going out for a prolonged period of time. To accomplish this goal, you will need to locate inhibitors, which are the primary means of levelling up in the game.

As the game now has to be patched for a large number of issues, it is unlikely that any new inhibitors will be added in the near future. These GRE Caches improve both health and stamina, which may be seen very immediately; but, the natural boost to immunity is also greatly valued and welcomed.

Immunity Boosters Should Be Taken

Immunity Boosters come in a variety of flavours, and depending on which one Aiden chooses, it can restore anywhere from 35 to 80 percent of his immunity. In due time, blueprints will be located, at which point Aiden won’t need to look for the items himself because he’ll be able to produce them on his own. The encouraging news is that the components don’t seem to be all that hard to come by either.

It should be noted that while it is theoretically possible to improve one’s immunity with UV Shroomz, doing so is not recommended. Although the immunity provided by raw UV Shroomz only lasts for 35 seconds, the Immunity Booster, of which raw UV Shroomz are a component, provides protection for significantly longer (especially when players have enough inhibitors).

Can you get rid of the infection in Dying Light 2?

This infection can be treated, but unfortunately there is no known cure. In Dying Light 2, if you are in the shadows for an extended period of time, you won’t be able to survive. However, if you stand in the sun, you may be able to save yourself.

Because the sickness is active within you during Dying Light 2, it might be said that you are an Infected player. On the other hand, you can keep yourself alive if you have light and equipment like Inhibitors. Your initial immunity to the effects of darkness lasts for around five minutes, but it can be reset if you come into contact with UV light or sunshine.

What happens if your immunity gets low Dying Light 2?

However, if the virus continues to spread, the person’s immunity will continue to decline until they finally transform into a zombie. Checking the area in the top centre of the screen will make it simple for you to monitor Aiden’s resistance levels. When you go through the city at night or move into an area where there is no sunlight, this tracker will become active.

Can you get a girlfriend in Dying Light 2?

In a nutshell, the answer is no; you will not be able to romance Lawan in Dying Light 2. The game does not include a romance system; however, the decisions you make will affect whether you have a positive or negative consequence.

How to Invite Friends in Stardew Valley