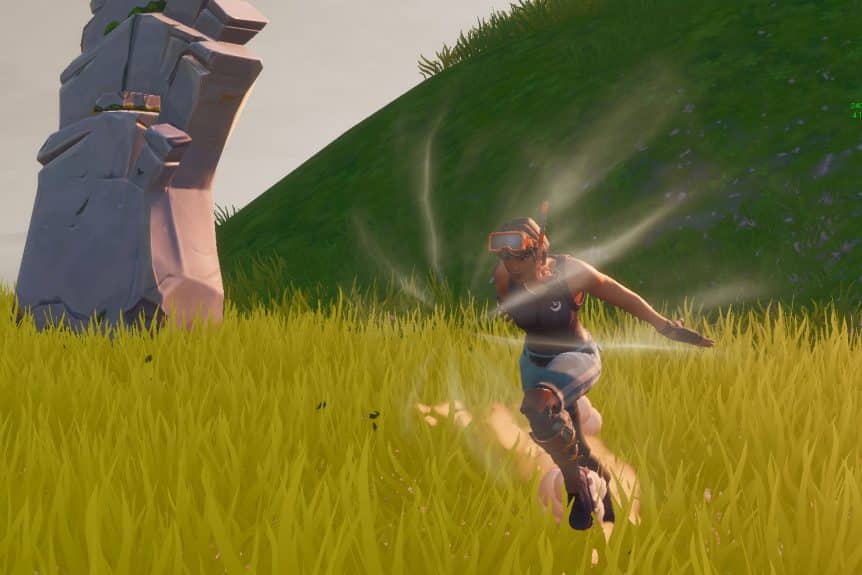 Fortnite fans will have noted that the game’s new ‘tactical sprinting’ function has been added to the game as part of Chapter 3 Season 2, and it’s a great method to avoid getting into trouble now that constructing has been removed from the game.

Sprinting is a vital skill in Fortnite, whether you’re using a PC, PlayStation 4, PlayStation 5, Xbox One or Xbox Series X/S console. Epic Games had this to say about the new feature: “You’ll have to give up anything you’re holding in order to complete this sprint. A new sprint metre will tell you how long you can keep up the speed of running at such a high rate.”

No one, however, wants to be left behind, and if all of your competitor players are sprinting across the map at breakneck pace, you won’t want to be caught short at any time throughout their race. Continue reading, and we’ll show you how to do a tactical sprint in the most recent edition of the game, Fortnite.

Read Also: How to Get Fortnite on iPhone

How to Sprint in Fortnite on PC

You’ll need to press the left-hand shift key on your keyboard while your character is moving around in order to sprint in Fortnite on PC. Continue to hold down that button while moving your character and you should notice that they become a little bit faster, which might offer you a significant edge on the battlefield.

How to Sprint in Fortnite on Switch

To sprint in the Nintendo Switch version of Fortnite, you should press in on the left analogue stick, which should be found on your left-hand Joy-Con. This might be slightly awkward to do, but the benefits to your game are not to be scoffed at!

How to Sprint in Fortnite on Xbox

When your character is travelling about, you must press in on the left analogue stick (also known as the LSB) on the Xbox One, Xbox Series X, or Xbox Series S in order to sprint. This is how you do a tactical sprint, which may help you get out of a tight place while also allowing you to stay in the game for a little longer.

How to Sprint in Fortnite on PlayStation

To sprint in Fortnite on the PlayStation 4 or PlayStation 5, you just need to push in on the left analogue stick (also known as L3) while moving your character across the map. This will provide you with the necessary speed increase. If you’re a fan of action-adventure games, you’ll be familiar with the fact that this is a very standard control scheme for sprinting.

Notably, you should be able to map sprint to a different button in the Fortnite settings menu if you don’t appreciate pushing down on your analogue sticks when you’re playing. Perhaps having it on a shoulder button would be more your style. That is all up to you!

Why can t I sprint in Fortnite?

Check your controls if you are unable to sprint in Fortnite.

Make sure that sprint is bound on the Controller Configuration page by navigating to your settings and checking that sprint is bound there. You’ll find the appropriate setting for this immediately below. Sprinting in Fortnite requires you to be towards the top of the left-hand list, so reassign as required to make this happen.

Why do I run so slow in Fortnite?

Fortnite lagging difficulties, such as frame rate dips or internet delays, can be caused by incorrect game settings, which are discussed further below. Consider the following scenario: if your graphics settings are too high for your computer hardware, you should drop your graphics settings and restart your game to see if this lessens the lagging.

How to Fix It When One AirPod Is Not Working

How to Block or Unblock Someone on Your PS4