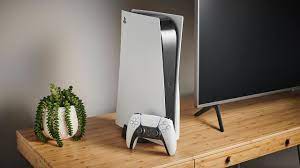 The following is an explanation of what HDMI-CEC is and how to turn it off on your PS5:

Read Also: How to Install and Stream Paramount Plus on PS5

HDMI-CEC is a function that may be found in modern devices that make use of HDMI connections. HDMI-CEC is an acronym that stands for HDMI Consumer Electronics Control. It makes it possible for your TV to communicate with the connected device, which makes it much easier to use both of them.

In application, this makes it possible for your TV to control certain parts of your connected Blu-ray player, gaming console, or other device of a similar nature—and vice versa. The PlayStation 5 brings HDMI-CEC into play in three primary ways, namely:

Because of these capabilities, you won’t have to fumble about with your TV remote or turn on your PS5 every time you turn on your TV. However, if they get on your nerves, you may easily disable this feature.

How to Disable HDMI-CEC on Your PS5

After turning on your PS5, use the gear icon located in the top-right corner of the screen to access the settings menu. After reaching that point, navigate to Settings > System > HDMI. Disabling HDMI Device Link is the thing to do if you never want to use this feature again.

There are, however, two other choices that can be considered. When you turn on One-Touch Play, you can choose whether or not your TV will turn on automatically when you start up your PS5. When you switch off your TV, your PlayStation 5 will automatically enter Rest Mode if you have the option to “Enable Power Off Link.” If you choose, you can deactivate just one of them without affecting the other. 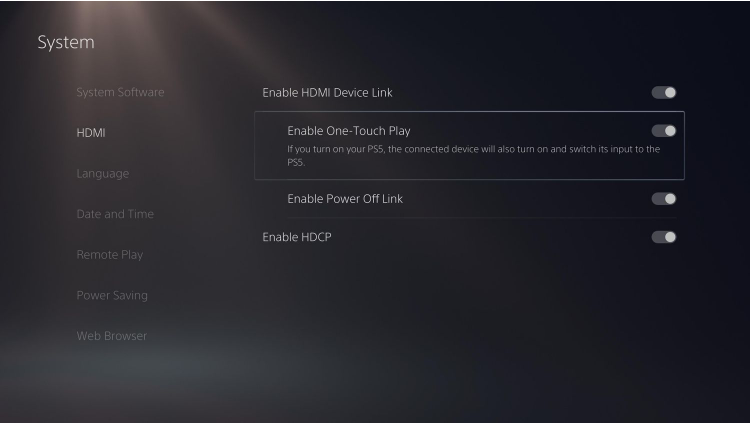 HDMI-CEC: Useful in Some Cases

You are now aware of how to prevent your PS5 from going on and off at the same time as your TV. It is possible to disable this feature on each individual device if you have many consoles connected to the same television and do not want any of them to use this feature. On the other hand, disabling HDMI-CEC on your television will put an end to the issue far more quickly and completely.

The manufacturer of your TV will determine both the name of this option and its location on the menu screen. For instance, LG televisions refer to it as SimpLink, whilst Sony televisions call it BRAVIA Sync. If you are unable to discover your model in the settings menu, you can try searching for it on Google.

Why does my TV keep turning on my PS5?

Why does my PlayStation keep turning itself on?

You’re thinking to yourself, “Why does my PS4 turn on by Itself?” There are a variety of reasons for this, including the need for software upgrades, difficulties with the hardware, and defective power connections and port connections.

What is HDCP on PS5?

High-bandwidth digital copyright protection is what is meant by the abbreviation HDCP. In spite of the fact that this is somewhat wordy, what it amounts to is a method for prohibiting third-party devices from recording video from your PS5. The rationale behind the existence of such a function is rather straightforward.

Because the console is able to devote all of its resources to the download of the game when it is in Rest Mode, the PS4 and PS5 are both capable of downloading games substantially faster. You can easily evaluate yourself using this information as well! When the console is turned on and running games, the situation is different than when it is being downloaded to because it has to share its resources between gaming and downloading.

Why does my PlayStation turn on with my TV?

If your PlayStation 5 (PS5) is linked directly to your television set, you run the risk of activating your video gaming console inadvertently whenever you switch on your television. If your system is connected to your TV by means of a passthrough device (such a speaker system, for example), then it is possible that the problem lies with the other device.

Why did my PS5 turn off by itself?

Check for problems with overheating.

There have been reports that playing certain PS5 games can cause the device to get too hot. Your PlayStation 5 will turn off on its own if it gets too hot, protecting the system from any potential damage. The video game system simply powers off without displaying any kind of warning or indication on the screen. Games for the PS4 often do not cause the console to become too hot.

How to Make Gray Dye in Minecraft

How to Allow Zoom Participants To Share Screen on Desktop