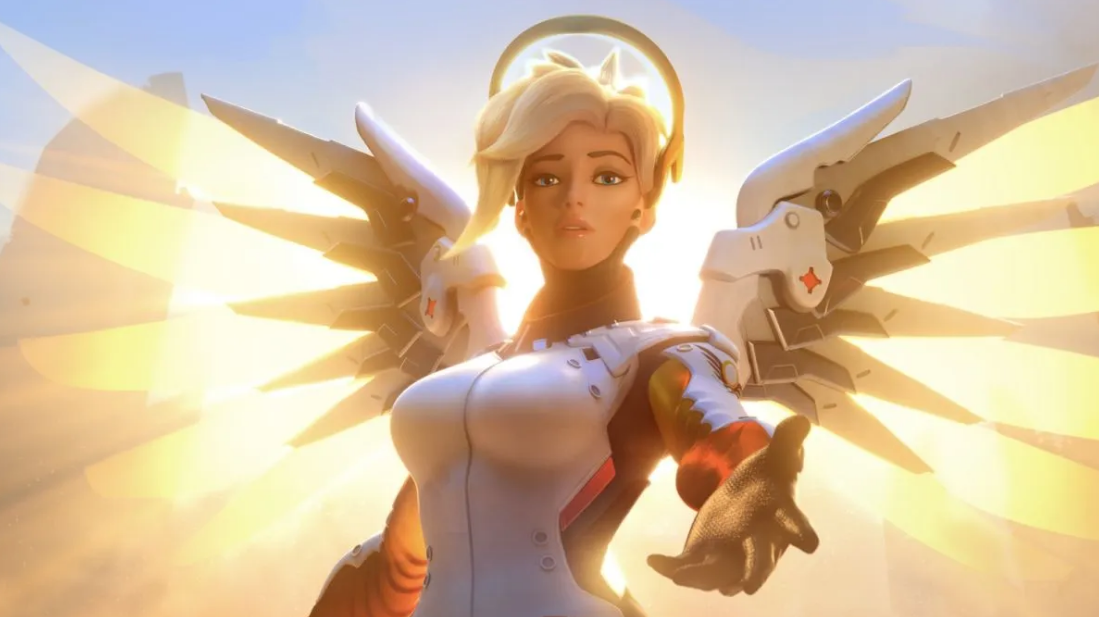 In Overwatch 2, there is a lot of variation in the action thanks to the game’s cast of 35 legendary Heroes. Every hero in the game belongs to a specific class, such as Tank, Damage, or Support. Support characters should provide an excellent cover for damage dealers and tank characters while they carry out their duties in the foreground of the battleground. After all, it is a component of the conflict that is being fought. Mercy is an example of one of these angelic Support Heroes who can use her Caduceus Staff to heal allies. In addition, the wings that are displayed on her back are not just for show because she possesses the ability to fly. You will learn how to perform a super jump while playing as Mercy in Overwatch 2 by reading the information contained in this post. So let’s get started:

Read Also: How to Play Pharah in Overwatch 2

Learn how to fly as Mercy so that you may heal your teammates and do damage to your opponents from a new vantage point.

1. To begin, direct your gaze at a friendly character to “lock” them with your blue cursor. You will be given the opportunity to run toward them while they are getting locked, as depicted in the figure to the below. 2. You can go to the ally swiftly by using the skill “Guardian Angel” that you have. 4. You might also try doing a rapid dash backwards here as an additional method of movement. You will need to employ the Guardian Angel ability once more in order for this to take place. After that, when you are approaching the ally, hit the key that moves you backwards and the button that makes you jump. In Overwatch 2, you will be able to use this to fly in reverse when using Mercy.

This is a fantastic method for providing teammates with just enough to keep themselves alive while engaged in combat. Additionally, Mercy’s super jump has the added ability to do damage to foes. In Overwatch 2, you will see a bar on the screen that is white in colour when you are using the Mercy flying ability. When that bar reaches that red point, Mercy will have the ability to take a super flight in OW2 for the first time.

How do you slingshot with Mercy?

Simply press the crouch button and maintain the GA hold the entire time. Release your grip on GA when you perform the super jump.

What is Mercy’s e ability?

When Mercy is activated, one of two beams that connect to an ally is brought into play. She can either replenish that ally’s health or boost the amount of damage they deal by keeping the beams. Either option is available to her. Amplified damage of +30% of the original amount.

Did they remove Mercy Super Jump?

The’super bounce’ gimmick in Mercy’s broken version in Overwatch 2 makes it hard to shoot her. Despite the fact that the most recent Overwatch 2 Beta version deleted Mercy’s’super jump’ trick, players have already developed an acceptable replacement and perhaps even an improvement in what is being termed a new’super bounce.’ This is how the process goes.

How do you Egirl jump Mercy?

You will see a metre appear to the right of the reticle as you move your mouse over the screen. The greater the charge that is currently on the metre, the greater the leap that will be taken. When the metre is at its maximum, you should point up and jump. This will lead Mercy to launch into the air, giving her the opportunity to locate a secure landing spot while she is in the air.

How Does Mercy’s ultimate work?

When Mercy activates her ultimate ability, she gains the ability to fly and amplifies the power of all of her other powers. It accomplishes this goal in a number of ways, one of which is that it enables your healing and damage tethers to extend to other close teammates. You can utilise this to make a significant push on an objective, or you can use it to defend yourself from some ultimate attacks from the enemy.

How to Change TikTok Video Speed on an iPhone or Android