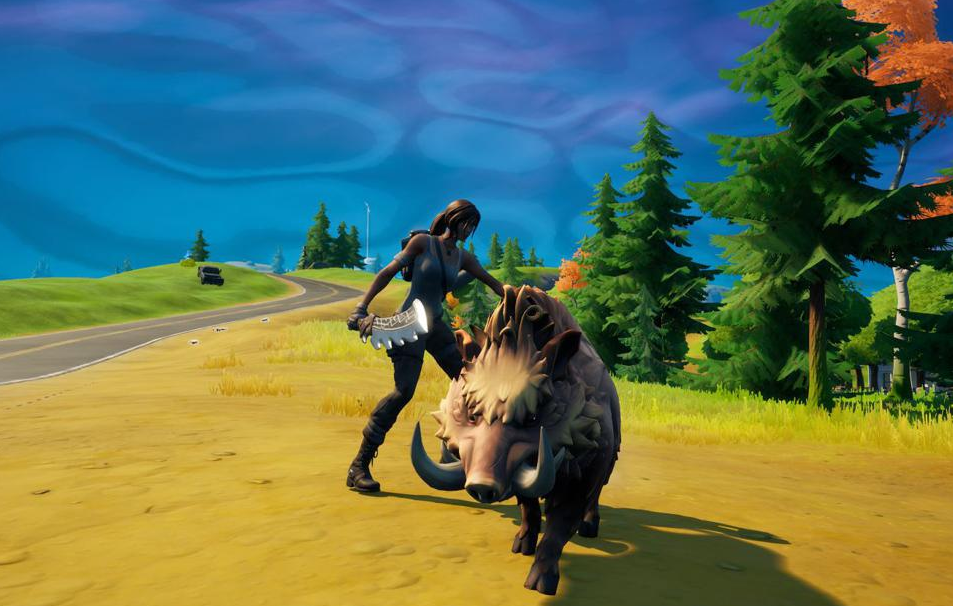 Since the introduction of wild animals in Fortnite during Chapter 2: Season 6, players have had a wide variety of options to choose from when it comes to spawning in the game as one of these creatures. Even though the raptors have been removed from the game, you may still run across wolves, boars, and chickens when exploring Chapter 4: Season 1 of the game.

Some of these species, such as chickens and frogs, will simply go about their business, but other, more dangerous predators, like as wolves and boars, will attack you as soon as they see you. This adds an altogether new level of risk to the well-known battle royale game. This is a guide that will show you how to tame wolves and boars in Fortnite. It is included below for your convenience. So let’s get started:

Read Also: How to Get the LeBron James Cosmetics in Fortnite

Taming an animal in Fortnite is required in order to use it as a mount in the game. If you land directly on top of a wolf or boar, you will immediately tame it and be able to ride it around the world on its back. All you have to do to accomplish this is jump directly on top of the animal. You can also use food items to help you tame and ride animals in Fortnite, even though this is by far the easiest way to do so. However, if you don’t trust your jumping skills enough to land directly on the back of a wolf or boar that’s trying to attack you, you can always use food items as a backup plan. Any fruit or vegetable can be used to tame a wild boar if it is presented to the animal while it is nearby. Produce boxes at homes and shops, as well as plants that grow in various parts of the world, are common places to find produce. After that, it will approach it, and you will need to sneak up close to the boar, press and hold the interact button, and then you will be able to tame it.

Find and kill any animal from which you can obtain meat, and then bring it close to a wild wolf. This will allow you to tame the wolf. Once more, it will start devouring the meat, which will grant you the opportunity to approach it and press and hold the interact button in order to tame it.

How do you ride wolves and boars in Fortnite?

In Fortnite, all you have to do is leap onto an animal’s back in order to ride it. You won’t need to make any further inputs; all you have to do is click the jump button and aim for the animal’s back to begin riding it. You can stay atop it for as long as you like, provided that an opponent doesn’t take it down first. You have the ability to shoot and throw items while you are mounted on an animal.

Can you tame wildlife in Fortnite?

Normally, wild animals can be tamed using food, however the Wildlife Spawner gadget has a feature that will automatically tame animals for an instigator if they are used with that setting.

Can you tame a Dino in Fortnite?

In order to tame a raptor in Fortnite, you will first need to construct a Hunter’s Cloak using the necessary materials. When you are wearing that cloak, you will have the ability to tame any Raptor that you come across by just walking up to them and taming them when you are prompted to do so.

Did they get rid of boars in Fortnite?

With the release of Chapter 3 of Season 3, players now have the ability to clear the island of wolves and boars while playing the game. This makes it possible to move freely around the island while also aiming, shooting, reloading, building, and healing, as well as doing almost anything else you can imagine.

What is the dinosaur in Fortnite?

In the version 19.10 update for Fortnite, a massive dinosaur known as a Klombo — or “Colombo,” as autocorrect likes to type it — has been added to the island, while Tilted Towers have also been brought back. If you use Klomberries to tame them, these friendly giants won’t fight you unless you provoke them, and if you do, they could even give you some goods as a reward.

Is the Fortnite dinosaur Killable?

It was a waste of ammo for players to fight the Klombo because the creature could not be killed and did not drop any items. Players may attack the creature, which would eventually cause it to become hostile. The Fortnite developer Epic Games made the decision to remove the Klombos at the beginning of the new season, despite the fact that the creatures were a pleasant addition to the game.