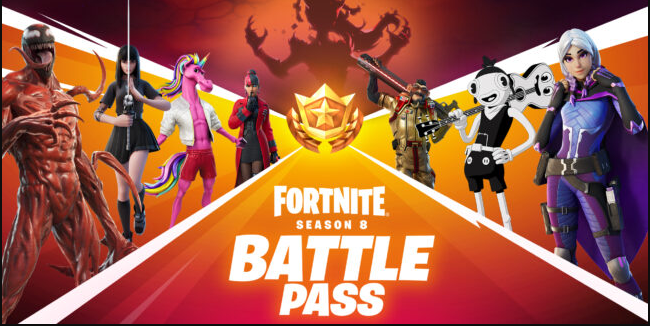 Nuts and bolts are used for various tasks and upgrades in Fortnite. As season 8 begins, many of the previously used mechanics have been replaced by new ones. However, the crafting system is still in place, allowing players to upgrade their weapons if they have the required components. Nuts and bolts allow players to construct more powerful mechanical weapons in the game. However, there is no simple solution to the question of where to find them, making their discovery a challenge. Players will need to locate them on the world map to complete one of the new Character Quests.

If you want the Carnage skin, you should do your best to complete as many of these Character Quests as possible. Although there are four additional challenges in Kitbash, players must first complete the Nuts and Bolts challenge in order to unlock them. The challenges in Kitbash all have something mechanical at their core. If players aren’t aware of where to look, they may have a hard time locating them. How to Locate Nuts and Bolts in Fortnite.

Read Also: How to Get Fortnite Blizzabelle on Consoles (Xbox, PlayStation, Switch)

Part of Kitbash’s Character Questline is to amass a collection of Nuts & Bolts. This android humanoid can be seen skulking around the docks of Dirty. A conversation with him will start his questline, and the first assignment players will have is to locate Nuts and Bolts. Players who complete this will gain 12,000 XP toward their Battle Pass.

Red toolboxes contain various fasteners. These tend to spawn near structures like workshops and buildings, though this is not always the case. Dirty Docks, Steamy Stacks, Craggy Cliffs, and Sludgy Swamp are all good places for players to rest their heads. If you’re having trouble tracking down red toolboxes, you can always get them by harvesting cars. Named Locations, such as Lazy Lake, Pleasant Park, and Holly Hedges, are where you can find these. All that’s required of players is to wreck the vehicle to the point where the Nuts and Bolts fall out. However, players must use caution, as vehicle explosions following HP depletion can prove fatal. Thankfully, you will only need a single Nuts & Bolts piece to complete the task at hand.

Since it can be difficult to locate Nuts and Bolts, players should prioritize completing Kitbash’s missions in a single game. Third in his chain of challenges is to use a weapon bench to improve a weapon.

Does any NPC sell Nuts and Bolts in fortnite?

In light of this, the following is a list of two non-player characters (NPCs) who will trade gold for nuts and bolts. Their locations are as follows: You can rely on Rick Sanchez and Marigold to look out for you.

Where are the Bolts located?

Newton serves as the hub for all of the Bolts Boston Region programs, which provide their services to communities all over Norfolk and Suffolk Counties. This is one of our most competitive regions, with 17 teams ranging in age from U8 to U19. Facilities of primary importance include those located at UMass Mount Ida and Roxbury Latin.

What is the rarest skin in the Item Shop?

Renegade Raider is the Fortnite skin with the highest level of rarity. In addition to reaching level 20 in the Battle Pass, you were had to pay a total of 1200 V-Bucks to unlock it.

What is the most bought item in Fortnite?