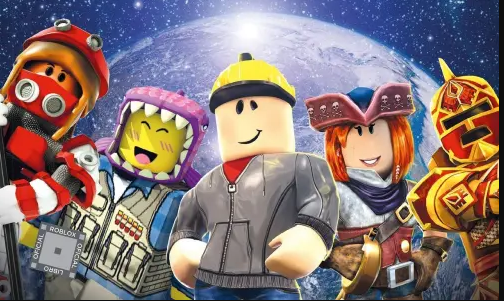 The most recent episode of the long-running animated sitcom The Simpsons aired this past weekend on Fox. The show was all about a fictional game called Boblox, which was a not-at-all subtle homage to the actual game Roblox. And as it turned out, it was one of the better episodes of the season up to that point.

Whenever you bring up The Simpsons in modern times, you will invariably find yourself confronted with criticisms on the deteriorating quality of the show. In addition, it is generally the case that new episodes do not live up to the standards set by older ones. But this season (34! ), as well as the one before it, has been quite decent, and it has had some truly incredible episodes, such as “Pixelated and Afraid.” And despite the fact that the most recent episode centred on Roblox isn’t all that great, it’s still an entertaining half-hour that gives the impression that it was written by somebody who has played Roblox at least once or talked to anyone who has played Roblox.

After a brief spoof of the video game Assassin’s Creed that featured concealed swords and historical individuals who had been murdered, Bart is coerced by Marge into playing a computer game called Boblox, which is more friendlier and less violent. In addition, it is a wonderful touch that whenever the episode depicts something happening in the game, it does so with 3D CG animation that appears sharp and flat, exactly like Roblox does. On the other hand, because his parents are impoverished and do not have a new personal computer, his outdated computer experiences difficulties when he is playing the game, which allows the Simpsons to repeatedly sell a mohawk hair item. As soon as possible, this scheme develops into a full-fledged operation, and the children from Springfield Elementary School and the school’s similarly outdated and shoddy computers are recruited to participate.

This is a fun enough idea, and it is quite evident that the writer Ryan Koh is familiar with Roblox as well as the culture around online video games. At one point, we witness two streams providing a summary of an ongoing Boblox online conflict between Bart’s group and another school using a similar in-game fraud. The war is being fought using a similar in-game scam. The skit has a genuine feel to it, and it concludes with a terrific moment in which two young children implore their audience members not to post anything racist in the comments section.

The introduction of principal Skinner, though, is the moment that this episode takes a significant step forward. Bart, the typical bad kid, joins forces with Skinner because Skinner is desperate for money and because Skinner wants to change the school into a performing arts school (in order to avoid test scores and grade evaluations). They are both contributing to the expansion of the hoax. At one point, Skinner makes use of the authority he possesses as principal to intimidate Martin Prince into maintaining his silence by threatening to give him an A- on his upcoming report card. I really enjoy it when The Simpsons put Bart in a situation with Skinner because you can tell that Skinner despises Bart but also has a strange respect for him, and this episode demonstrates that Bart feels the same way about Skinner as Skinner does about him.

Oh, and in addition to that, I am aware that this was reportedly a parody of The Wire. However, I’ve never watched that show, so I can’t comment on whether or not the episode did a good job with that aspect. That is something that I will defer to all of you Wire fans out there to decide.