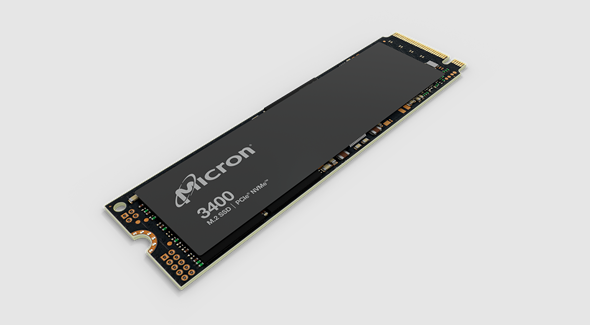 Micron has introduced a 232-layer client SSD, making it the first 232-layer NAND following Yangtze Memory Technology to overcome the 200-layer barrier. The diskmaker believes the product will be successful because to its responsiveness and low power draw.

A statement was made by Praveen Vaidyanathan, Vice President and General Manager of the Client Storage Group at Micron. He said, “With this SSD, we concentrated on creating an exceptional user experience for PC consumers.” Impressive application performance and exceptional power savings are delivered by [its] capabilities. The improvements in overall performance are also very real. The 2550 features a six-plane NAND die with a separate word line on each of the six planes, which enables concurrent reading to take place. In addition to that, its on-drive dynamic SLC cache benefits from predictive cache loading technology.

The maximum read bandwidth produced by the 2450 was up to 3.6 GBps, and the maximum write bandwidth was up to 3 GBps. These maximum figures are increased to 5GBps and 4GBps by the 2550, making them substantially quicker. Similar enhancements have been made to the maximum IOPS statistics, which have increased from the 2450’s 450,000/500,000 random read/write IOPS to the 2550’s 550,000/600,000, making it once again substantially quicker. According to Micron, its performance on the PCMark 10 storage performance benchmark is superior to that of its competitors:

It has the same endurance as the 2450, which is 256GB – 150TBW, 512GB – 300TBW, and 1TB – 600TBW, and it has a rating of 2 million hours for its mean time to failure (MTTF). On the basis of this, as well as the improvement in performance and power consumption over the 2450, it should find a favourable reception from the original equipment manufacturers (OEMs) of PCs and notebooks.

According to projections made by the research firm Forward Insights, Micron expects that PCIe 4 is going to become the SSD sweet spot over the next few years. Despite this, the company has not disclosed any plans for PCIe 5 client SSDs. In the most recent episode of The Simpsons, Bart is seen operating an illegal Roblox scam