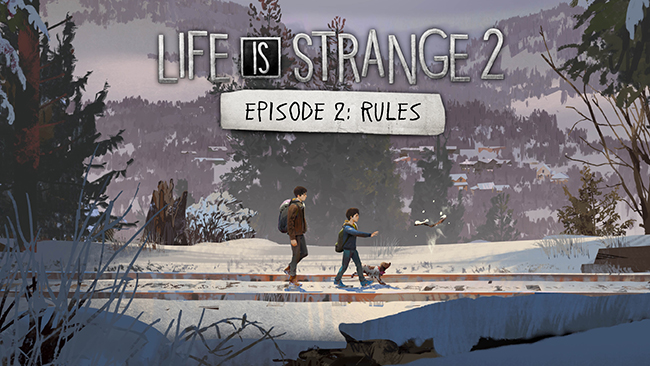 Square Enix associated with Dontnod Entertainment recently has released one more new trailer for the upcoming Life is Strange 2: Episode 2, titled with ‘Rules’. Yes, the trailer does present how Sean teaches Daniel for the basic rules to use and control his supernatural powers. Here we will see how Sean acts as a mentor for his nine-year-old little brother Daniel to embrace his power, but also keep all his abilities as a secret. Well, for the last one, might won’t be easy for Daniel to practice it as he’s still so young and full of energies to be explored.

On the other hand, in the trailer, we also will see Chris Eriksen, the young boy which played in“The Awesome Adventures of Captain Spirit.” In case if you’re not familiar with it, The Awesome Adventures of Captain Spirit is a short free prequel of Life is Strange 2, which introduced the players to Chris, a wildly imaginative 10-year-old who dreams of becoming a superhero named Captain Spirit.

In my opinion, it looks like that Life is Strange 2: Episode 2 will have a huge twist related with The Awesome Adventures of Captain Spirit. As we can see from the trailer that Chris somehow connect with Daniel.

Nevertheless, there will be just one day left for us to reveal the game, as Episode 2: Rules for Life is Strange 2 will be launched for all the fans tomorrow on January 24, for PC, PS4, and Xbox One.

How To Get Atoms Easily In Fallout 76