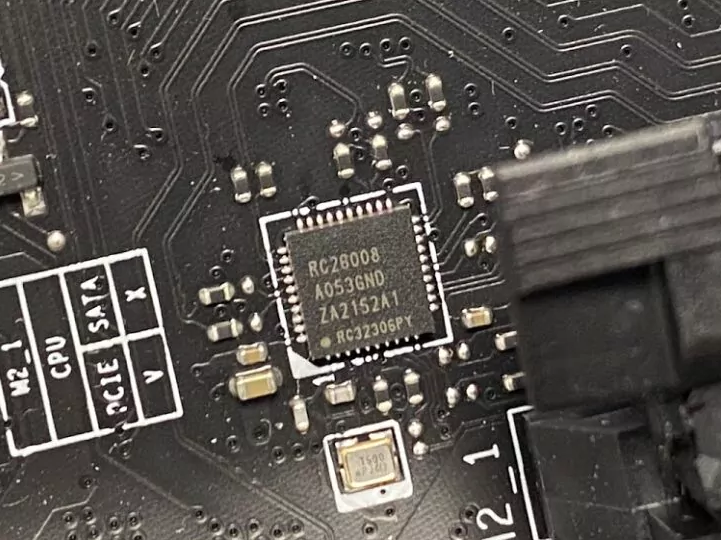 Over the course of the past few weeks, we have reported on a variety of leaks concerning the MSI B760. These leaks include photos, PCB leaks, and even prices that were discovered to have been leaked just yesterday. An overclock of the Intel Core i5-12400 Non-K CPU that is running on the MAG B760M Mortar Max WIFI motherboard has been brought to our attention by chi11eddog.

One of the several Intel B760 motherboards that the manufacturer will be releasing at the beginning of January is the MSI MAG B760M Mortar MAX WIFI motherboard. The MAX series is especially well-known for the additional features that it provides, such as Non-K BCLK OC, which is something that we also have on the B660 MAX series. The leaker claims that the MSI MAG B760M Mortar Max WIFI is equipped with a Renesas RC26008 clock generator. If this is true, then users will be able to manually alter the BCLK setting on an Intel 12th or 13th Generation CPU.

The leaker does show us a demonstration of the MSI MAG B760M Mortar Max WIFI motherboard. The video shows that the Intel Core i5-12400 CPU is running at 5.00 GHz, which is achieved by raising the BCLK to 125.00 MHz. This is a cool +600 MHz OC, which should result in greater overall performance as a result of the higher clock speed. The stock CPU operates at 4.4 GHz. The MSI B760M Mortar MAX WIFI will be available in both DDR5 and DDR4 iterations, each of which will be priced at $219 and $229 US dollars, respectively. These are good prices for mainstream motherboards, and they are definitely an advantage if you want to take your 12th or 13th generation Intel CPUs and manually overclock them to get a little more performance out of them. You could also choose to save some money by going with the current B660M Mortar Max WIFI motherboard, which can be purchased from retail shelves for the price of $199 US. However, you should keep in mind that the more recent B760M Mortar Max motherboards come with marginally improved power delivery and I/O options.