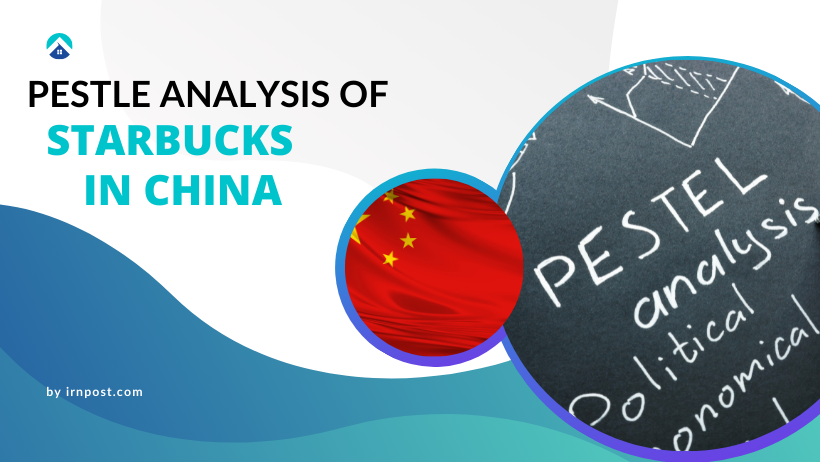 Summary: The pestle analysis of Starbucks in China proves this business can make substantial growth in future. . The company has a strong foothold in the Chinese market and it is expanding its operations in the country. China is a key growth market for Starbucks and the company is well-positioned to capitalize on the growing demand for coffee in the country.

Starbucks has a strong brand presence in China and it is expanding its store network rapidly. The company is also innovating its product offerings and marketing campaigns to appeal to the Chinese consumers. Overall, the pestle analysis of Starbucks in China is good and the company is well-positioned for growth in the Chinese market.

You can view here PESTLE analysis of starbucks in Australia.

Starbucks has been operating in China since 1999 and has established a good relationship with the Chinese government. The company has followed the government’s regulations and guidelines, which have helped it to grow its business in the country. However, the recent trade war between China and the United States could impact Starbucks’ business in China.

The political environment in China is generally stable, but there are some risks that companies operating in the country need to be aware of. One risk is the potential for labor unrest, as China’s economy has been slowing down in recent years, leading to layoffs and factory closures in some industries.

Additionally, the Chinese government has been cracking down on corruption, which could create difficulties for companies doing business in the country. Finally, China’s relationship with the United States has been strained, and this could lead to tension and potential trade disputes between the two countries. Despite these risks, China remains a significant market for Starbucks, and the company is continuing to expand its operations in the country.

The Chinese economy has been growing at a rapid pace in recent years, which has created a favourable environment for businesses like Starbucks. However, the country’s economic slowdown could impact the company’s future growth prospects.

China’s economic development has been rapid, and its economic environment has become increasingly complex. Starbucks has been one of the many foreign companies to enter the Chinese market.

The Chinese economy is still in a transitional phase, and its long-term development prospects are bright. However, there are some challenges that the country faces in the short-term. First, the Chinese economy is very reliant on exports, and a slowdown in global economic growth could adversely affect the country’s growth. Second, China’s high levels of investment could lead to a sharp slowdown in growth if there is a decrease in demand for its products.

Despite these challenges, China offers a number of opportunities for foreign companies.

Third, the Chinese government is committed to reforms that should improve the business environment and make it easier for foreign companies to operate in the country.

The Chinese people are becoming increasingly health conscious and many are willing to spend more on premium coffee products. This presents a good opportunity for Starbucks to grow its business in China.

The Chinese people have a strong preference for Western brands. which gives Starbucks a big advantage in the market.There is a growing middle class in China with more disposable income, which is good news for Starbucks.

The Chinese government is investing heavily in technology and infrastructure, which has created a favourable environment for businesses like Starbucks. The company has been able to take advantage of this by expanding its e-commerce and mobile payment platforms in the country.

In order to expand its operations in China, Starbucks must take into account the country’s unique technological landscape. China is home to many large and well-developed cities, but it also has many rural areas that are underserved by modern infrastructure. This can pose a challenge for Starbucks, as the company relies heavily on technology to support its business model.

Starbucks must ensure that its stores in China have reliable access to the internet, as the company’s ordering and payments system is entirely web-based. In addition, Starbucks must maintain a strong presence on social media platforms such as WeChat in order to reach potential customers.

The legal environment in China is constantly changing and businesses need to stay up-to-date in order to avoid any legal problems. Starbucks has been able to navigate the legal landscape fairly well so far, but there could be some challenges in the future.

The regulatory environment in China is constantly changing, and Starbucks must be aware of these changes in order to ensure compliance. For example, the Chinese government has recently implemented a new food safety law that requires all food and beverage companies to obtain a food production license.

The tax regime in China can be complex, and Starbucks must ensure that it is compliant with all relevant tax laws. For example, value-added tax (VAT) is levied on the sale of goods and services in China.

Employment laws in China are constantly changing, and Starbucks must ensure that it is compliant with all relevant laws. For example, the Chinese government has recently implemented a new labor law that requires companies to provide certain benefits to employees.

Environmental laws in China are constantly changing, and Starbucks must ensure that it is compliant with all relevant laws. For example, the Chinese government has recently implemented new regulations on air pollution.

The Chinese government is becoming more strict on environmental regulations, which could impact Starbucks’ business in the future. The company will need to make sure that it follows all of the relevant regulations in order to avoid any negative consequences.

The pestle analysis of Starbucks in China highlights both the opportunities and challenges that the company faces in the country. The company will need to adapt its strategies in order to continue growing its business in China.