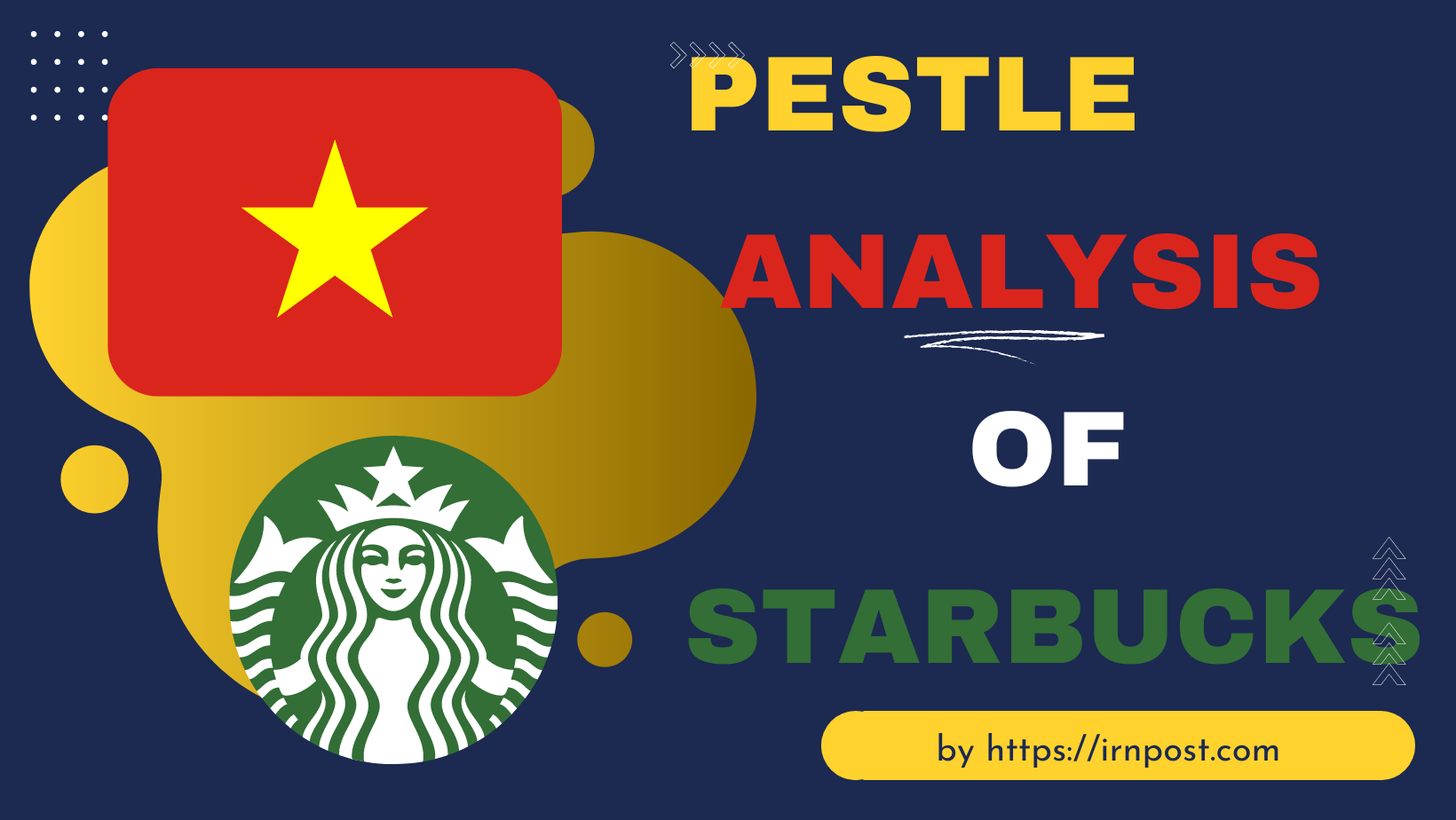 Summary: Starbucks is available only at 46 locations in Vietnam and a Starbucks coffee costs $8.18 only in Vietnam. So in this article we will look if there is any room for improvement for starbucks in Vietnam by conducting its PESTLE analysis.

Starbucks Vietnam offers a variety of coffee drinks, as well as food items such as sandwiches and pastries. The company has also introduced some local flavors to their menu, such as the Vietnamese iced coffee and the egg tart.

In addition to its regular stores, Starbucks Vietnam also has a number of concept stores, such as the Reserve Roastery in Ho Chi Minh City and the Starbucks Drive Thru in Hanoi.

PESTLE Analysis is about the six different factors that can have an effect on a business.  The factors are:

Political: This could include things like taxes, government policies and trade restrictions.

Social: This covers areas such as demographics, culture and lifestyle changes.

Technological: Changes in technology can impact a business, for example, the way products are made or distributed.

Legal: This could include employment law, health and safety legislation or data protection.

Environmental: This looks at the effect of things like climate change, natural disasters and pollution on a business.

PESTLE Analysis can be used to help you understand the different factors that can impact your business. It can also help you to make decisions about how to respond to these factors.

When you are carrying out a PESTLE Analysis, it is important to think about both the short and long-term effects of each factor. You should also consider how likely each factor is to change in the future.

Vietnam is a socialist republic, and the government plays a significant role in the economy. The Communist Party of Vietnam is the ruling party, and its policies have an impact on businesses operating in the country.

Vietnam has been moving towards a more market-oriented economy in recent years, and this has created opportunities for foreign companies to invest in the country. However, the government still maintains control over key industries such as banking and energy. So according to the political factor of Pestle analysis Starbucks will gain in business if they expand by opening more branches.

Vietnam is a developing country with a growing economy. The GDP per capita is increasing, and the country is attracting foreign investment. However, Vietnam remains a relatively low-income country, and poverty is still a significant issue. So according to the economic factor of Pestle analysis Starbucks will gain in business if they offer coffee a bit lower price.

Vietnamese consumers are becoming more affluent, and they are increasingly spending on discretionary items such as coffee. So according to the Social factor of Pestle analysis Starbucks will gain in business if they target more costumers in urban areas.

Vietnam has a young population that is well-connected to the internet. Social media is popular in Vietnam, and mobile penetration is high. Vietnam is an attractive market for tech companies, and many foreign firms are investing in the country. So according to the Technological factor of Pestle analysis Starbucks will gain in business if they target more young population on social media.

Vietnam has a legal system that is based on the civil law system. The country is a member of the World Trade Organization, and it has signed free trade agreements with a number of countries.

Vietnam has been making efforts to attract foreign investment, and the government has introduced a number of laws and regulations to this end. So according to the legal factor of Pestle analysis Starbucks should open more branches by investing more.

Vietnam is a tropical country, and the climate is suitable for growing coffee. However, Vietnam is susceptible to natural disasters such as floods and typhoons. So according to the enviromental factor of Pestle analysis Starbucks should also consider growing coffee their.

PESTLE Analysis is a useful tool for any business, but it is especially important for businesses that are operating in a rapidly changing environment.

If you would like to learn more about PESTLE Analysis, there are many resources available online. You can also find out more by speaking to an expert in business strategy.

PESTLE Analysis of Starbucks in UK

Ways to Make Money Online Even if you Have No Experience, Skills or Talent!