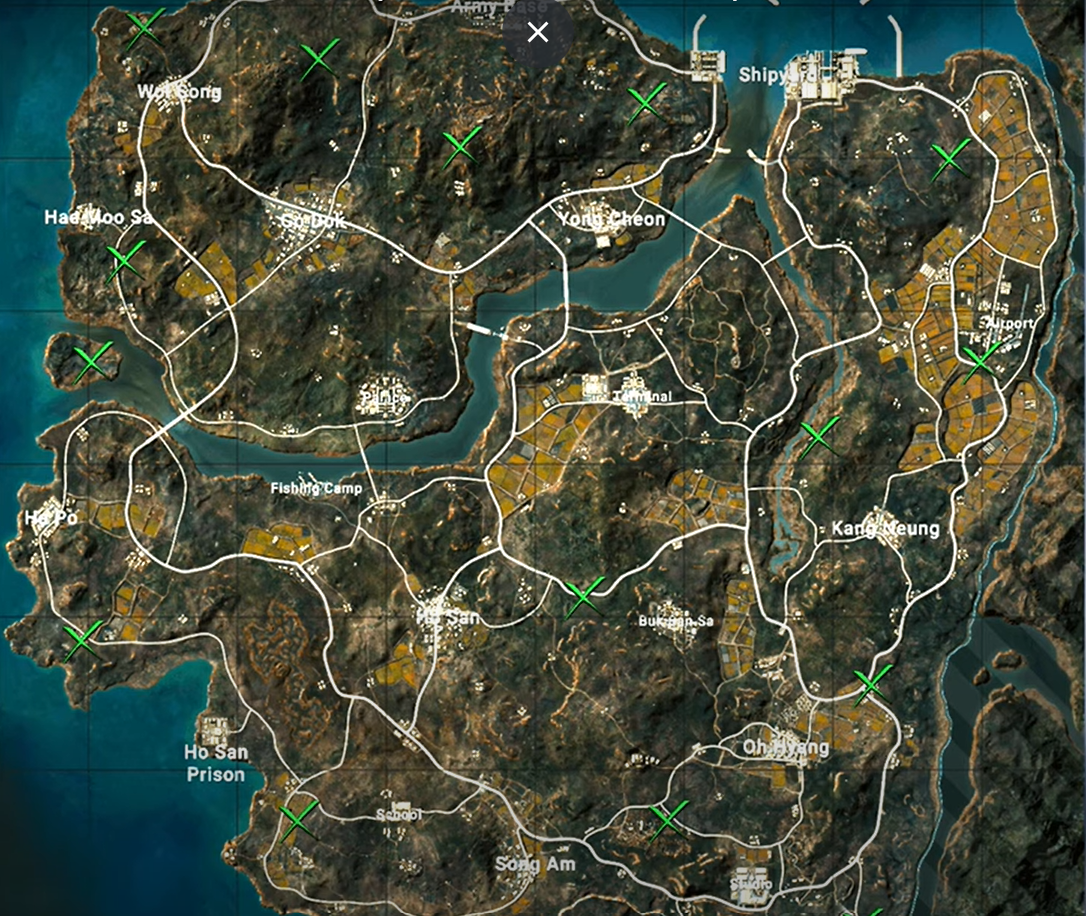 The pubg tago secret rooms allows players to collect extremely powerful loot without needing to scavenge in populated areas or take it from others.

Things To Consider While Following the Map Locations

All across the map they look like regular buildings for the most part but don’t stand out too much. However you can note a secret room’s location by the locked doors unlike the parmo map all the secret rooms can be opened during a single match. As tego doesn’t have the same dynamic and randomized elements it mostly comes down to look if you can get inside one of the pubg tago secret rooms as you need a key.

First these keys aren’t found in specific locations they are instead randomized meaning they can be looted anywhere on the map during regular scavenging. So if you really want to get inside a secret room it’s best to move around the map a lot and loot as many buildings as possible you can.

On Taego or Haven? Either way, there are a handful of areas around the map that they open, and you will find pretty good loot inside. Typically not as good as the loot you’d get off a drop, but still good. Remember haven has the rooms with guards so you would need to be careful.

In order to go inside Taego secret room in pubg you first have to find the secret keys and these keys are not easily available. Because these keys are available at random places.

What is the secret room key in pubg

As in Call of Duty: Warzone, players need to find Red Access Keycards in order to unlock the secret area.In this game players will have to rely on PUBG’s RNG to find one of these keys, which is a bummer.

How will you know that you have found the sceret key?

Once you find a key, it will be marked as a “Secret Room Key” in your inventory. A good rule of thumb is to head to the nearest square building on the map if you locate one of them while looting.

The Two Types of Gamers and Where Their Interests Align

When is Valorant Coming to Console