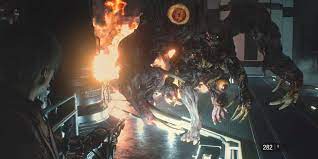 In a statement, Capcom announced that gamers’ Resident Evil 2, 3, and 7 save data from the PlayStation 4 and Xbox One may be transferred to the PlayStation 5 and Xbox Series X/S systems. The Resident Evil 7 Gold Edition will also feature all of the downloadable material that was previously only available on previous-generation systems. Further information will be provided as soon as it becomes available.

Resident Evil 2, 3, and 7 PS4 owners can upgrade for free

The PS5 updates will be available for free to anyone who already possess Resident Evil 2, 3, or 7 on PlayStation 4 systems. When you include in the save data transmission, this is a deal you won’t want to pass up. The next-generation versions of the games will have “cutting-edge technologies” like as ray-tracing, high frame rates, and 3D audio, among other things. DualSense support for haptic feedback and adjustable triggers will be available on the PlayStation 5 in particular.

We’re happy to confirm that save data from the original PlayStation 4 and Xbox One versions of these games will carry over to their respective upgraded versions. DLC that comes with Resident Evil 7 Gold Edition will transfer over, as well! https://t.co/FVVTPuHBQs

Although no specific release date has been given, Capcom has stated that the game will be available in the first half of 2022. We’ll keep our readers informed as soon as we receive further information on the improvements and save transfers.

Zarmena has written… In the past, Sony’s infrastructure has been notoriously finicky when it comes to upgrading from a PlayStation 4 to a PlayStation 5, as well as data transfers, so let’s hope the Resident Evil 2, 3, and 7 transfers aren’t yet another source of embarrassment for the company and a source of frustration for players. I can’t emphasize enough how much Sony needs a system akin to Microsoft’s Smart Delivery, especially now that we’ve been using the current generation for more than a year.

Aside from that, the PlayStation Store’s Mega March sale, which begins today with another round of discounts, has resulted in Xbox Series X/S outselling the PS5 for the first time in Europe due to supply problems.