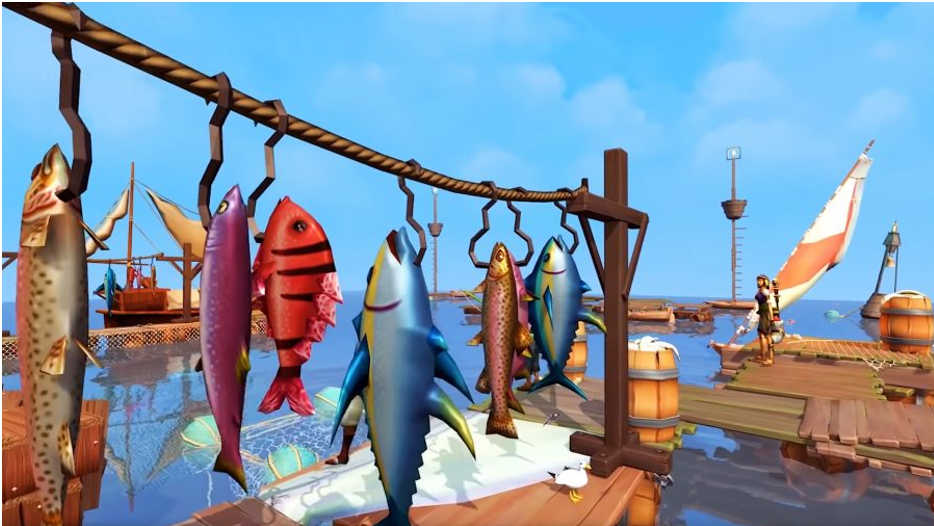 Since its first release in 2001, over 260 million RuneScape accounts have been generated. This fantasy MMORPG has a lot of users, which might be scary if you’re just starting out. Unless, of course, you’re accompanied by an expert navigator.

Signing up is required before you can begin exploring Gielinor. An email address, birthday, and display name are all you need to get started in RunScape. In order to get started, you’ll need to download and log into the Jagex MMO’s game client and establish an account, as well as go through the tutorial.

After you’ve completed the lesson, what’s next? In a big virtual world full of things to do, does the excitement of fighting appeal to you in RuneScape? Or would you want to solve riddles and rescue NPCs in perilous quests? If you’d rather sit by a river and talk to your clan members while you fish, that’s OK too.

In order to help you get the most out of your first few hours in RuneScape, we’ve put together this useful guide. In little time at all, you’ll have found your own little slice of Gielinor.

A beginner’s guide to RuneScape

The tutorial will take you to Gielinor, where you’ll be placed on the Path System. For both new and returning players, it is highly advised that you follow the Path System, which will guide you through a variety of features. The Daily Challenges and creating a bank PIN are also included in this. Along with these adventures, you’ll learn the basics of the three types of fighting in the game: melee, magic, and ranged.

Starting equipment and experience lights are also provided through the Path System, which helps you improve your fighting skills right away. After completing the course, you’ll be able to explore on your own or take a different path if you choose. You’ll find Paths that educate you more about the game’s mechanics or ones that inspire you to explore the universe deeper.

However, you may disable the Path System and go exploring at your leisure in Gielinor. When you’re ready to switch paths, click ‘Switch off path’ on the Adventure Tab’s Path drop-down menu. Keep in mind that while you will lose progress on the present assignment, you will not lose any quest progress in general.

SET OFF ON AN ADVENTURE

You may begin your hunt for adventure when you leave the trodden road and the lessons behind. This information may be found on the Quest List page, where you can view a complete list of all possible adventures, as well as the diary entries in equipment and skill experience. This section includes information about the quest’s start location, difficulty level, prerequisites, suggested items, and prizes. Quite useful, to be honest.

There are plenty of tasks for free-to-play gamers in RuneScape. Gertrude is a fantastic place to start if you’re looking for a new best friend in west Varrock. By the time you’ve finished her mission, you’ll get a cat and a little bit of culinary expertise. You’ll also find the One Piercing Note task, a murder mystery to solve near the Abbey of St. Elspeth Citharede, east of Al Kharid.

There are over 220 missions in RuneScape, and even if you just have an hour or two to spare, they’ll keep you busy. Also, they’re frequently really amusing, illustrating how clever and self-referential the game is. Remember to activate the lodestones you come across on your journey, since they provide a means of transportation for free. 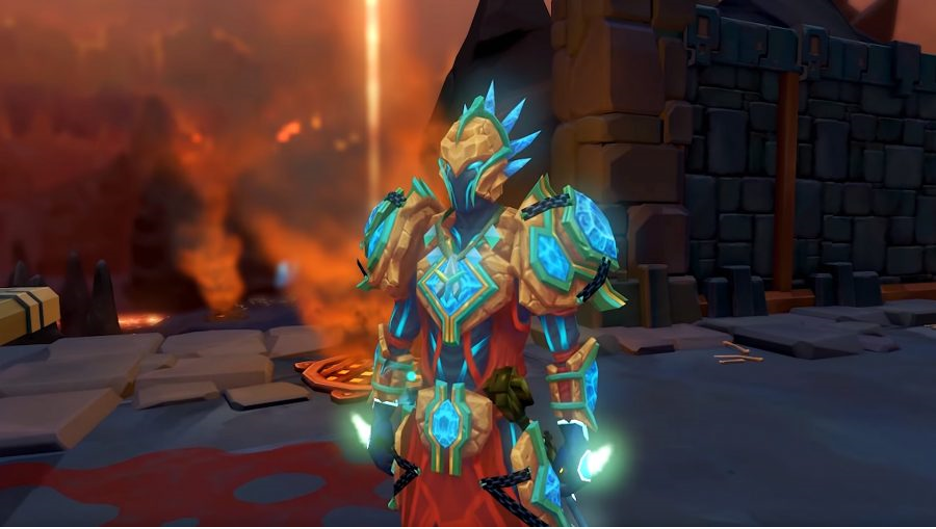 BUILD UP YOUR CHARACTER

It’s hardly a surprise that RuneScape has a strong emphasis on levelling up your character’s talents, which unlocks new powers, equipment, and challenges. Free-to-play gamers get access to 17 of the game’s total 27 talents. Members-only talents like Divination are still accessible to you, but you can only train them to level 5 whereas conventional skills may be trained to level 99. In fact, there are even some that reach 120.

We encourage that novices diversify their training across all of their talents, rather than focusing on just one, in order to build a well-rounded character. However, the entire experience is really laid back and you can decide how much involvement you want to have in the process of skilling. There are no lessons to worry about either, so you may try your hand at anything interests you.

Fishing is an excellent way to learn how to cook since you may practise both skills at the same time. Afterwards, you may either sell your haul or save it for long battles (no, not as weapons–you can eat them to replenish health).

The Lumbridge Catacombs, on the other hand, is a great place to start if you’re want to focus on fighting. However, you’ll need to finish the Blood Pact quest before you can enter it. You may also make money by selling the sculptures you find in the catacombs while you’re exploring them.

In the meanwhile, right-click on your selected talent in the Skill tab and set an XP or level goal for yourself.

GET A HANDLE ON COMBAT

The Evolution of Combat (EoC) upgrade, published by Jagex in 2012, fundamentally altered the nature of combat in the MMO. You may now use two weapons at once and ranged weapons as well as magic. Legacy Mode, which reduces battle to auto attacks and special strikes for those who desire it, is still available for those who prefer the older type of fighting.

You’ll be asked if you’ve ever played RuneScape when you create your character. Legacy Mode is the default if you select “Never played,” however it’s a good idea to switch to EoC combat as soon as you feel confident. Learn and grow in confidence in the Lumbridge Catacombs.

Remember to join a clan to take advantage of the social component of RuneScape. It’s better to visit the forums for RuneScape, where there are several clans-related threads. For those who want to get in touch with the community, there’s a place to do so. If you want to search for clans on your own, there are five distinct boards for each type of clan: those for players with combat levels under 100, those for people with combat levels over 100, those for skilling clans, and those for social clans. You’ll quickly be making new acquaintances if you take your time to discover the appropriate clan for you.

If you’re having trouble with a quest or skill, check out the RuneScape Wiki, which has all the information you could ever need about the game. As an option, you may try out RuneScape Twitch Prime by upgrading to a subscription (you can do this for free with this package). Have a great time on your journey!

What is OSRS GOLD? 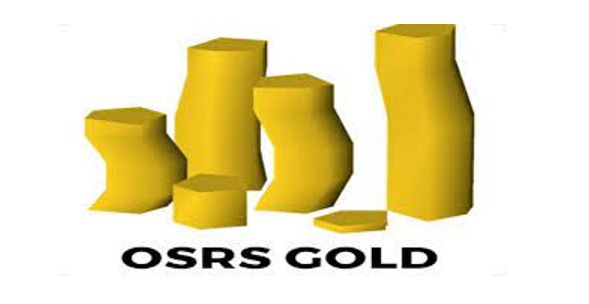 It is called OSRS Gold, or RuneScape 3 gold, or RS3 Gold, and it is used in the game. Players can exchange harpoons, other equipment, or even a different version of the game using the cash. If you want to buy RS 2007 Gold you can consider this site rsorder.

Whether or not it is cheap or costly for players to buy gold depends on the player’s encroaching gold shortage. Gold farming is a viable method of making people rich in-game.

The game’s economy allows players to amass wealth. Farming gold is the only way to meet the criteria, although most players are unable to do so. Ultimately, gamers must buy the money and keep an eye out for low-priced OSRS gold in order to play.

Why Do You Need OSRS GOLD?

OSRS Gold is used by players for a variety of purposes. Weapons, inventory goods, and anything else a player desires are all available for purchase. If you have a lot of gold, you’ll be able to buy nicer items than other gamers.

The reasons why players require OSRS Gold are as follows:

Sell it as real-cash

It may come as a shock to some, but OSRS gold is frequently sold by gamers to other players for real money. Boosting a character’s stats using in-game cash is possible, as it is necessary to do so. Everybody wants more gold in their bank account. Many marketplaces are also specifically developed for this purpose. OSRS Gold may be purchased and sold on a variety of websites as well.

Buy bonds with the OSRS Gold

A money-saving tool in the game, the bonds allow you to get coins and keys by purchasing them. In addition, there are a number of other advantages. It includes a safe option for gamers to join the game’s premium ranks.

Level up the character

In the game, it is regarded to be a huge bonus and one of the most evident advantages. OSRS gold is required for many players’ regular habit of power levelling in OSRS. In order to progress through the game, players can acquire more items and abilities. Skill sets that include anything from woodcutting to fire making to mining to fishing to cooking

Players may earn more gold than ever before, and combining gold boosts that gain double. After that, you’ll be able to upgrade your character’s stats and abilities by purchasing various in-game premium goods.

Top 5 Online Gambling Perks You Haven’t Thought About Yet

How to Double Clutch in GTA 5 – The Ultimate Guide