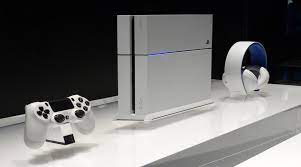 PlayStation customers will be able to subscribe to a single, multi-tiered gaming service beginning in June, which will be branded as PlayStation Plus, according to a statement released today by the gaming giant, which confirms previous reports. In light of the fact that its primary gaming competitors are continuing to beef up their own subscription services, Sony is attempting to sweeten its subscription options.

Sony is combining its popular PlayStation Plus service, which has 48 million customers, with its underwhelming PlayStation Now retro gaming plan, according to the company’s press release.

While some may see this as Sony’s response to Microsoft’s Game Pass idea, Sony is just repackaging what the company has already been doing for a long time.

The big picture: While subscription plans for game libraries do not now dominate their respective industries in the same way that movie and music subscription plans do, the largest companies in the industry have clearly identified them as a vital component of their business moving forward.